Jordan Love was drafted by the Green Bay Packers in the first round of the 2020 NFL draft.

It was a surprise selection. Aaron Rodgers is the Packers quarterback. The future hall-of-fame passer is old but is still playing some of his best football. Rodgers was sidelined last week after contracting Covid-19. He has since become a figure of great controversy in America.

Despite being developed for more than a year by Matt LaFleur and the Packers coaching staff, Love couldn't move the offence in his debut.

He completed 19 of 34 passes for 190 yards and finished with a lowly passer rating of 69.5. Despite the Packers defence containing the Chiefs offence, Love couldn't muster a second touchdown drive to win the game. According to OTB Sport's Cian Fahey, the speed of the NFL was too fast for the 23-year-old Love.

"Love is clearly not comfortable with the pace of the game," Fahey said.

"He is not showing any pocket presence. His arm talent is not what the Packers wanted it to be. They probably compared him to Patrick Mahomes because that was the popular comparison [at the time].

"His ball placement and accuracy were absolutely erratic. He was not throwing to receivers, he was throwing into the general area of his receivers and hoping they would come up with the ball."

Love's biggest play of the game was a heave to Randall Cobb after he rolled into the flat. It was a broken play rather than a structured one. When playing within the structure, Love repeatedly overthrew wide-open receivers or put the ball in the wrong spot relative to the coverage. It was the kind of quarterback play that most franchises are used to.

But not the Packers.

By drafting Love, the Packers made him their future. The franchise has a lineage of supremely talented quarterback play dating back to the 1990s. That was when Brett Favre was one of the biggest names in all sports. Favre was a gunslinger, he played off the cuff and created big plays. Rodgers came in and created big plays, but elevated the position by showing more efficiency within his offence.

In his first game, Love's performance suggests he won't do either. 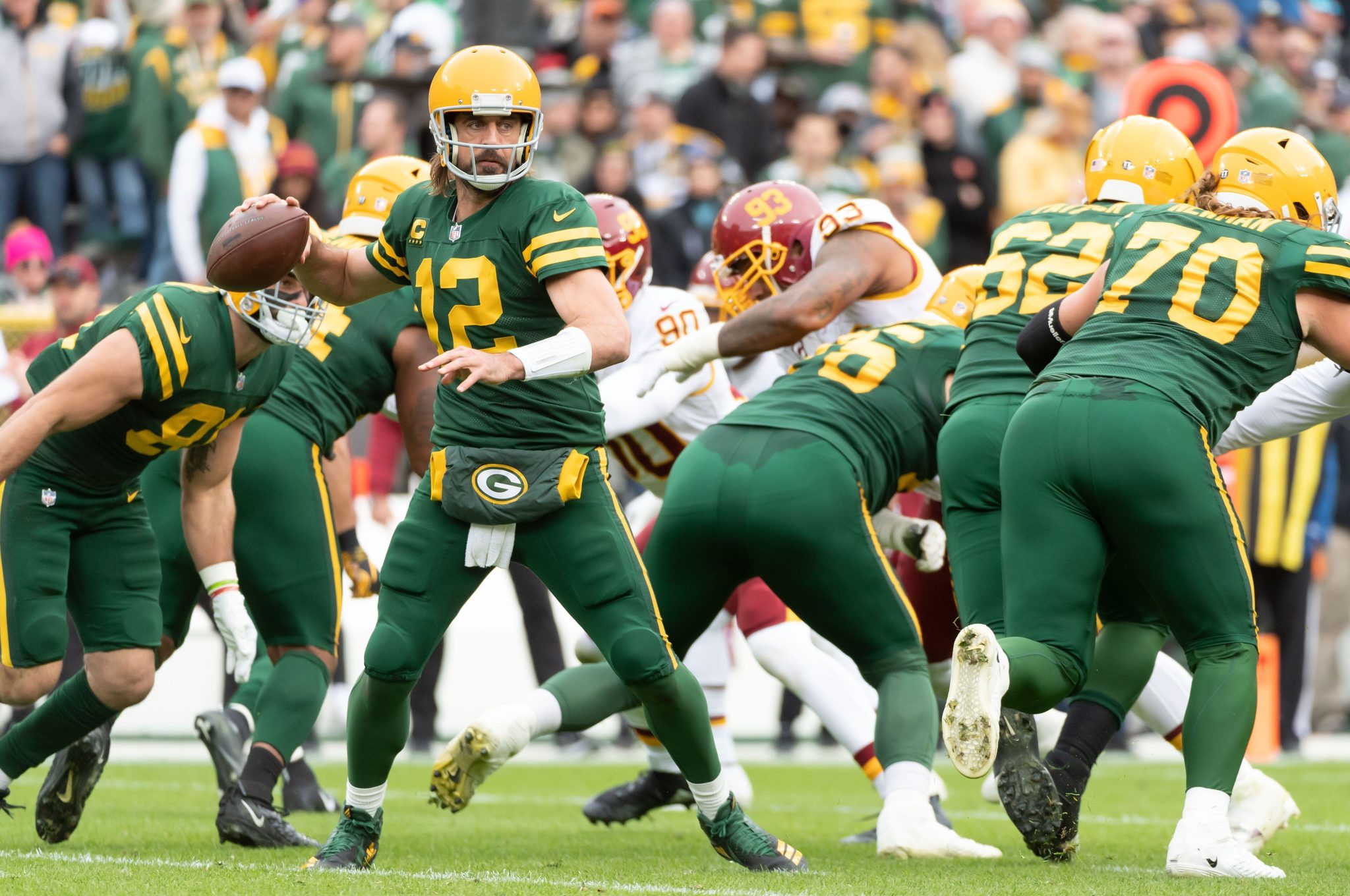 The Packers struggled on the field this week because of Rodgers' absence. His presence hit them off the field too, as the organisation was fined $300,000 for breaking Covid protocols. Rodgers didn't wear a mask when speaking to the press despite not being vaccinated.

In a statement to ESPN their president, Mark Murphy accepted the punishment from the league.

"We respect the League's findings and we recognise the importance of adherence to the COVID protocols to keep our team and organization safe and healthy," Murphy said.

"We will continue to educate the team regarding the importance of the protocols and remain committed to operating within the protocols."

While Rodgers was supportive of Love's effort on Sunday, there are certainly questions to be asked of the Packers long-term strategy. If they are to replace Rodgers at some point in the near future, is Love the correct fit for a team with title aspirations?

"I don't know how much Rodgers believes what he was saying about Covid and vaccines the last couple of weeks," Fahey said.

"I know for sure he did not believe what he said about Love this week. He said Love was very impressive and put up a good showing and it was a good foundation to build on.

"You could just see Rodgers is like 'they tried to replace me with this guy?'

"It is so frustrating for the Packers because I imagine they brought Love through to sit him and develop him and then you put him in and he looks like this. That gives you no sort of confidence in moving on from Rodgers.

"It does not give you any confidence in justifying the draft pick you spent on him and traded up to get him [in]."

Ultimately, the buck stops with the hierarchy at the franchise and Fahey was quick to highlight the failures of the Packers front office over the past several years.

"It is a very concerning game if you are a Packers fan looking to the future," he continued.

"It is just further proof that the front office there has been an absolute shambles for years."

The Greenbay Packers return to action on Sunday 14th of November when they take on the Seattle Seahawks.

The Snap on OTB, brought to you in association with the Aer Lingus College Football Classic. Be the first to get tickets to see Northwestern Wildcats vs Nebraska Huskers at the Aviva Stadium on Saturday 27th August 2022 through the official game presale on Friday 19th November.