For the first time in 50 years, the Kansas City Chiefs have got over the line and won the Super Bowl.

Trailing by 20-10 in the fourth quarter of the game, Chiefs quarterback Patrick Mahomes produced another playoff comeback to defeat the San Francisco 49ers.

However, speaking on Monday's OTB AM, Mike Carlson said that he thought Mahomes’ trademarked Midas Touch had met its match in the form of San Francisco’s formidable defence.

“I think it was in considerable doubt.

“If you look at the stats at the end of three quarters, Jimmy Garoppolo looked like a Super Bowl MVP and Patrick Mahomes looked like someone who maybe got a little bit nervous in his first Super Bowl at age 24, or maybe just the victim of a great defence,” he said. 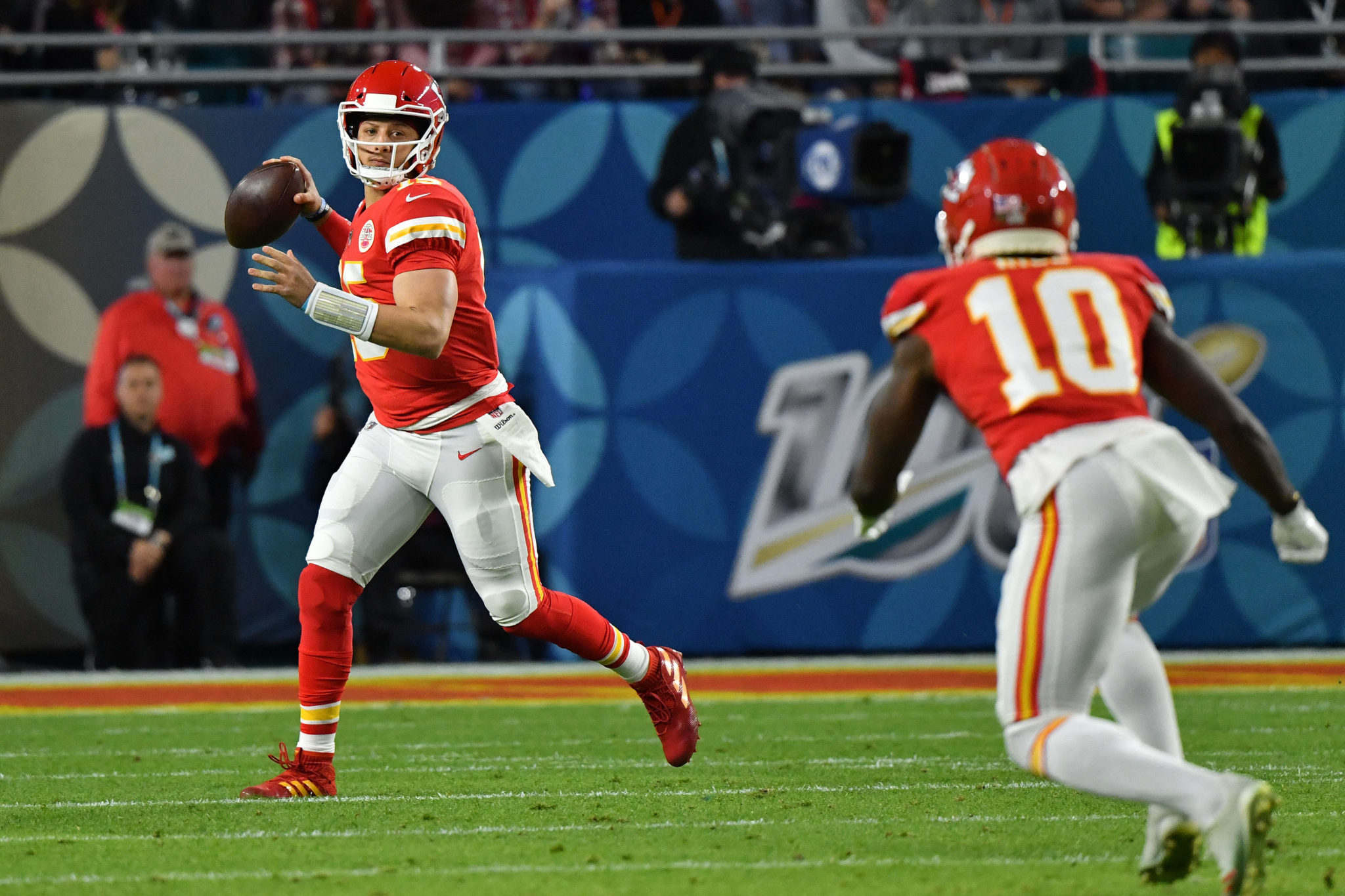 Carlson explained further that between the 49ers’ game plan unraveling and Patrick Mahomes saving his best for last, the Chiefs surged back in the fourth quarter.

“For three quarters San Francisco played a pretty good defensive game and in the third quarter, they had dominated the game to the point that you thought San Francisco could do enough offensively in the fourth quarter to make it difficult for the Chiefs to engineer that comeback.

“But Mahomes, with a combination of managing to escape a couple of sacks and throwing a couple of brilliant passes on the move, lead them back,” Carlson said.

This is just the third time in Super Bowl history that a team with a lead of 10 points or more had gone on to lose. What may be particularly upsetting for 49ers fans is that their head coach, Kyle Shanahan, was involved in two of those collapses.

The other being when the Atlanta Falcons gave up a 28-3 lead to the New England Patriots in Super Bowl LI when he was the Falcons' offensive coordinator.

“For me, the big takeaway will be whether Kyle Shanahan is blamed.

“It was an amazing game because it was interesting from start to finish and it was between two really good teams who were prepared for each other and had to overcome obstacles,” he said.

The feel-good story though is that after 28 years coaching in the NFL, Chiefs head coach Andy Reid won his first Super Bowl.

“He didn’t make a big thing about the monkey on his back.

“He didn’t make the kind of game management and clock management mistakes that would be associated with Andy Reid.

“He’s the perfect relaxed coach for a quarterback like Patrick Mahomes who is going to make a few mistakes but can rely on to produce points in bunches for you when you fall behind.

“There was no panic on the Chief’s bench, no sign of a grimace from Andy Reid when they fell 24 points behind to Houston and that was the kind of attitude we saw here in the Super Bowl,” Carlson noted.