OTB Sports Cian Fahey looks over the Week 13 slate of NFL games and picks each game against the spread.

It's a big weekend for the Kansas City Chiefs as they look towards a spot in the NFL playoffs.

We didn't think we'd be here, but we are. The Kansas City Chiefs are somehow back atop the AFC West.

Andy Reid's side is 7-4. They've won four games in a row while the Chargers have lost four of their last six NFL games. If the Chiefs beat the Denver Broncos this weekend and the Chargers lose again, they will have a two-game lead in their division. At this stage of the season, that pretty much guarantees they'll make the playoffs. Unless disaster strikes.

But wining the division doesn't mean anything for this team. The 2021 Super Bowl runners up and 2020 Super Bowl winners must prove that they're one of the best teams in the league again.

Mahomes needs to be better. Travis Kelce needs to stay involved. Reid's creativity isn't at the peak that it's been at previously and the rebuilt offensive line needs to come together for the final stretch of the season. It's very possible that the Chiefs have flicked a switch and are their old selves again, but they need to prove it this weekend.

The Broncos aren't a good NFL team but they're far from a bad one. They can win Kansas City if given the chance. If Mahomes is on point and the offence runs as designed, they won't be given a chance.

Our search for a great NFL team in the 2021 season continues to rage on.

Arizona Cardinals -7.5 over the Chicago Bears

As much as it's hard to trust the Arizona Cardinals, they are one of the best teams in the NFL when healthy. The Bears scraped past the Detroit Lions without Justin Fields, a win that acts as a loss because it keeps Matt Nagy around. Nagy's failings will continue to haunt the Bears for the rest of the season. Furthermore, it's a bad roster dealing with injuries.

If anything makes sense in the NFL, the Cardinals win this game by 14+.

Indianapolis Colts -9 over the Houston Texans

Jonathan Taylor was kept in check for most of last week's game. That shouldn't happen this week. The Buccaneers are one of the best teams in the NFL, the Texans are one of the worst. And even without considering that, the Colts should have won last week. They dropped interceptions and made unforced errors that pushed the game out of reach.

Tyrod Taylor and Brandin Cooks need to have huge games to stay within 10 points. 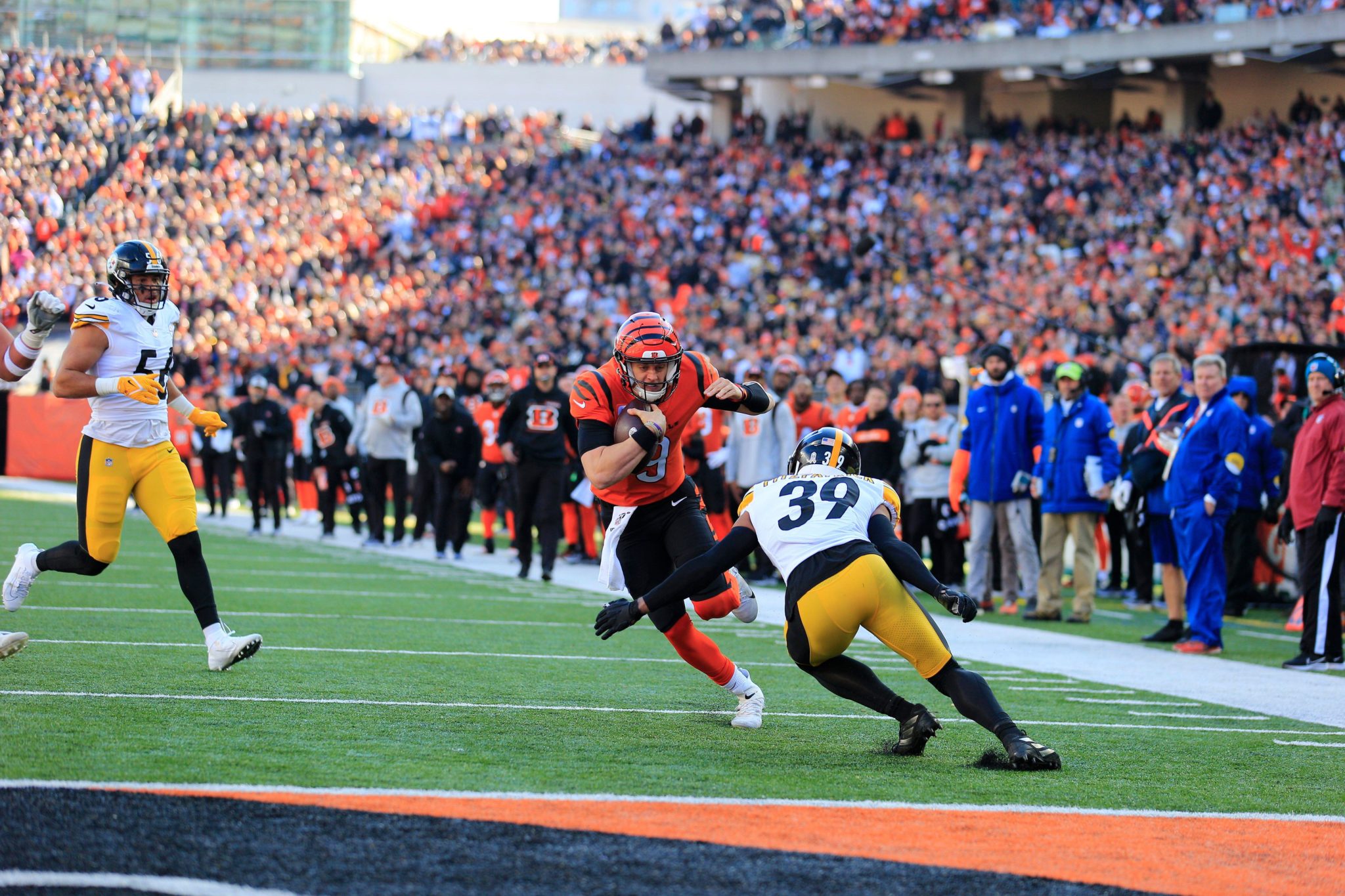 The Bengals blew out the Steelers last week. The Chargers had another flop of a performance. It's hard to know exactly what's gone wrong with the Chargers this year, everyone is underperforming at this point. The Bengals have had great games and horrible games this year. Joe Mixon carried the offence last week while the defence continued to play well.

Minnesota Vikings -7 over the Detroit Lions

The Lions proved last week just how bad they are. Even the beaten-up Bears team with Matt Nagy won in Detroit on a short week. The Vikings have too much firepower on offence even without Dalvin Cook.

Jaylen Waddle had a huge game last week. Tua Tagovailoa was effective and the game was easy. While the Dolphins are on a hot streak and the Giants are a similar opponent to the Panthers, it's just hard to buy into the consistency of the offence. It should be a close game, so the most likely result is the Dolphins winning but not covering.

Jalen Hurts isn't the answer for the Philadelphia Eagles. That's clear by now. But he should rebound after a rough game last week. The Jets offer nothing defensively and only sporadically play competent offence. It might be a case of one team making more mistakes than the other, so the safer bet is Hurts over Wilson at this stage of their respective careers.

The Buccaneers were disjointed on offence last week. Tom Brady will see that. They can use the Falcons as practice before they face an NFL team again next week.

If the Detroit Lions didn't exist, would the Falcons be the worst team in the NFL? It's hard to argue otherwise. And that's while acknowledging how bad the Houston Texans are and how disappointing the Jacksonville Jaguars are. Imagine if Trevor Lawrence was good, then the Falcons would really be exposed.

The Raiders offence is flashy. It creates big plays and has big-name players to rely on. But it's not particularly consistent or well-rounded. After moving away from relying on Josh Jacobs, they've created less consistency with the identity of the unit. That detracts against good defences. Washington have a good defence.

Coming off an impressive win against Seattle on Monday night, Washington have a chance of being the NFL team that makes a late run to the playoffs. 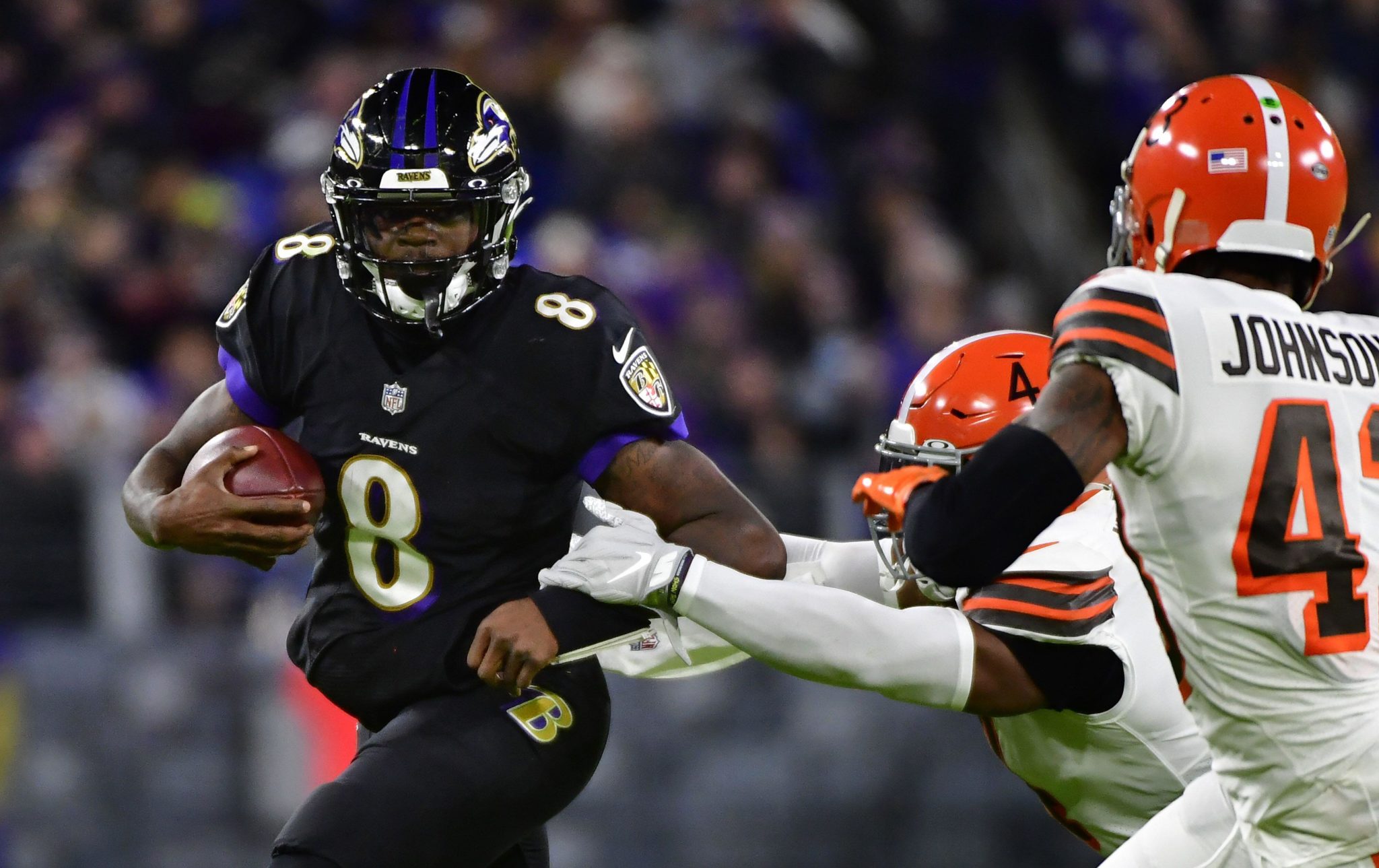 Baltimore Ravens -4 over the Pittsburgh Steelers

Lamar Jackson can throw another four interceptions this week if he wants. They'll still beat that Steelers team.

Matthew Stafford's inconsistencies are on show for everyone to see. The Rams are disjointed and it's not Odell Beckham's fault. They'll still beat the Jaguars by 10 points, but it won't be the formality that it should be considering the quality of the respective rosters.

At what point do we start talking about Russell Wilson being traded in the offseason? It would make sense. The Seahawks need a full-on rebuild even without their first-round pick to rely on. The San Francisco 49ers are rounding into form, even while reports of Jimmy Garoppolo's departure in the offseason come to light.

Kyle Shanahan is in a play-calling rhythm and the offence is executing at a high level. This should be an easy win for the road team.

Maybe the Chiefs are back. This game will tell us a lot if they are. They need a big win, but the Broncos can be a sticky opponent with an efficient offence, a good running game and a defence full of playmakers. 10 points is a lot unless it's Patrick Mahomes of yesteryears.

The New England Patriots look like the best team in the league. Bill Belichick's defence is back to its best and Mac Jones is playing as advertised. He's not putting up big numbers, nor should he be expected to, but he's playing his role in a team that is built to win relatively low-scoring games. When he plays well, they can blow teams out.

Josh Allen could do with a big game against a good team. At home against their AFC East rivals, this is the biggest regular-season game of the year for the Bills.