NFL Week 12 picks against the spread are here. Thanksgiving features a matchup between the Dallas Cowboys and Las Vegas Raiders that could determine the playoff picture in the NFC.

It's Thanksgiving Week in the NFL and the playoff picture is starting to take form.

The Dallas Cowboys welcome the Las Vegas Raiders on Thursday.

Dak Prescott's offence struggled without Amari Cooper last week. Prescott turned to CeeDee Lamb and Michael Gallup, but the offence was held to just nine points. Ezekiel Elliott was hurt during the game and Prescott threw two interceptions. It ruined a strong performance from the Cowboys defence as they held Patrick Mahomes and the Kansas City Chiefs offence to 19 points.

With Tom Brady's Tampa Bay Buccaneers underachieving so far this year, there is an opening for the best team in the NFC. Before last weekend's loss, the Cowboys were in the perfect position to become that team.

The Raiders have had a disastrous season off the field with Jon Gruden's dismissal and Henry Ruggs' arrest. Derek Carr has struggled on the field too, leading to a very inconsistent offence week-to-week. The Raiders are likely entering a full-on rebuild after this season so they're basically just playing the role of spoiler at this point.

Chicago Bears -3 over the Detroit Lions

Losing to the Baltimore Ravens backs is bad. Matt Nagy's job is on the line and it should be, so this is a vital game for him. Fortunately, the Detroit Lions are so bad that Nagy has a chance of winning this week. Justin Fields is showing enough that the Bears can be excited about his future and he should be good enough to move the ball against the Lions defence.

Even if he doesn't, the Bears defence is liable to score.

The Las Vegas Raiders have endured the worst season imaginable so far. Recent performances have not indicated that change is coming. The Dallas Cowboys lost a game they should have won last week. The Cowboys are the home team and Dak Prescott doesn't normally have two bad games in a row so the rebound is the easy choice.

Josh Allen had one of the best games of his NFL career against the New Orleans Saints on primetime two years ago. But he's coming off one of the worst games of his career. The Saints defence is very good and Allen struggles against defences that don't give him easy plays. But still, the Bills should do enough to win the game, just not by a touchdown.

Jacksonville Jaguars +1 over the Atlanta Falcons

It's the exact opposite of Sophie's Choice.

Carolina Panthers -1.5 over the Miami Dolphins

Cam Newton showed enough last week to suggest he can be an effective NFL starter for the Carolina Panthers. The Panthers coaching staff used different play designs and got creative to take advantage of Newton's skill set. He was accurate on short and intermediate throws, but didn't work the deep ball at all. Newton's ability to run will be vital, he made more than one key play last week with his legs.

The Miami Dolphins are a mess and will continue to be a mess.

Sophie's Choice has a sequel??? 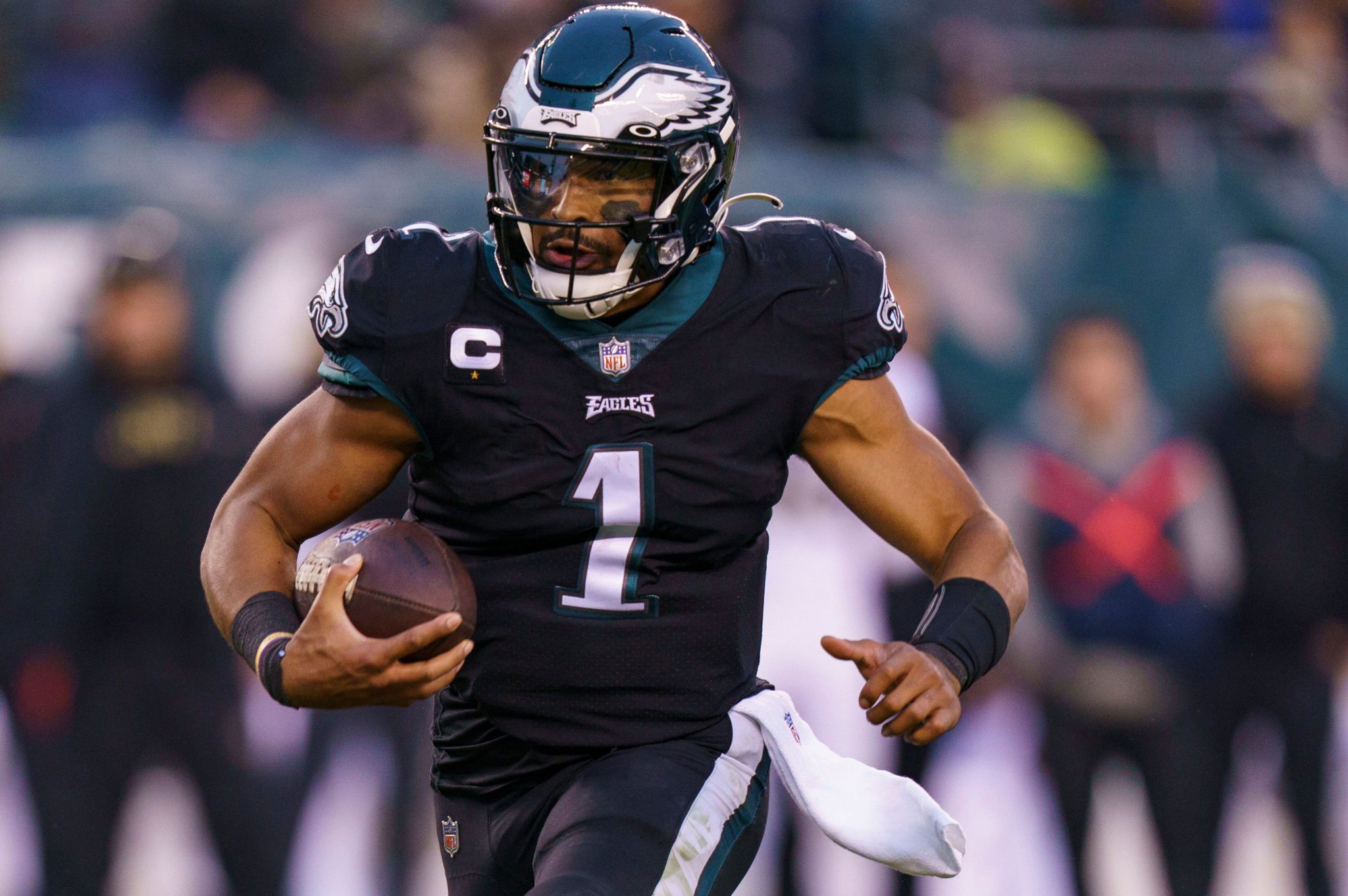 Considering their recent performances, it's hard to understand how this line is only 3.5 points. The Tampa Bay Buccaneers beat the New York Giants so badly they fired Jason Garrett. Freddie Kitchens will breathe some life into the Giants play-calling, but the truth is that Daniel Jones just isn't good enough for the NFL.

Jalen Hurts might be good enough. He's rounded back into form over recent weeks and led an effective Philadelphia Eagles offence.

Cincinnati Bengals -4.5 over the Pittsburgh Steelers

Jonathan Taylor's touchdowns destroyed the Buffalo Bills. He'll have a big game this week again, but the Buccaneers offence got back on track against the Giants on Monday night. They should do enough on offence and create turnovers against Carson Wentz to win comfortably.

Ryan Tannehill and the Tennessee Titans offence are a mess. Everyone is hurt and they can't win one-on-one on the outside. The New England Patriots defence is the last unit you want to face in that scenario. The Patriots will create turnovers and Mac Jones will move the ball to get the offence in scoring position.

Are the Patriots now Super Bowl contenders? They're at least one of the best teams in the NFL.

Austin Ekeler is still scoring touchdowns against the Pittsburgh Steelers. The Chargers will need him to play well again this week to keep the Broncos pass rush at bay. This should be a close game, but the Chargers just have more firepower on offence so they'll outlast the home team in the end.

The AFC West is the closest division in the NFL. None of the teams are bad, but none of them are especially good either.

Losing in the NFL is inevitable.

But losing to Kirk Cousins is not. Losing to Kirk Cousins in the final minute after taking the lead is incredibly frustrating. The Green Bay Packers have the firepower to keep pace with the Los Angeles Rams talented group, so really it comes down to who performs better on defence. Unless Matthew Stafford implodes again, the Rams should win this game.

Kyle Shanahan and Jimmy Garoppolo are back on track. The 49ers offence looks good again and the defence is more effective now than it was at the start of the season. Although the Vikings won last week, the flaws of the roster are still evidently clear. The 49ers could be that NFL team to make a late-season run and be a dangerous playoff team.

For as much as they've struggled this year, they're still 5-5.

Baltimore Ravens -3.5 over the Cleveland Browns

Lamar Jackson will be back this week. The Ravens pulled out an unlikely win against the Chicago Bears without him last week, and likely will endure another low-scoring game with him this week. Baker Mayfield and the Browns wide receivers won't create enough in the passing game against the Ravens secondary to keep pace.

Pete Carroll might be coaching for his job. This is not a good matchup for the Seahawks offence and considering how much they've struggled lately, it's hard to envision how they will turn their fortunes around this week. Even without Chase Young, the Washington defence has too much talent upfront.

Is this the final stretch for one of the best coaches in the NFL?

Decision on College Football Classic due in mid-June