NFL Week 10 is here but we still don't know what is going on. A week of huge upsets in Week 9 turned the league on its head once again. So what will happen in Week 11?

The NFL season is in full flight and creating as many storylines as ever.

Derick Henry brought Adrian Peterson back to the league.

Odell Beckham negotiated his release from the Cleveland Browns.

Aaron Rodgers has Covid-19 and some questionable opinions on the subject of vaccinations.

The last seven days have been crazy in the NFL. But more important than that, the performances on the field are matching the unpredictability. At different stages this season different teams in the AFC have looked like Super Bowl favourites. The Los Angeles Chargers. The Baltimore Ravens. The Buffalo Bills. Each of them excelled but then crashed.

In the NFC, the Tampa Bay Buccaneers are close to a consistent team, but the Dallas Cowboys just got blown out by the Denver Broncos at home. The Cowboys won without Dak Prescott the prior week. But they basically got shut out by the Broncos with him back. That makes no sense.

At the very least, it made more sense than the Buffalo Bills losing to the Jacksonville Jaguars. Josh Allen's offence didn't score a touchdown against Urban Meyer's NFL team. The Bills scored six points. The Jaguars gave up 29 points on average before that game.

While the Jaguars deserve credit for a great gameplan, it's startling that an NFL offence with so much talent fell apart the way it did.

We're 10 games into the regular season. We still have no clue who is good. Normally by now we have an idea at least.

Baltimore Ravens -7.5 over the Miami Dolphins

No matter who starts at quarterback, the Miami Dolphins are going to struggle to score. Jacoby Brissett needs the Dolphins staff to change their scheme for him. They won't. Tua Tagovailoa has an injured finger, so his status remains unclear. If Tagovailoa returns, the Dolphins can anticipate turnovers, sacks and big plays in the opposite direction.

Lamar Jackson needs a fast start so that should be the Ravens focus. Even if they don't get it, the Ravens won't feel under pressure until the very end of the fourth quarter. Jackson has plenty of comebacks lately. He's the comeback king of the NFL, but really he doesn't want to be in that position as regularly as he has been. 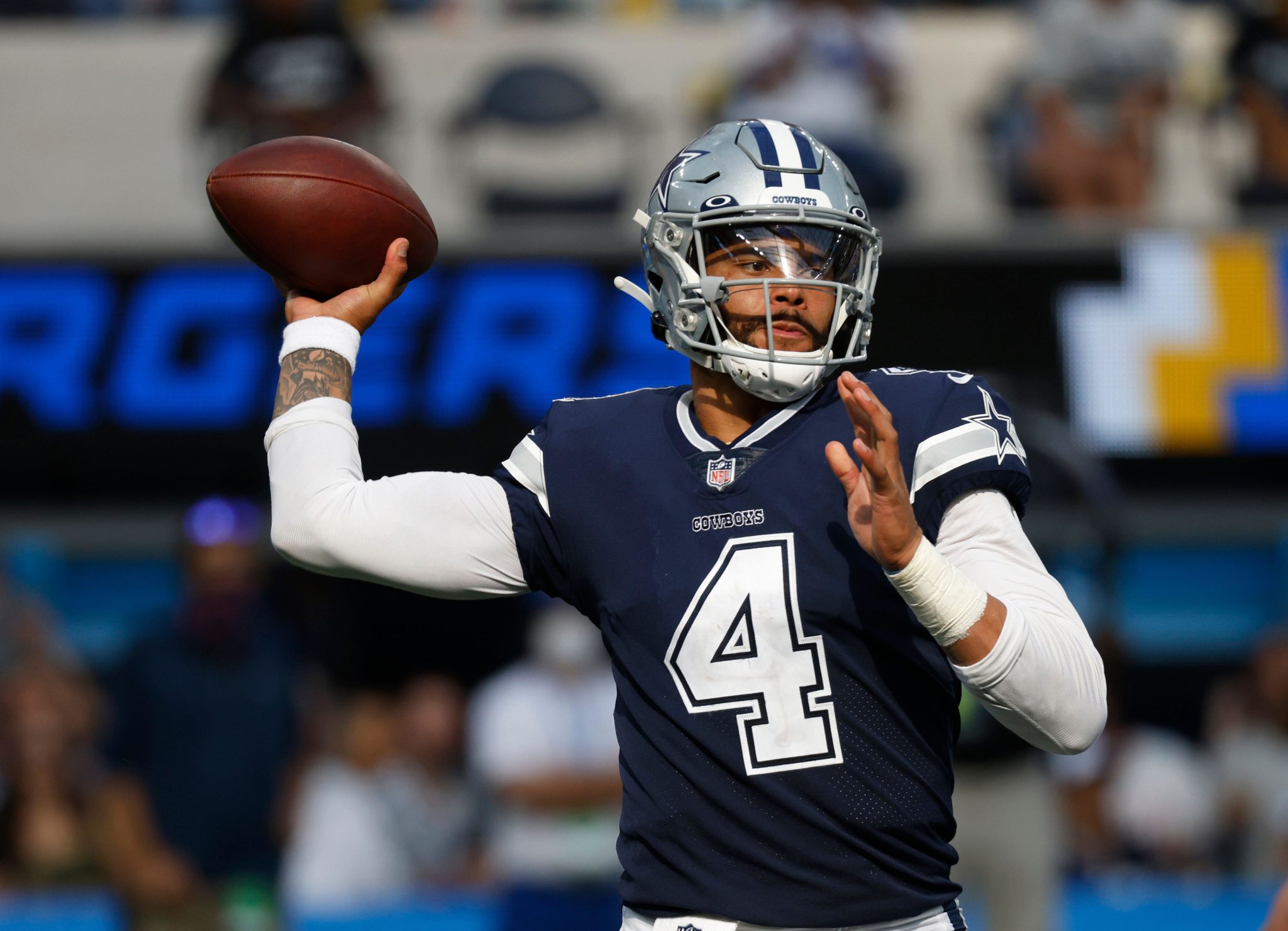 Dallas Cowboys -9 over the Atlanta Falcons

Dak Prescott wasn't good last week. But Prescott wasn't the problem either. The Cowboys failed on two fourth down attempts early in the game, which put them at an immediate disadvantage. When the Broncos were able to maintain drives by running the ball, the game quickly got away from the Cowboys.

The Falcons are a bad team and the perfect rebound opportunity for the Cowboys. The only fear is Cordarrelle Patterson running through that Cowboys front seven.

Josh Allen lived in the backfield last week. The Jacksonville Jaguars linebacker was pivotal for the Jaguars gameplan. He and Taven Bryan were able to repeatedly pressure Bills quarterback Josh Allen while the Jaguars played conservative coverage in behind. That gameplan worked.

The Jets can try to execute the same plays, but they don't have the pass rushers to pressure Allen in the pocket. It should be an easy rebound win for the Bills.

The post-Odell Beckham shine should only last one game. Bill Belichick will confuse Baker Mayfield. Mac Jones will make enough plays and the Patriots should run out comfortable winners at home. Mac Jones is continually improving the more games he plays. He looks like he belongs in the NFL, we're still questioning if Mayfield really does.

Pittsburgh Steelers -9 over the Detroit Lions

Jared Goff will suffer at the hands of T.J. Watt. The Lions are a bad team, maybe the worst in the NFL and they've proven it over and over again. The Steelers might cover the spread on defence.

Indianapolis Colts -10.5 over the Jacksonville Jaguars

The Bills needed to run the ball last week. They couldn't and they didn't commit to trying to run the ball because it's not their identity. Fortunately for the Colts, their coaching staff will stick to the run and Jonathan Taylor will put up big numbers. Taylor will force the Jaguars out of their preferred gameplan which will open up shot plays for Carson Wentz.

Urban Meyer's offence is not showing up at all. Trevor Lawrence's rookie season has been very disappointing so far and Marvin Jones is not involved at all. It's hard to know how this group gets better by next season, never mind next week.

It wasn't pretty on Monday night, but the Titans won without Derrick Henry. The highest-paid running back in the NFL wasn't directly replaced but the Titans found a way to win regardless.

Since the New Orleans Saints don't have a quarterback capable of picking apart the Titans secondary, this game should be low-scoring. And since Ryan Tannehill is the better quarterback and the Titans have enough talent to move the ball against the Saints defence, they should just about cover the spread at home. 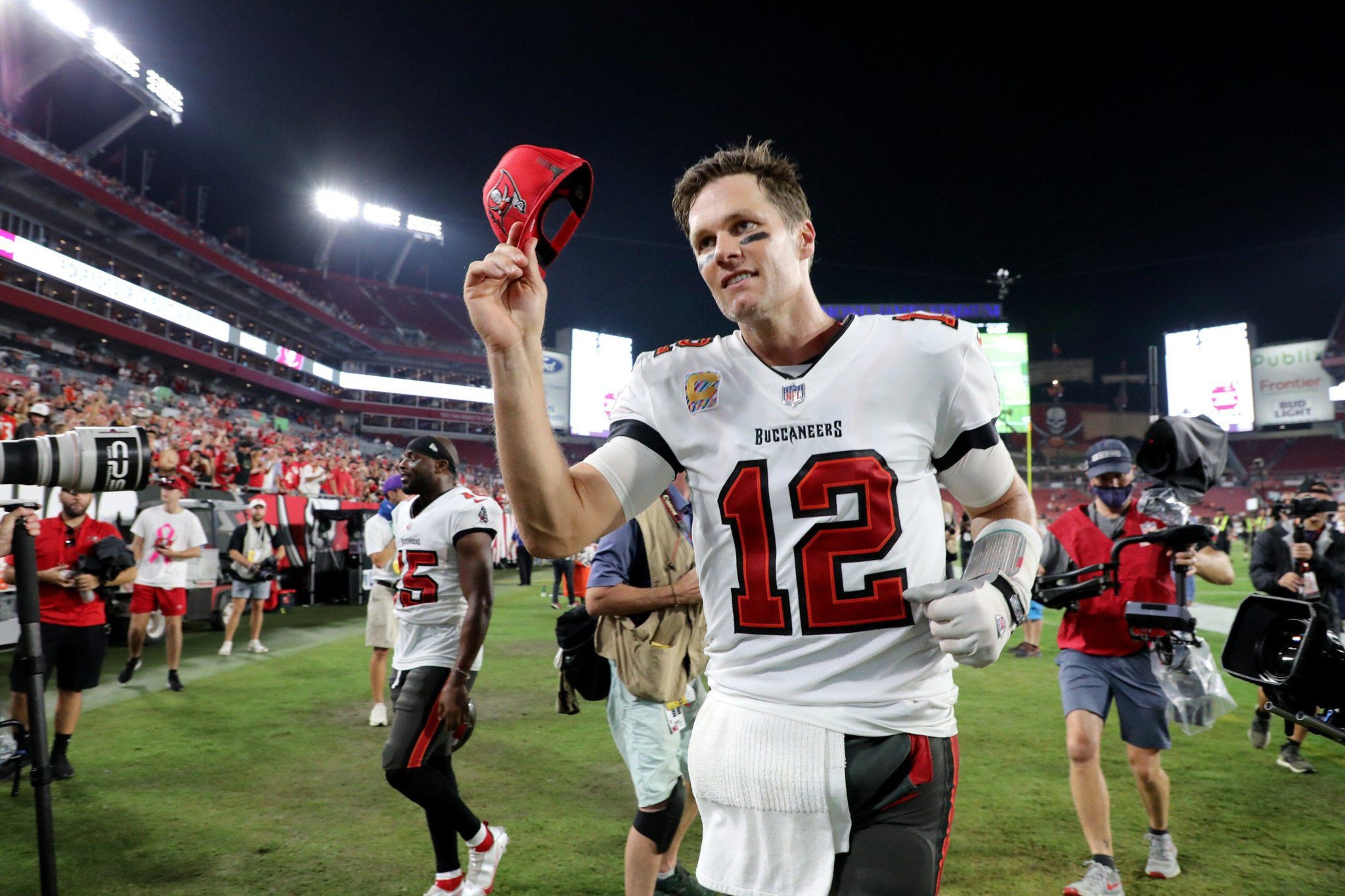 Washington's defence has been giving up bigger scores than expected this season. The defensive front is very good but the secondary on the back-end can't cover anyone. Tom Brady is the last quarterback you want to face when you have a leaky secondary. Tom Brady with this cast of receivers especially.

Arizona Cardinals -10 over the Carolina Panthers

The Panthers have come unstuck. First Sam Darnold predictably imploded and then the roster took injury after injury so that the team is significantly weakened heading to Arizona. Even if Kyler Murray doesn't play again, the Cardinals have too much talent for the Panthers to keep pace.

Something has to win out in this game. Either Dalvin Cook goes off against a shaky Chargers run defence, or the Vikings drop back to pass often enough for the Chargers pass rushers to take him out. Betting on Kirk Cousins mistakes is generally a safe play. But the concern is the Chargers offence.

Justin Herbert isn't playing at the same level as early in the season when he was an NFL MVP favourite. Mike Williams and he are no longer on the same page every drive. Keenan Allen needs to be more involved and the offensive line is predictably leaky.

Denver Broncos -3 over the Philadelphia Eagles

The Broncos dominated the Cowboys last week. Teddy Bridgewater played a clean game and the defence didn't miss Von Miller. Shutting down the Eagles offence won't be easy but it's hardly a tall task either. Jalen Hurts hasn't worked out as a full-time starter in the NFL and Jordan Howard is a focal point. That's not good.

While the Eagles defence has more talent than the Cowboys, the Broncos should still be able to run the ball and hit big plays off of play-action.

Russell Wilson is back. Aaron Rodgers is back.

Two bad teams with good quarterbacks meet in Wisconsin. Wilson is back early from his hand injury. His desire to play likely rushed a process that needed another week, so don't expect to get the best version of him against the Packers. Rodgers will be angry after the media storm of this week. Angry Aaron Rodgers tends to be very good Aaron Rodgers.

Even while winning last week, the Chiefs look horrible. This is how far they've fallen. Are the Raiders just a better NFL team?

Matthew Stafford's mistakes cost the Los Angeles Rams last week. They're coming off a bad performance but their overall level of talent should be too high for the 49ers. Kyle Shanahan's offence has lost its identity after the defence lost its talent.