Bill Belichick is the mater of intelligently drafting running backs that know how to run the ball in different ways for the Patriots.

Bill Belichick is the mater of intelligently drafting running backs that know how to run the ball in different ways for the Patriots, according to OTB Sports' Cian Fahey.

The Patriots beat the Bills on Tuesday morning (Monday night US time) in conditions not conducive to a good passing game.

While Fahey thought going into the match that the game could be rendered 'random' by the conditions, the intelligent coaching from Belichick saw the Patriots march home 14-10 victors.

This win not only showcased the coaching acumen of the Patriots' boss, however. It also demonstrated precisely how well the New England side draft in their running backs.

Speaking on this week's episode of The Snap, Fahey discussed that miserable Tuesday game against the Bills.

"Belichick went into it and decided to take all the randomness out of it," Fahey said. "He did that incredibly intelligently.

"Funnily enough, he wore a Navy [Midshipmen] face mask beforehand. If you are unfamiliar with the college teams, they generally just run the ball. They don't look to pass the ball.

"It is as if he was hinting at what he was going to do with his game plan."

The Patriots running back intelligence

For Fahey, the most important aspect of that game in Buffalo was how Belichick used the different skills of his running backs.

"I think this game really highlighted the way in which the Patriots draft running backs," Fahey said. "It wasn't just [Damien] Harris.

"Harris broke off the big play at the start of the game. The other backs they have, even Brandon Bolden who feels like he's been there for 20 years, they have guys who can run all different play designs.

"If you want to run a counter play, you are misdirecting, moving the defence left and you go right. If you want to use a trap play, they have to be a little bit patient before accelerating.

"If you want to toss the ball outside, they show the patience to wait for their blockers to get outside. If you just run between tackles ver and over again. They can all do this. 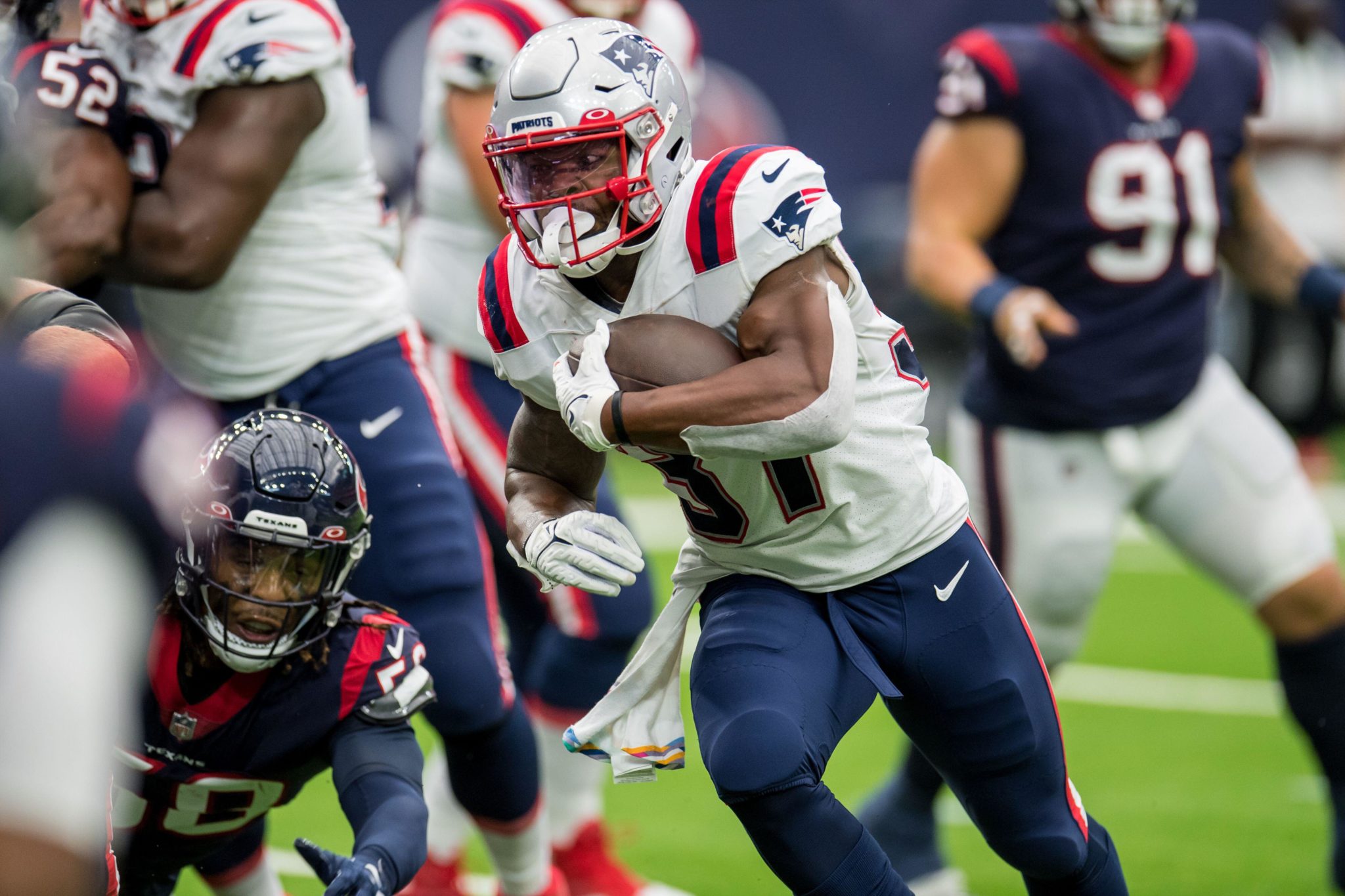 The victory over the Bills proved, at least to Fahey, that Belichick was never simply reliant on the legendary Tom Brady at the Patriots.

His use of the running game and the diversity in play selecting around those runs was a 'coaching masterclass' for Fahey.

"That is critical to how they beat the Bills," Fahey said. "If you are only going to run the ball, they will just stack up against the run.

"You have to be able to run in 10 different ways. You saw when they got to third and five, and third and six, they were tossing the ball outside because the Bills were crashing inside expecting the run.

"It is a coaching masterclass. That's what you expect from Belichick."

ARE JUSTIN HERBERT AND THE LOS ANGELES CHARGERS THE BIGGEST THREAT TO THE NEW ENGLAND PATRIOTS?

The Snap on OTB, brought to you in association with the Aer Lingus College Football Classic. See details on Northwestern Wildcats vs Nebraska Huskers at the Aviva Stadium on Saturday 27th August 2022 on collegefootballireland.com