Meath senior football boss Andy McEntee says it is unfair to curtail inter-county players from training as they see fit, given it's their personal "healthy lifestyle" choice.

The Royal manager joined Ger and Eoin on OTB AM earlier, and spoke openly about how the current protocols barring inter-county training until September 14th could backfire.

"As the county manager that is my main concern - the health and safety and wellbeing of all the players.

"Then it progressed to fellas doing a bit more in groups of up to 15, which usually was 11 or 12, but it was very gradual.

"Seamus Kenny actually organised a webinar with our strength and conditioning coach, Niall Ronan, the head of our physio Liam Hogan, and Colm Nally.

"We organised a webinar for all the coaches in Meath, the theme of which was a safe return to play. I briefly just read Mike McGurn's article there, and it's about a return to play.

"It's about a gradual, safe return to play. Not piling in and getting everything done straight away because 'Jesus, we only have a month to prepare for championship here, we need to get three or four challenge matches in in the space of a couple of weeks!'

"For sure, you're really only inviting trouble there."

McEntee was of the opinion that players are very much in a position to know what's best for themselves in a training sense.

"I had four fellas out training on a school pitch, or it got to the stage where a group of fellas were just doing a bit of work on a famers' field!

"These guys are used to a high level of training, a high level of preparation, and you're asking them to stop? Who has the right to stop fellas living a healthy lifestyle?

"We kept very much within the government guidelines of what people were allowed to do, and they did exactly that.

"Our physios, I fear for them. They're going to be busy I think. How many clubs across the country have access to full-time physios? [It's] probably limited."

The Meath county final is quite late in comparison to other counties', but McEntee says he never had any intention of taking that up with the county board. 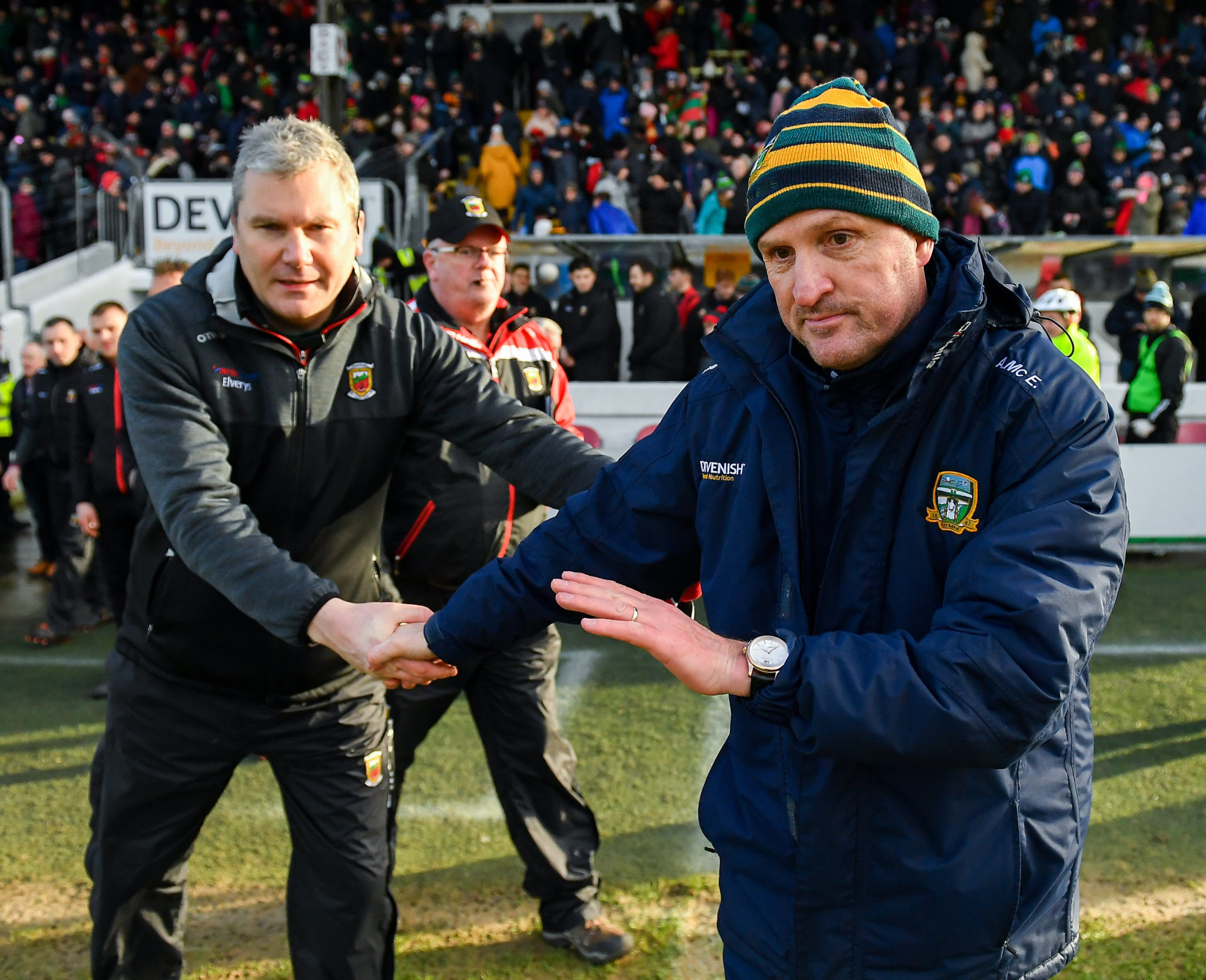 "They [the Meath County Board] are fair, I think they've always tried to be fair with the clubs as well as us as a county team. It is disappointing because every week in this regard is important to us.

"We're finished the county final on the fourth of October, and we're out [with Meath] a couple of weeks later.

"Look at Dublin and a lot of other counties, [their county final] is on the 19th or 20th of September, so there's a two-week head-start to begin with.

"That is a bit disappointing, but was I tempted to argue with that? No I wasn't really. I think we'll just suck it up and get on with it."

It was also asked of the Dunboyne native whether or not he feels inter-county teams will go out training unbeknownst over the coming months.

"Yes I do. Do I blame them? No I don't. Look at the Meath championship - by the end of August three-quarters of the teams will be out of the championship, and we're not allowed to train.

"That's the bit that kind of gets me and gets everybody. This one-size-fits-all approach that nobody is allowed to train until the 14th of September just doesn't make sense to me. I'm not sure how much thought was put into that."