As Mayo look to bounce back from last weekend's defeat to Kerry, Laois' Ross Munnelly considered the benefits of starting Andy Moran.

"I've studied him very closely," noted Ross Munnelly of Mayo's Andy Moran on Wednesday's OTB AM, "[and] personally, I like him in a team."

Preparing for their seventh game of the championship year against Meath on Sunday afternoon, Moran, awarded Footballer of the Year in 2017, has been among the starting XV on only two occasions.

However, in what will be a crucial tie in determining Mayo's Super 8s fate, Ross Munnelly believes James Horan should now turn to the Ballaghaderreen man.

"Arguably, back in Croke Park, you might see Andy Moran from the start this weekend," suggested Munnelly.

"There's nobody better in the game at winning possession in dangerous positions, and not alone is he a really good finisher, he also gives the option for Kevin McLoughlin and so on coming in at pace.

"They just often feed off him." 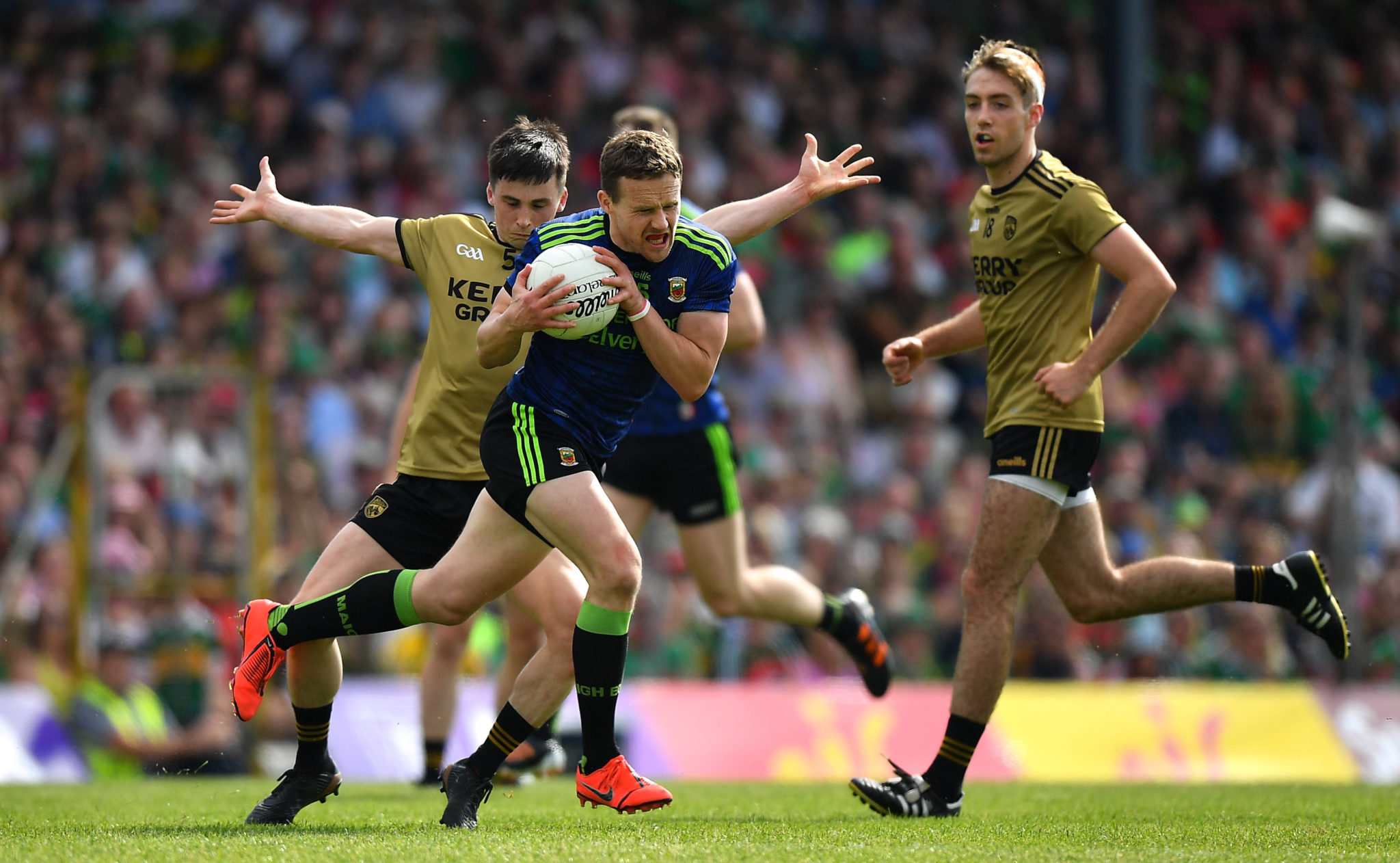 Scoring 0-2 during Mayo's defeat to Kerry in the opening round of Super 8 action, Munnelly has reservations regarding the assumption that Moran's age (35) discounts his effectiveness.

"I studied him very closely last year against Kildare," Munnelly recalled, "and I was behind the goals in the first-half.

"All of his runs, they're just so smart. People talk about age and all this kind of rubbish, but more often than not, when he gets possession he's in a scoring position.

"The problem for the defender then is that a one-on-one situation is after developing, but you have the right kind of runs coming in then also."

Instrumental for so long in Mayo's forward line, whether or not Moran is restricted to a cameo appearance from the bench rests in James Horan's hands.

'A nod, a wink and a point of the finger' | David Brady's Andy Moran tribute