Carlow's Steven Poacher lashes out at "trial by media"

A tumultuous couple of weeks for Carlow finally came to a head today after a 2-18 to 0-9 defeat to Meath in the Leinster Championship.

The county's build-up had been marred by long suspensions dished out to manager Turlough O'Brien, selector Steven Poacher and midfielder Brendan Murphy after being banned for an incident after a National League defeat to Down in March.

Steven Poacher caught up with Off The Ball's Stephen Doyle after the match to give his side of the story, saying: "To be honest with you, I never spoke about the suspensions. I was contacted by media outlets the whole way through the suspension.

"I never spoke one word about it but now that it's done and dusted and we've drove up the dead end, as such, it was ludicrous.

"The Wexford Chairman, the week before our suspension, described Davy Fitz' suspension as ludicrous. Davy Fitz goes from 12 weeks to four weeks on the basis that there was mobile phone footage floating about that heard the referee saying something.

"This is the tripe that was delivered to me at an appeal hearing! And, I had to sit and listen to this. I actually at one stage cackled with laughter over the way it was going.

"And look, James is out there doing the line and good luck to him. Nice fella, good Gort man but when you look at the referee's report and look at the video - it's quite laughable.

"We Were Destroyed In The Media"

"My name was dragged through the media along with Turlough and Brendan. We were absolutely destroyed in the media. There was four or five national newspapers that ran articles on it.

"And Listen, I probably don't blame the appeals or the DRA - I blame the rules. The rules are ridiculous and the problem is, referees are now writing rules. They're writing the rule in their report so there's no way out."

"And by all means, let's be honest, we're talking about approaching referees at the end of the game so have we gotten to a stage in Gaelic Football where we're not allowed shake the referee's hand?

"I've a fantastic relationship referees. I sat in a referees room after we were beaten by Longford and had a cup of tea with Niall Cullen and chatted to him about the game. 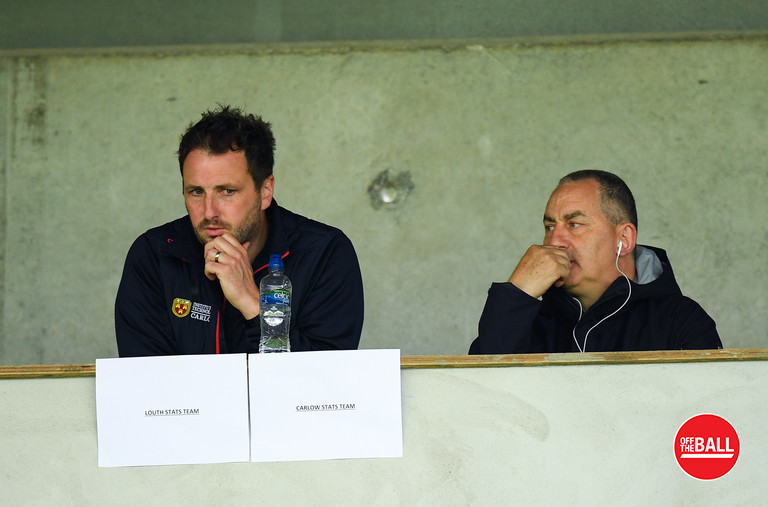 "And sometimes you get an official who puts up this - we don't live in a dictatorship, we live in a democracy and for me, you look at your Cormac Reilly's, your David Gough's...I don't want to start naming people but these are all guys you can talk to. You can have a wee bit of conversation and they speak to you on a humane level. They speak to the players in a professional level and a realistic level.

"I just think we need to be careful with the way we're going now. It's becoming the stage where, you know, the referee is hugely important but nobody has pushed more referees at underage level than me. I brought through 12 referees in my old school through the Young Whistlers program. There's no one that pushes them and encourages them more than me and I'll go out of my way to help referees the best I can.

"I just feel it's very sickening that the group are missing out.

"I don't really want to go into massive detail about it but I just think it's the consistency of the whole thing. Kieran McGeeney got suspended last year and there wasn't an ounce about it in the media - not one single word about it.

"The Video Of The Incident Was Leaked"

"Listen, I respect everybody. I've a lot of good friends in the media. They're only doing their job and good luck to them but it makes me chuckle too because people talk about Carlow not being relevant and Carlow being in Division 4 but I tell you what, it was relevant enough to make national news for about three or four weeks in a row. So, we must be doing something to annoy people," he added.