Former Mayo GAA player David Brady says that 'physicality and sometimes brutality' is rife within the GAA and it has no place in the game.

The issue of machismo in the sport has been raised over the past week by former Roscommon manager Kevin McStay, in the aftermath of John Small's tackle against Mayo, in the All-Ireland semi-final.

Brady told Joe Molloy on Off The Ball that the issue is alive and well within the GAA, at the local level in particular and more needs to be done to stamp it out.

"The physicality and sometimes the brutality of what goes on in GAA games is clear to be seen in the present and in the past", Brady told Off The Ball.

"Probably not as much at a national stage like inter-county games, but it is rife right from the top and more so down to the bottom."

"I take my teeth out and I have seven false teeth. Four of them broken with a headbutt back in the days. Broken so bad that I can't put steel pillars into my gums because they were shattered as well." 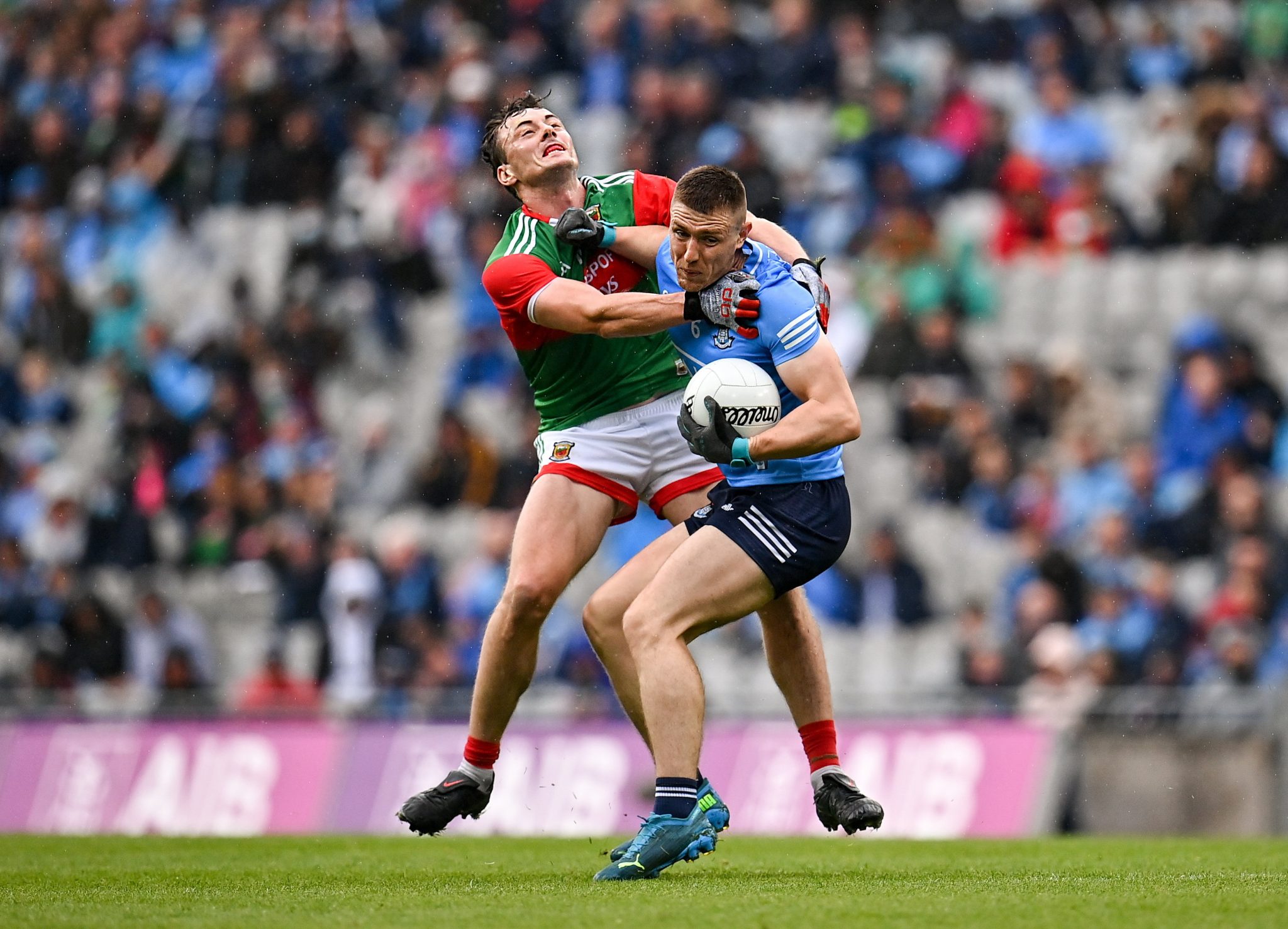 The issues in the game are no longer just physical however, as verbal sledging is becoming more of an issue at club and county level. Brady feels that the culture within the GAA is such that the person who calls it out is seen to be in the wrong.

Former Laois manager Mike Quirke is less inclined to remove the physicality from the game altogether, claiming that the 'gladiatorial' aspect to it is one of the draws.

"Physicality and that bit of brutality has to be part of the game", Quirke told Off The Ball.

"It's a contact gladiatorial game. That's why we fill Croke Park. Of course the skills are a part of it too."

While Quirke admits that the uglier aspects of the game need to be stamped out by referees and retrospective bans, he argues that the game moved well past the issues of his day.

"I would suggest that those things are far fewer now than they were 15/20 years ago."

"It was largely lawless. You could literally do anything and maybe you might get a ticking. Fellas were going home with serious injuries and it was a bit of a laugh to say 'Jesus, I clattered this fella'"

"We played Meath in a challenge game one year, and I wouldn't scare easily, but it was actually frightening midway through the second half with the stuff that was going on."

So what is the solution? Well, Brady says it can't be stamped out with just one referee.

"It's too much for one man to do and to control"

"We have changed the dynamic of the game so much in terms of the rules, but we still have one man in the middle. That workload is too much"

"You can't control every aspect of the game with one whistle"

"We have to look at replacing umpires as officiating referees in the game."

Brady: Here's why I think Stephen Cluxton has already retired