Former Wexford hurler Diarmuid Lyng is attempting to reshape our approach to dealing with climate change in conjunction with the country's numerous GAA clubs and the local authority sector, as he explained on Tuesday's OTB AM.

As is the case with so much of what the GAA has to offer, Tommy Walsh is emblematic of what Diarmuid Lyng wishes to harness on a national scale.

"I've always talked about Tommy Walsh as the archetypal hurler in this respect," said Diarmuid Lyng on the importance of one's locality and place within the GAA.

"He didn't give much time or respect to the gym and the idea of extra training, swimming or any of these things. What I got from him was that he was exceptionally connected to Tullaroan, his place and his people and his family, and he worked from that place.

"So, when he cleared a ball from down the field, Tommy, you felt, was still attached to the ball because every bit of him hit, you know, and he was delighted to have it, delighted to play with it and he worked from that place.

"If I was in the gym hitting my max scores and I thought that that was the thing that would help me get the ball off Tommy Walsh ... I mean, Iarla Tannian didn't do it and he was three times the size of Tommy."

To what degree Tommy Walsh's passion for Tullaroan and Kilkenny made him a more effective hurler for either team is impossible to determine.

Nevertheless, Diarmuid Lyng has identified something in Walsh's devotion to his place that he believes could serve to incentivise a greater awareness with regards to climate action. 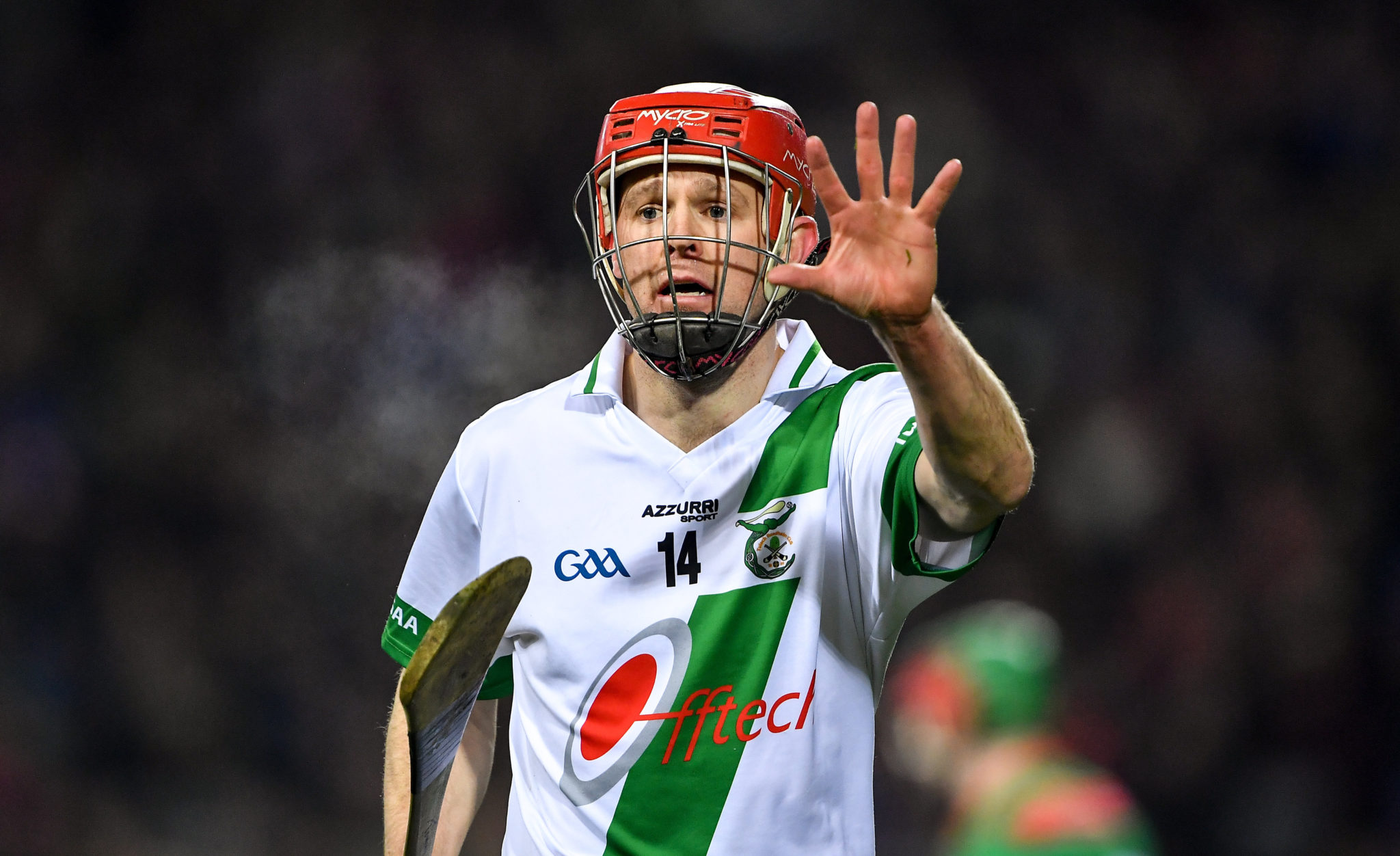 In the dichotomy between what is inside and outside, between our human constructions and the surrounding natural world, it is Tommy Walsh's embrace of the latter that enticed Lyng.

Increasingly assured that the need to address our behaviour for the betterment of the planet cannot come by way of people feeling afraid, Lyng, particularly inspired by Walsh's devotion to Tullaroan, is attempting to (re)create a widespread feeling of positivity toward one's own place.

"There is this overwhelming language [with climate change] that leads to inaction or exhaustion," he argued, "particularly when it is phrased as the 'War on Carbon', or these kinds of things.

"I'm very slow with [terms like] climate action, climate change, global warming. They're a little bit alienating or polarising at the moment because it seems to be the root and source of everything. There is a little bit of a jadedness surrounding it and there are other aspects of your life that also need attention.

"We have to focus on our little area, other people focus on theirs and then it is about how we join that up."

Although there is a strong argument against shying away from the stark reality of what is a climate crisis, Lyng wants to focus on a message that he perceives as more manageable on a day-to-day basis: if you care about your locality you're more likely to take care of it.

Delighted to see @officialgaa taking this on. @Rubberbandits challenged sportspeople to take up the case of ecocide and some true visionaries within Croke Park are atleast getting started on making their contribution. GAA is ideally placed to bring about change at local level. https://t.co/HV2pL3pwUQ

Rooted in research, the emphasis of Diarmuid Lyng's outlook attempts to steer the conversation surrounding climate change away from the overly scientific aspect, nevertheless.

With the increased professionalism of inter-county GAA similarly displeasing to Lyng, he argued that a return to a simpler understanding of Gaelic football and hurling would facilitate greater care being taken of the planet also.

"If we focus on measuring carbon, our carbon footprint, our carbon credits and the amount of carbon we're burning and just focus on that," he warned, "and if we're going to focus in the GAA on training our muscles to hit their maximum output through exceptional nutrition which reduces food and animals down to protein and things like that.

"If we're going to reduce things to that numbers game I think what we will find is that we're missing out on a source of energy that is greater than anything you can put onto your body in the gym.

"I hear it on the ground now from club chairmen, 'This is all going quite well but there's something missing.' Be it the dynamic, the vibe or whatever, they're still looking for something.

"That fight, in the most positive sense, there is huge potential for winning."

In conjunction with the GAA and the local authority sector, Diarmuid Lyng is hopeful that the ultimate aim of having "a sustainability toolkit for GAA clubs across the country" can be achieved.

You can watch back Diarmuid Lyng's interview on OTB AM in full here.