"You're a clown" | OTB AM and its GAA power rankings

Another weekend of football action brings with it another edition of OTB AM's GAA power rankings.

Tuesday's incarnation of the power rankings, as decided by Eoin Sheahan, was probably the most contentious outing of the feature since its inception and saw Sheahan being called "a clown" and Ger Gilroy describing the segment as "one prick and a list".

Nevertheless, Sheahan was not to be deterred from the self-righteous nature of the slot and the power rankings trudge on for another week.

The aim of the power rankings is to provide an up to date and reactive list of the best football counties in the country after each weekend of Championship action throughout the summer.

There was little movement in the bottom nine teams this week besides Carlow dropping to number 25 after being comfortably beaten by Meath last weekend. 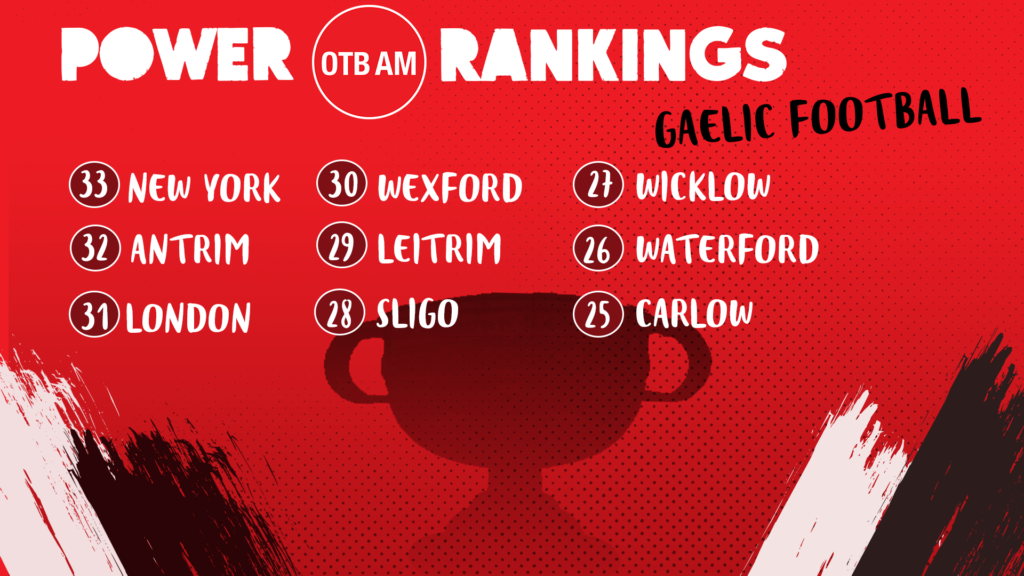 In the next batch, both Limerick and Tipperary moved up one as a result of Carlow's drop. Meanwhile, Louth dropped two after their 5-21 to 0-10 hammering to All-Ireland Champions Dublin and Longford moved up two after an impressive performance against Kildare. 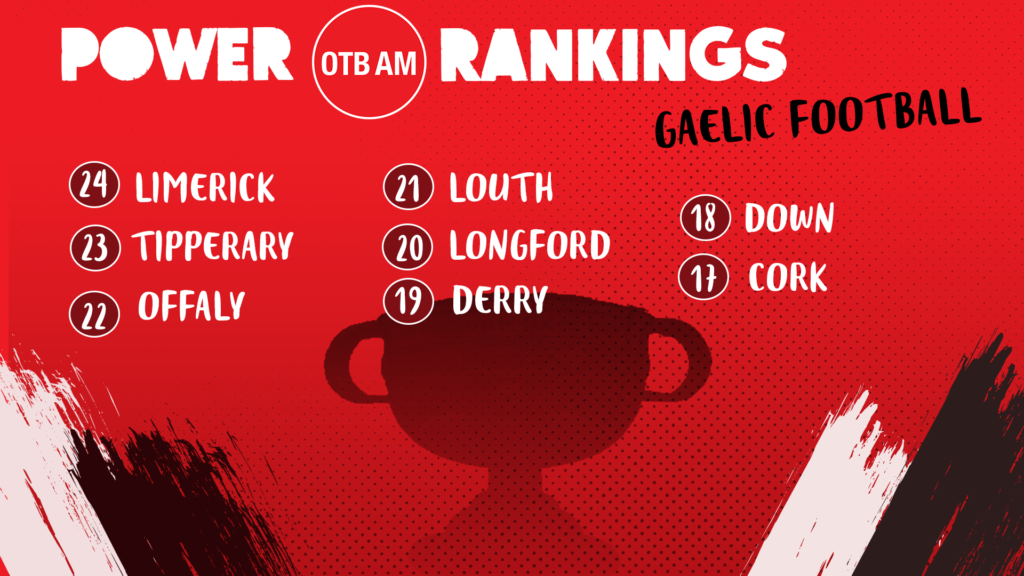 Both Fermanagh and Armagh are down one place after Fermanagh lost to Donegal and Armagh beat Down. Meath moved up two after an impressive win against Carlow, while Cavan remained at nine. 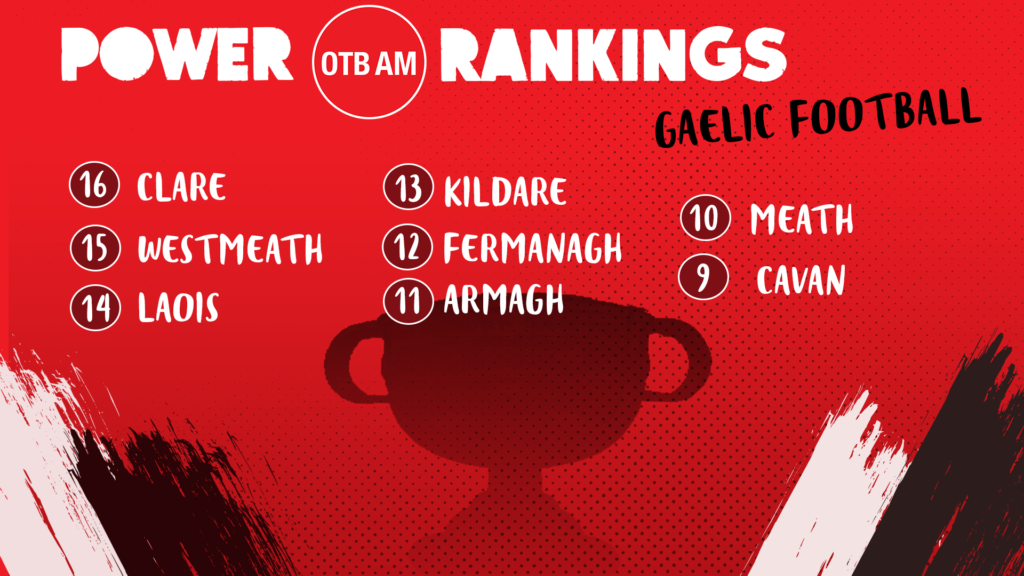 Moving into the top echelons of the OTB AM power rankings, Monaghan moved down to eight following Roscommon's climb of one after beating Mayo last week. Mayo, meanwhile, dropped down to four while Tyrone and Kerry now sit behind Dublin who remain in the top spot. 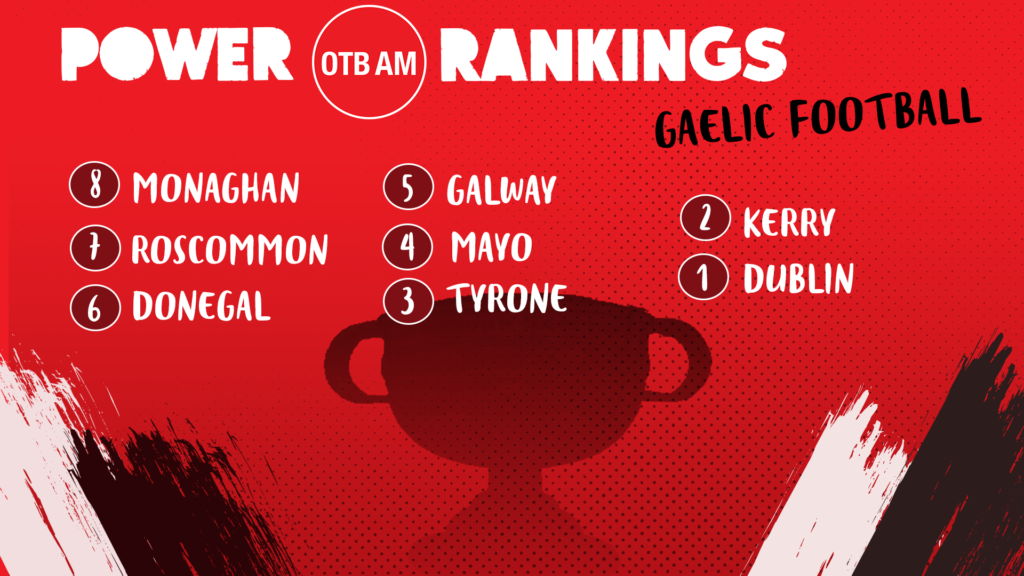