Are the GAA's umpires fit for purpose? | Clifford's red to serve as tipping point

In the aftermath of David Clifford's controversial sending-off against Tyrone on Sunday afternoon, former Meath captain Anthony Moyles shared his concerns regarding Gaelic football's umpires, their capabilities and how they are selected on Monday's OTB AM.

One could realistically assume from David Clifford's exasperated response to his sending-off on Sunday afternoon that he perhaps had a right to feel aggrieved.

Already on a yellow card, the Kerry captain was shown a second after becoming involved - against his own will, it transpired - in a tussle with Tyrone's Ben McDonnell. Doling out this severe punishment to Clifford on the basis of information passed to him by his umpire, the reaction of many watching was one of disbelief.

Send a sub on to the star forward on a yellow, start a row pull him down to the ground. Smart by Tyrone but not so smart by the 2 umpires 10 yards away with no clue of who is on a yellow or the situation that’s just unfolded. Proper camera angles may suggest otherwise. #gaa

I haven't seen too many players as angry as David Clifford was when he was sent off today. Still, I'm sure someone will claim it was all his own fault.

Speaking on Monday's OTB AM, former Meath captain Anthony Moyles led the discussion regarding the suitability of the GAA's umpires and whether they are up to the task of monitoring inter-county Gaelic football and hurling.

"It was ridiculous," he noted of the decision to give David Clifford a second yellow card for his interaction with McDonnell, "but it was the umpire who called it.

"The referee wasn't going to go there and the umpire called him in."

At its root, Moyles believes that the current method of umpire-selection is intrinsically problematic.

"My issue with umpires is, and I know this has been said a lot, they're generally just from the nucleus of the referee's friends and family," he lamented. "That is simply it.

"I don't know if you have to have any qualifications. I know referees have to go and do courses.

"Generally, the linesmen are referees so the two lads on the sideline have got all their qualifications, but the four other pairs of eyes on the game might not."

Although it is not as strenuous a task that faces inter-county referees, the GAA does, in fact, insist upon a basic level of training for its umpires which is refreshed periodically. 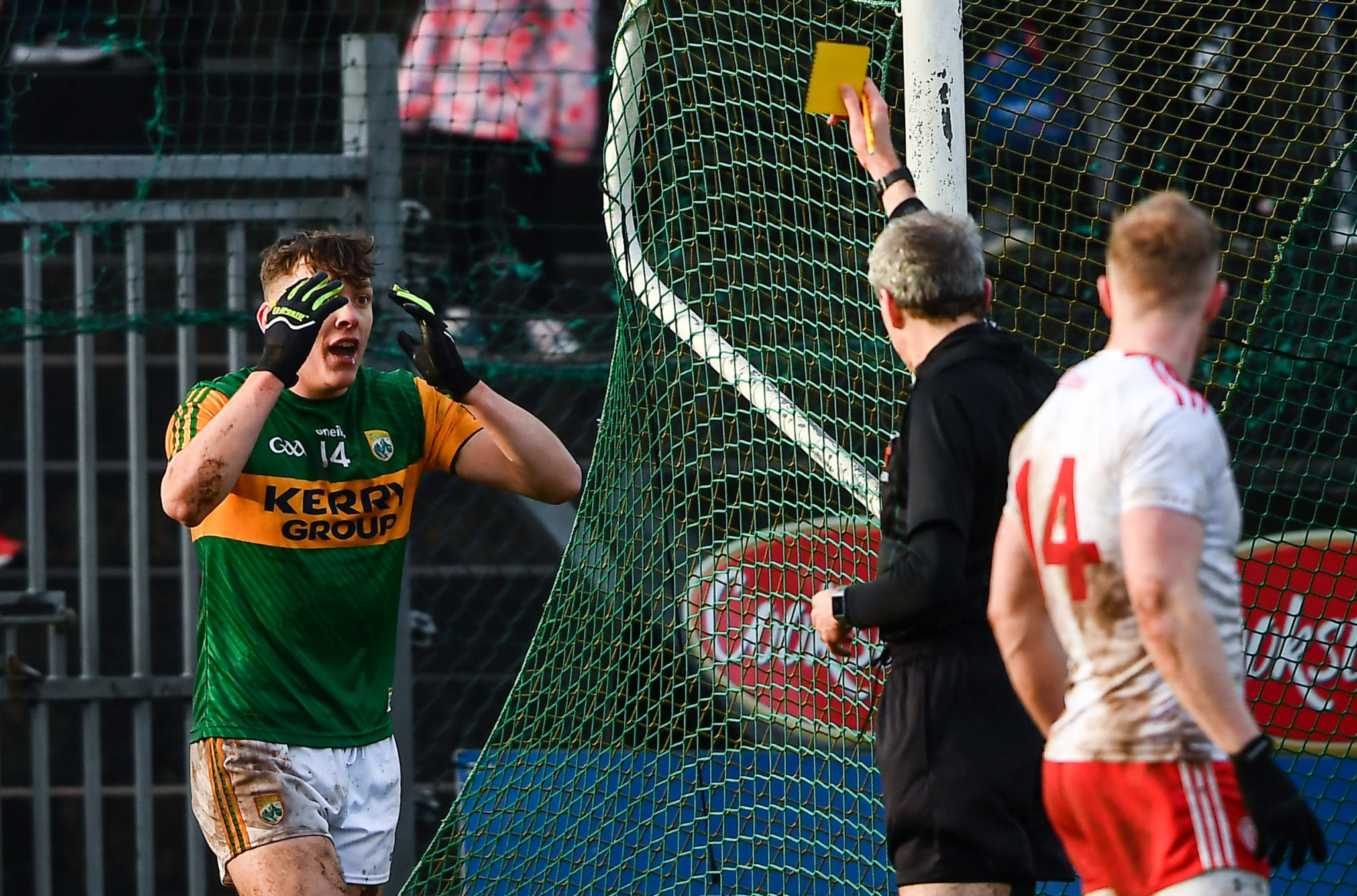 Reflecting on his own time as a defender in the full-back line, Moyles acknowledged the sneakiness of players on both sides as they attempt to trick and undermine referees and their umpires.

Yet, despite their ubiquity within Gaelic football and hurling, the exact nature of what an umpire is doing during a match remains something of a mystery.

"As a full-back or corner-back, if the corner-forward pulls me and then I pull him, the umpire sees me pulling him and the whistle is blown," he recalled. "Easy free.

"I don't even know where the umpire looks though, whether it is just what's going on in front of them, if they're looking up the field, I don't know what their remit is.

"What exactly are they there to do? Is it just to keep an eye on the posts and make sure of the scores?

"I'd say with most of them what happens is they end up watching the game. I'm not being bad, but I'd think that's what generally happens."

It is generally accepted that an umpire's duties are given to him by the referee in question. However,  the means of having eyes on every incident remains patently difficult, if not outright impossible.

One aspect of a larger issue regarding the officiating of inter-county GAA and the inconsistency of officials across all games, the sending-off of David Clifford may yet to serve to intensify the pressure surrounding this relationship between a referee and his/her umpires.

Kieran Donaghy | Umpires' roles need to be reviewed by GAA