As Dublin's men prepare themselves for a run at a sixth All-Ireland title in succession, manager of the county's ladies team Mick Bohan believes that Jim Gavin's decision to stay in charge influenced the thinking of a number of Dublin's experienced players.

In what appeared to be a fitting end to Jim Gavin's remarkable tenure, the prospect of leaving Dublin after securing the five-in-a-row must surely have crossed his mind.

Beyond the realms of what was thought possible in men's Gaelic football, the accumulation of even more All-Ireland medals clearly occupies the minds of Gavin and his players.

Fresh from guiding Dublin's ladies to a third All-Ireland final in succession, Mick Bohan believes the decision made by his counterpart was crucial to the immediate well-being of Dublin football.

"It is hugely fortuitous that he has decided to stay on," suggested Bohan on Thursday's OTB AM, "because he has been remarkable with what he's done for the game.

"He's obviously been an incredible ambassador for us and has never wavered in the way he's gone about it.

"I certainly know that if he had decided to go there were three or four key figures in that group who probably would have gone with him.

"That certainly would have left our future in a lot of doubt." 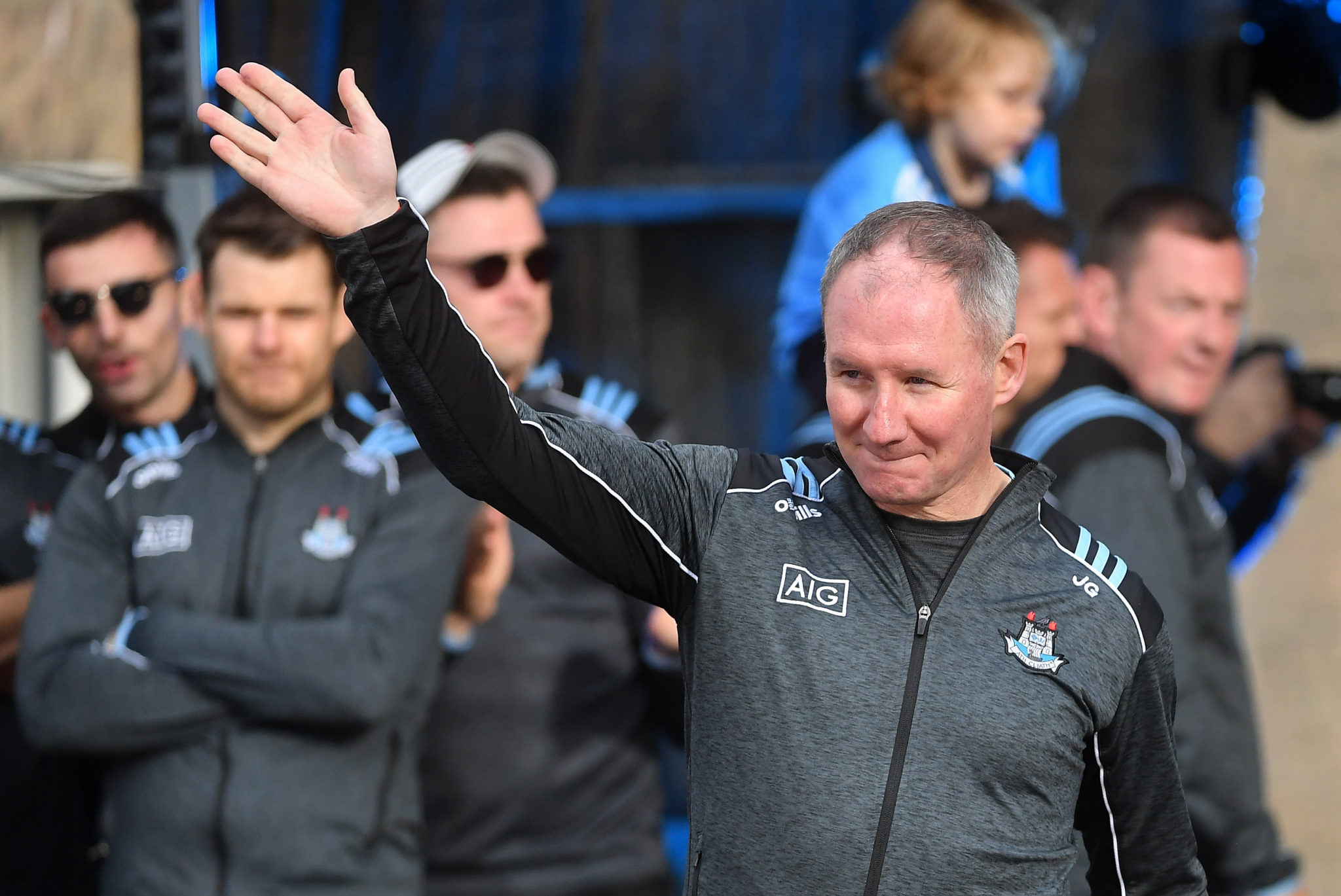 With the likes of Cian O'Sullivan, Michael Darragh MacAuley, Philly McMahon and Kevin McManamon among those players present for the All-Ireland win under Pat Gilroy in 2011, Bohan believes the future of Stephen Cluxton, Dublin's long-standing goalkeeper, is inescapably tied to Gavin's decision.

"I'd fairly much say that, ya," he asserted of the 37-year-old's decision to stay on for another year.

Having worked alongside Jim Gavin with Dublin's All-Ireland winning U21 side in 2010, Mick Bohan confirmed that he is "absolutely delighted" that the Clondalkin man has opted to remain in charge.

'Michael D. Higgins sat at the top table at my wedding' | LOI manager