An ardent voice for radical change within the GAA, Joe Brolly laid out a blueprint for how the association may best prepare itself for an uncertain future on Thursday's OTB AM.

Be it in his role as a television pundit or newspaper columnist, Joe Brolly, who will be taking up the former of these roles with Eir throughout the upcoming Allianz National Football League, has continually voiced his frustration with aspects of how the GAA is organised and run.

Piously committed to the communitarian activities of its grassroots members, Brolly's changes focus on the upper echelons of an organisation that may, in his worst fears, be gone too far down the wrong route. 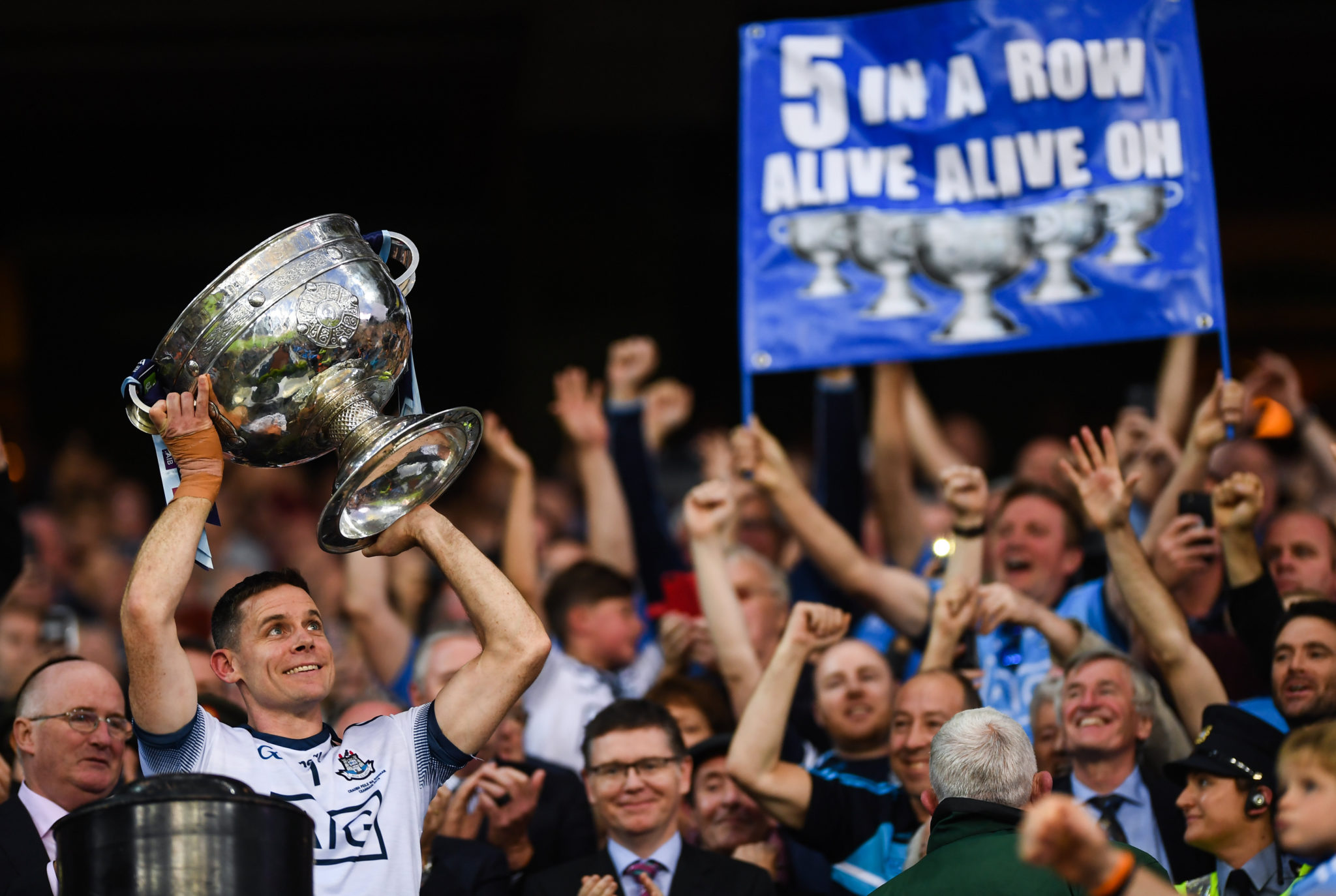 A radical restructuring of the calendar:

"The reason that a Super Power exists is because of this 10-month season," reasoned Joe Brolly of Dublin's dominance of Gaelic football in recent years. "Dublin can handle that, they have the resources to handle it, the players etc."

For most other counties, the prospect of progression is notably limited. As far as Brolly is concerned, the current structure of the inter-county season is in need of seismic change.

"Condense it," argued Brolly, "turn it into a four-month festival of football. Get rid of the FBD League, the McKenna Cup, the O'Byrne Cup, all that nonsense.

"You have a four-month county season that's a league running into a championship which is then tiered. Players [from weaker counties] will then be prepared to say, 'Ya, I'll play for four months.'

"They'll have holidays, two or three months off over Christmas and it'll restore the work-life balance."

It is no great surprise that Joe Brolly prizes the club aspect of the GAA above all else. Despite his calls for seismic change, this element of the game would remain untouched.

As for the county boundaries, however.

"Let's start with what you'd do if you were starting again," he posited. "Let's forget about the British-drawn county boundaries.

"Let's create 32 geographical units if that's the number of units we want to have and divide them up according to population.

"We pool up all the sponsorship, all the commercial revenue and we'll have terrific representational football."

Joe Brolly, despite his dedication to the cause for keeping Gaelic football and hurling on free-to-air television, will be working for the subscription-based Eir Sport throughout the upcoming National Football League.

Going into great detail about his change of heart, a desire to remain in television after his spell with RTÉ suddenly concluded, coupled with the admittance of defeat on the issue, informed his decision to make the move.

However, the concept of a paywall for Gaelic games remains an obvious issue of contention for the Derry native.

"The argument has been rejected," he noted of his philosophy for the GAA on Thursday's OTB AM. "Increasingly, you sound like a Luddite in your own ear.

While accepting that the pay-per-view element is now inescapable, how the GAA approaches this new reality is key.

In much the same style that the NFL in America has taken charge of its content, Brolly, while praising the development of services like GAA GO, would like to see similar ownership of material taking place within the GAA. 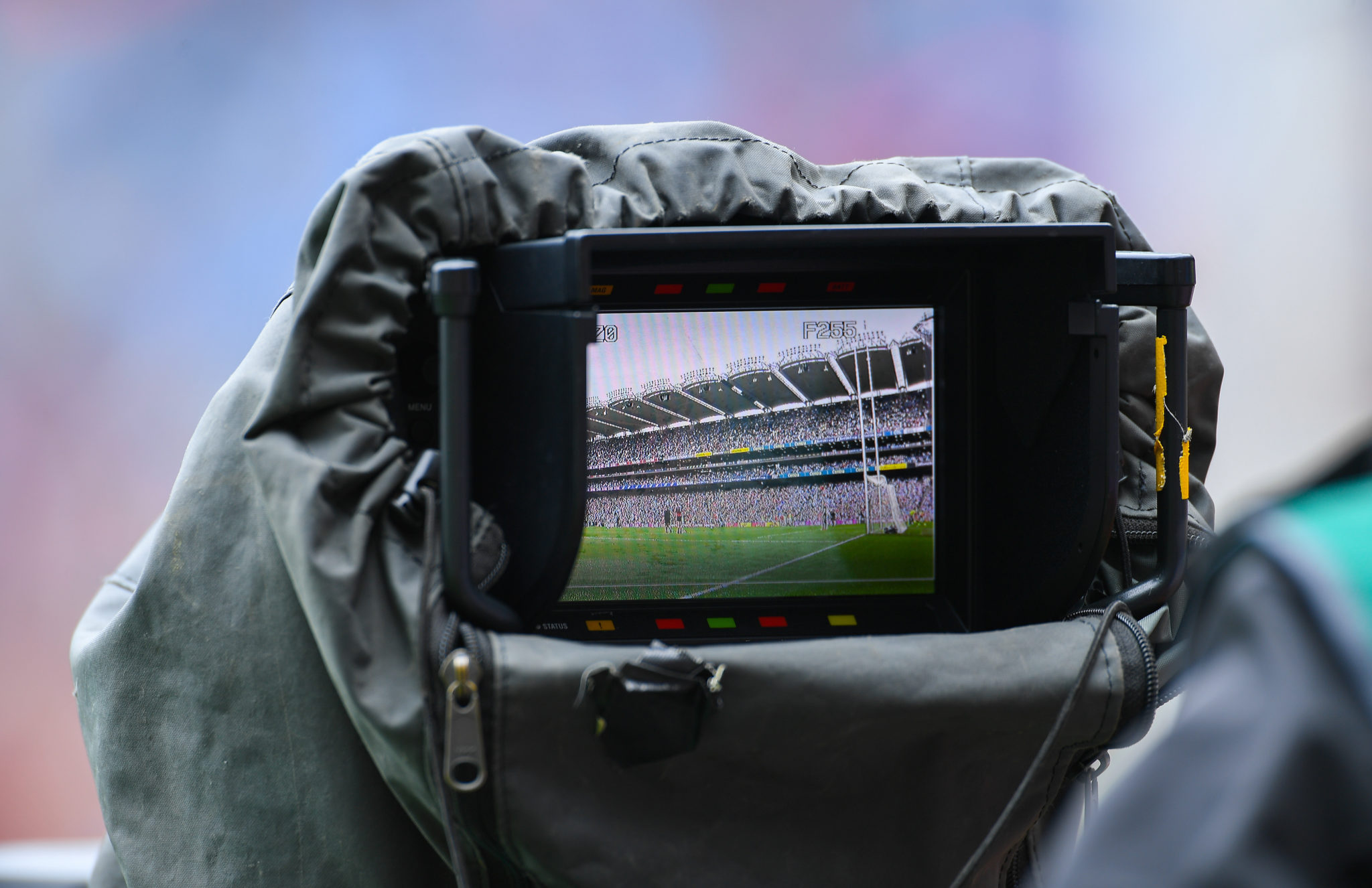 10 August 2019; A general view of a television camera before the GAA Football All-Ireland Senior Championship Semi-Final match between Dublin and Mayo at Croke Park in Dublin. Photo by Piaras Ó Mídheach/Sportsfile

Although this one may be beyond the immediate control of the GAA, Joe Brolly wants the association to be represented on a governmental level.

"We don't have a social strategy. We're great at wakes and funerals, putting the shoulder to the wheel for a grieving family, spend nights without sleep, make the sandwiches, be there through thick and thin, but that needs to be translated into something more permanent.

"We need political power. Just look at the power we are wasting."

Citing the role played by a lobbyist that the Ulster Council positioned within Stormont, Joe Brolly would like to see the strategy played out in the Republic of Ireland.

Minimise the sphere of control:

For the betterment of the GAA, Joe Brolly would like to see a stark reduction in the number of power bearers therein.

Lamenting the inefficiency of GAA's Congress and the people who wield control at a local level, Brolly suggested that the "clubs send all their worst people to the County Boards now.

"They're completely disenchanted with what happens at the county level."

A selection of points raised by Joe Brolly during his interview on Thursday's OTB AM, watch back his full interview here.