Kerry footballer Tommy Walsh is excited by the prospect of an increased emphasis on attacking play with the introduction of the advanced mark rule, he explained to Off the Ball.

In the build-up to last year's two All-Ireland football finals, the decision to be made regarding Kerry's Tommy Walsh and whether he should start dominated much of the pre-game discourse.

Selected as a substitute on both occasions by Peter Keane, one wonders if the situation were to manifest itself once more in this year's championship, would the introduction of the advanced mark rule encourage Keane to utilise the 6' 5" Walsh from the outset?

"I know there's been a lot of people talking about the mark," he said in a conversation with OTB AM, "but I think it is a good rule.

"I think it will certainly encourage people to kick the ball and any rule that awards teams who are going to kick the ball, whether it is in long or a 50/50, I think that is a positive thing."

Disappointed with the diminished importance of fielding in Gaelic football, Tommy Walsh expects that we may now see that trend reversed with the implementation of the advanced mark rule.

"If a guy gets the ball around the middle [of the pitch] with this rule, he's much more likely to have a look up and see what's inside," suggested Walsh. "If there is a one-on-one and you have good ball winners, you'll take that option more often."

Furthermore, given the standard of modern defensive systems, Walsh doesn't expect there to be a host of easy marks up for grabs with players being granted soft kicks at goal. 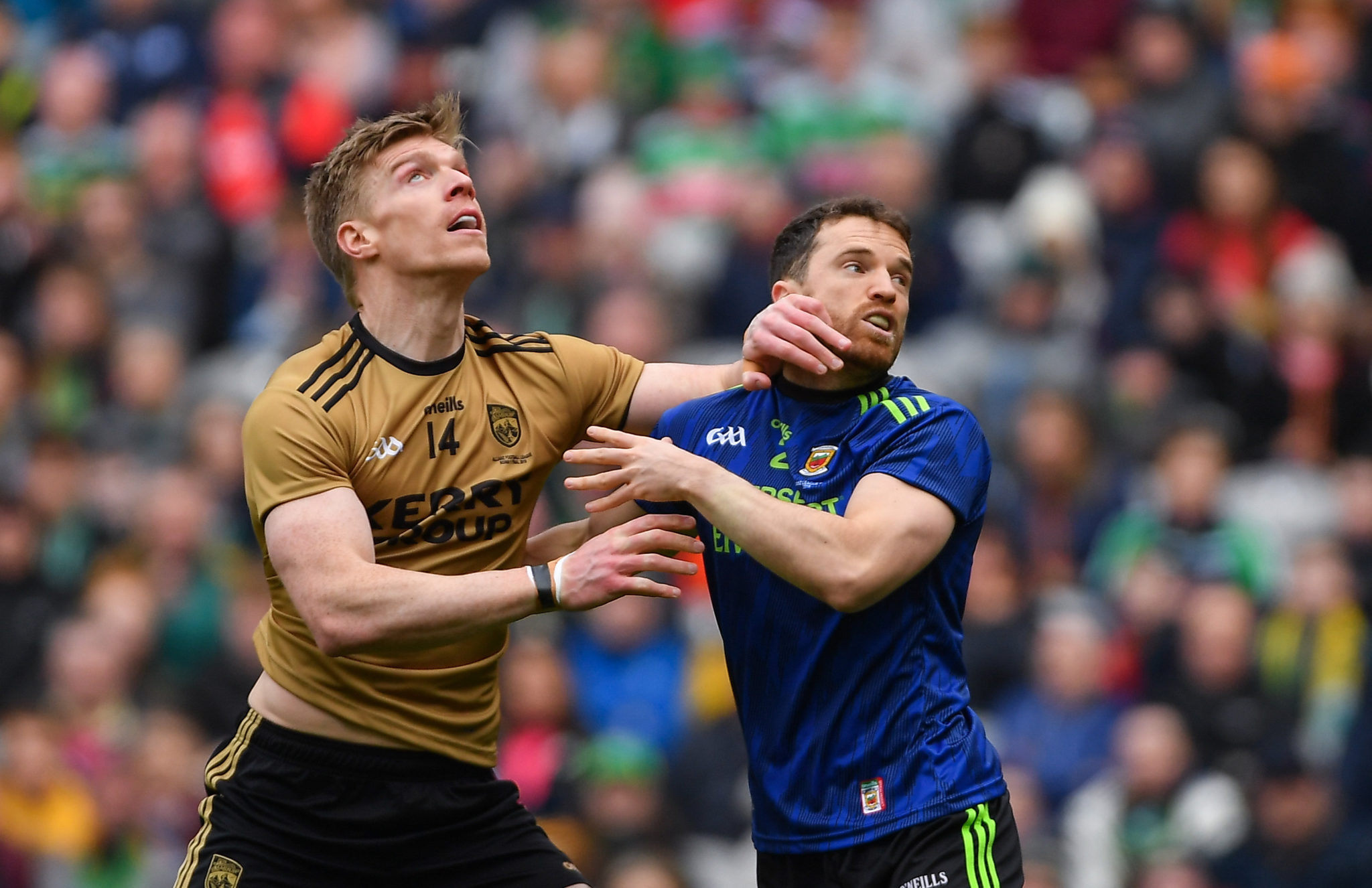 31 March 2019; Tommy Walsh of Kerry tangles with Chris Barrett of Mayo during the Allianz Football League Division 1 Final match between Kerry and Mayo at Croke Park in Dublin. Photo by Piaras Ó Mídheach/Sportsfile

In contrast to Walsh's outlook, Dublin's Jack McCaffrey explained to Off the Ball that he had no great desire to see the new rule implemented.

At 31, Tommy Walsh's return to inter-county action last year signalled his first appearances in a Kerry jersey since 2016.

Having conceded himself that there was no likely return in sight, the appointment of Peter Keane in late 2018 proved to open a fresh chapter on his Kerry career.

An All-Ireland winner in 2009, Walsh departed Ireland shortly thereafter to pursue a career in the Australian Football League.

You will be able to watch Tommy Walsh's interview in full on Thursday's OTB AM.

Tommy Walsh was speaking to Off the Ball in conjunction with the Lidl sponsored Comortas Peile Páidi Ó Sé which is supported by McKeever Sports, EJ Menswear, Kerry County Council Tourism Unit and Lee Strand Milk, and takes place from 21-23rd February.

'I do think it's terrible' | Jack McCaffrey on the advanced mark