In making his pitch for Kildare's sporting 'Mt Rushmore', Willie McCreery declared that no recent footballer in the county's history "could lace the boots" of his former teammate, Glenn Ryan.

Amid much toing and froing on Monday's OTB AM, Ger Gilroy and Joe Molloy took it upon themselves to decide upon the four outstanding sportspeople who should sit atop their native county's 'Mt Rushmore'.

Touted as the voice of reason that would primarily lead the discussion on the county's rich horse racing legacy, Willie McCreery, a former footballer with Kildare, contributed absolute clarity on the matter of which Gaelic footballers should be included.

"By far, Glenn Ryan," he remarked of the former Kildare captain's suitability for a place on the list. "I'm making it easier for you. We would have won nothing if it wasn't for Glenn Ryan.

"We won nothing since and none of you witnessed us winning anything before. Glenn was the pivotal part of that and I wouldn't mention another footballer in Kildare from my era."

A beaten All-Ireland finalist with Kildare in 1998, Ryan was twice a provincial winner with the county and a two-time All-Star also. The outstanding Kildare footballer of his lifetime according to McCreery, no other names suggested by Ger and Joe did much to impress him.

"Johnny Doyle wouldn't come near him. He wouldn't lace his boots even if they had Velcro. I don't know where you're coming up with Johnny Doyle [because] I could mark him at corner-forward.

"I wouldn't have feared Johnny Doyle [in the Kildare club championship] but I'd have always feared Glenn Ryan because he could change a game and read a game like I've never seen a player read a game. He was always where the ball was." 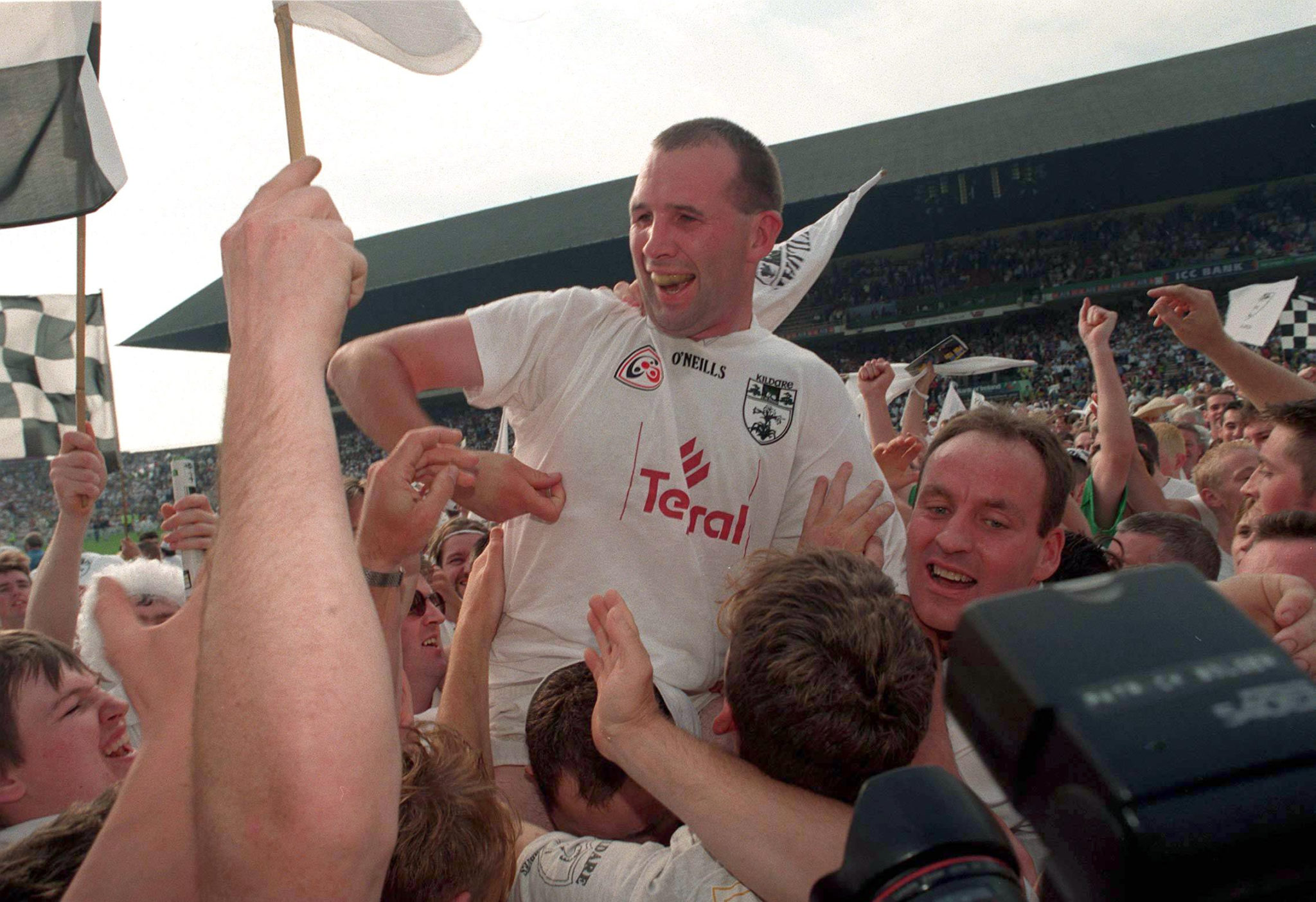 Although Willie McCreery does retain great affection for both Johnny Doyle and Dermot Earley, his admiration for Glenn Ryan surpasses what either man achieved for Kildare.

"I think Johnny Doyle was loved by the people because he got such terrible abuse on the pitch," he remarked of the Allenwood man. "I used to call him a 'bag of bones' when we used to train together because when you would run into him - and me being a big solid lad - you would get a bruise where one of his bones hit off you.

"Dermot Earley then could nearly hang in the air an extra second because he was so athletic. But sure he never had to work a day in his life because he was in the army. He was a full-time trainer!

You can watch back all of what Willie McCreery had to say and who Ger and Joe landed on in picking the four outstanding sportspeople who should sit atop Kildare's 'Mt Rushmore' here.