Dublin star Ciaran Kilkenny says he is more than happy to have Diarmuid Connolly back on the senior inter-county panel, describing the All-Ireland winner as a leader among the group.

Following issues with his visa, meaning he couldn't spend another summer Stateside playing with Donegal Boston, the marquee forward has returned to training with Jim Gavin's side.

Despite an embarrassment of riches in the reigning All-Ireland champions' full-forward line, the return of Connolly has been seen as a massive coup for the Dubs who go in search of a fifth consecutive Sam Maguire this year.

Speaking to Off The Ball's Stephen Doyle this week, Kilkenny explained that his return has been welcomed by players on the panel.

"It's brilliant that Jim has that open-door policy," he said.

"If lads are performing with their club, they're more than welcome to come back into the team and help the group as best they can.

"We're delighted to have Diarmuid back in the group. He's been a massive leader for us for the last 10 years as well as being a special talent.

"Even around the group he's been great over the last couple of weeks. It's energized the whole team."

The forward went on to explain that despite spending time away from the inter-county set-up, there was never any issues with players wanting to come back into the fold. 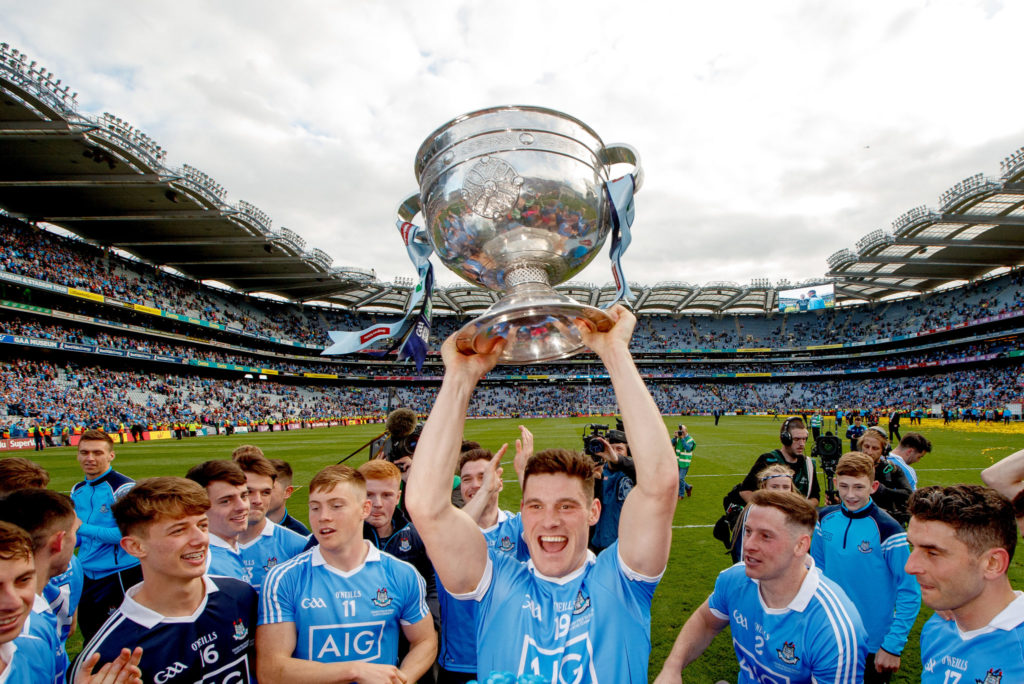 Despite not having made an appearance for the Dubs since the 2017 All-Ireland decider, the Castleknock man explained that others on the panel had also had enjoyed a leave of absence.

"At the start of this year I was on an extended break, Paul [Mannion] went off to China for a while, Jack [McCaffrey] was in Africa as well.

"A lot of the lads have gone off and done other things in their life."

Asked whether Connolly would be able to readjust so quickly to the demands of inter-county football, he replied: "He's in phenomenal shape anyway. It's great to have him in around the group."

Speaking at Croke Park today in support of Sure, the Official Statistics Partner of the GAA was brand ambassador, Ciaran Kilkenny.

Kilkenny: 'It was pretty special to see Lowry win and God, it was great to see so many GAA supporters there too'