Dublin manager Dessie Farrell spoke about the red card to Cormac Costello after his side won thei...

Dublin manager Dessie Farrell spoke about the red card to Cormac Costello after his side won their 10th consecutive Leinster Senior Football final on Saturday.

The Dubs defeated Meath 3-21 to 0-9 in Croke Park to qualify for their 10th consecutive All-Ireland semi-final.

There was a moment of controversy near the end of the match, though, as Cormac Costello was shown a straight red for what seemed like a dangerous tackle, however Farrell was unsure.

“It was strange,” Farrell said. “I thought it was something to do with a tackle or competition for a ball, on the far sideline, but it doesn’t appear to be.

“It appears to be something that was said or some words between Cormac and officials.

“We are obviously going to look into that and see; I haven’t spoken to the player yet, but it is a concern.” 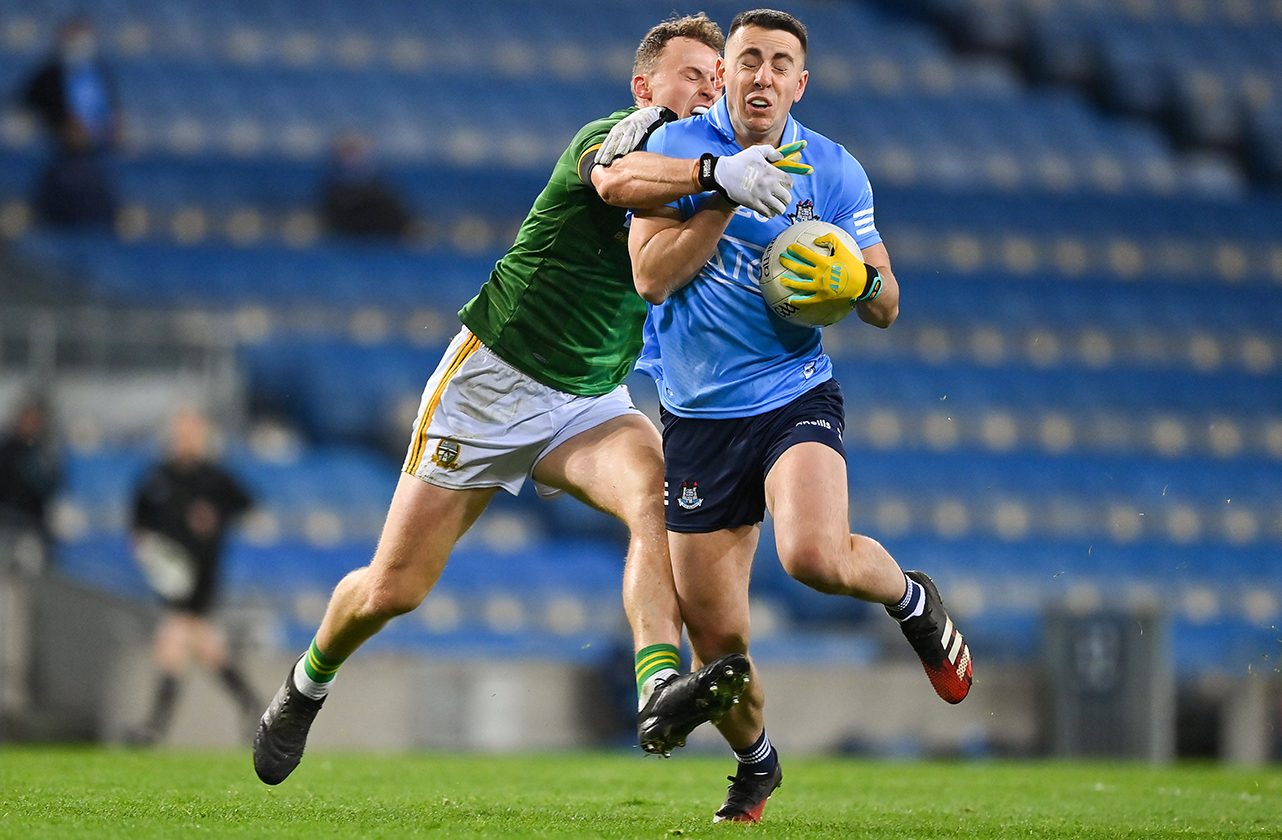 Cormac Costello of Dublin is tackled by Ronan Jones of Meath during the Leinster GAA Football Senior Championship Final match between Dublin and Meath at Croke Park in Dublin. Photo by Brendan Moran/Sportsfile

Despite the frustration of the red card, Farrell was happy with his side’s drive and determination to keep their streak alive.

“I think we have introduced some new faces to the squad and it has kept the competition alive which is what the squad have been based on over the number of years,” Farrell said.

“It is important for the evolution of the group that that continues.

“So, we are happy with where things are at in terms of players trying really hard and playing with that level of hunger and desire and intensity, which is vital.”

Can you beat Dublin?

Far less happy with his side’s performance was Meath manager Andy McEntee. He pondered how any team can beat Dublin at this stage.

“It is hard; it is hard for every team [to compete with Dublin’s level],” McEntee said.

“We just have to keep going. Dublin do what Dublin do and they have a really good system in place, and they are bringing in new players and it doesn’t seem to affect them.

“Yes, it is difficult, but that is the challenge of every other team in Leinster.”