Joe Brolly has publicly criticised Taoiseach Leo Varadkar on Wednesday's OTB AM for his failure ...

Joe Brolly has publicly criticised Taoiseach Leo Varadkar on Wednesday's OTB AM for his failure to implement greater restrictions on human movement during his speech to the Irish people on Tuesday evening.

On a St Patrick's Day quite like no other, Taoiseach Leo Varadkar publicly addressed the Irish people on RTÉ One at 9:00 pm. In an attempt to clarify some of the uncertainty surrounding the spread of coronavirus, Varadkar was widely celebrated for his candour and tone in delivering his speech.

Joining OTB AM on Wednesday morning, however, GAA pundit Joe Brolly was heavily critical of Leo Varadkar and an act he perceived as a "shameless PR exercise" from the leader of Fine Gael.

"I thought he was going to make some sort of announcement about sealing off the border," explained the Belfast-based Joe Brolly. "Surely there must be huge concern in the south about the complete inactivity in the north?

"It was particularly nauseous last night Leo Varadkar taking a PR opportunity in the middle of this to come out and say absolutely nothing.

"You know, talking about the Mammys, Daddys and little children doing their homework. All this coy stuff, it has obviously been written by some speechwriter who has decided that this is a good opportunity for Leo to look prime ministerial.

We are asking people to come together as a nation by staying apart from each other. #COVID2019 pic.twitter.com/6mAIAj7fwA

In a wide-ranging discussion with Off The Ball that focused largely on his dissatisfaction with the reaction of Boris Johnson's government to the threat coronavirus poses, Joe Brolly, aware that things are being dealt with marginally better in the Republic of Ireland, was nevertheless disheartened by Leo Varadkar and his unwillingness to act more decisively.

"A friend of mine in the Royal Victoria hospital," he outlined, "a consultant who I was speaking to early yesterday morning, she said to me: "Joe, this is going to be fucking Armageddon. We are not ready for this."

"I was enraged watching this on the television. People were tuning in thinking that there was going to be some kind of a message. In Ireland, nothing was done when it should have been done and [the government] sat on their hands.

"The cheek of him to come on and then take that PR opportunity, it was very, very, very disappointing.  This isn't the time for politicking. I mean, Churchill, the old bigot, he must have been turning in his grave when he heard Varadkar referring to his great speech." 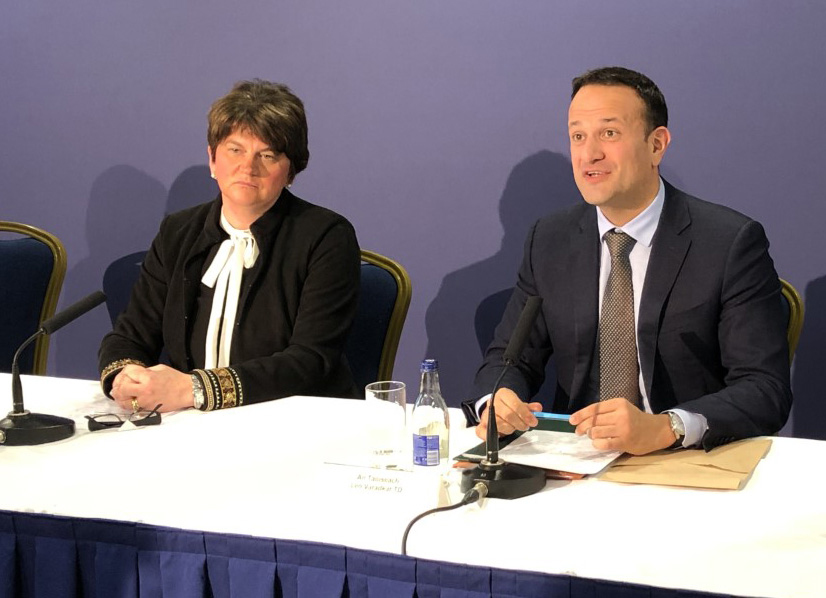 In contrast to those who were satisfied with what they perceived as Leo Varadkar's strong leadership in a time of genuine uncertainty, Joe Brolly perceived his actions to something altogether less impressive.

"It wasn't leadership at all," he stated. "We are a very sentimental nation and we love a wee shaggy-dog-up-a-tree story.

"Like, whenever I gave a kidney to somebody, which was a basic human thing to do, all of a sudden I was lionised and became a hero in Irish society. That was way out of whack.

"Nobody is better at doing that sentimental stuff than me and I could see him a mile off. I thought it was extremely disappointing."

You can watch Joe Brolly's interview back in full here.