As we walked past Mountjoy Square Park and on to Fitzgibbon Street, a throng of Kerry supporters joined our convoy.  Magic. As we continued towards Croke Park we passed by pubs and hotels full of supporters having a pre-match beverage, writes Kenneth Fox.

To an outsider this must have all looked a bit odd; you could even see one or two tourists walking past wondering what all the fuss was about. Nothing quite comes close to All-Ireland final day and it truly is a celebration of the best elements of Irish culture.

The colour, the flags, the hats and scarves - it was all on display as we made our way through the gates of Croke Park.

The atmosphere was starting to build during the minor final as people began to take their seats. The sense of occasion is like nothing else in Irish sport and the 132nd All-Ireland final more than lived up to the billing.

The minor final between Galway and Cork was a brilliant curtain-raiser and seeing such young players putting it all out there for their county was inspiring.

Also, watching the assistant coaches patrolling the touchline and tossing water bottles to their players was entertaining in its own right.

As the Kerry man who sat next to me said before extra-time; "Cork will win this now." Sure enough, they did. 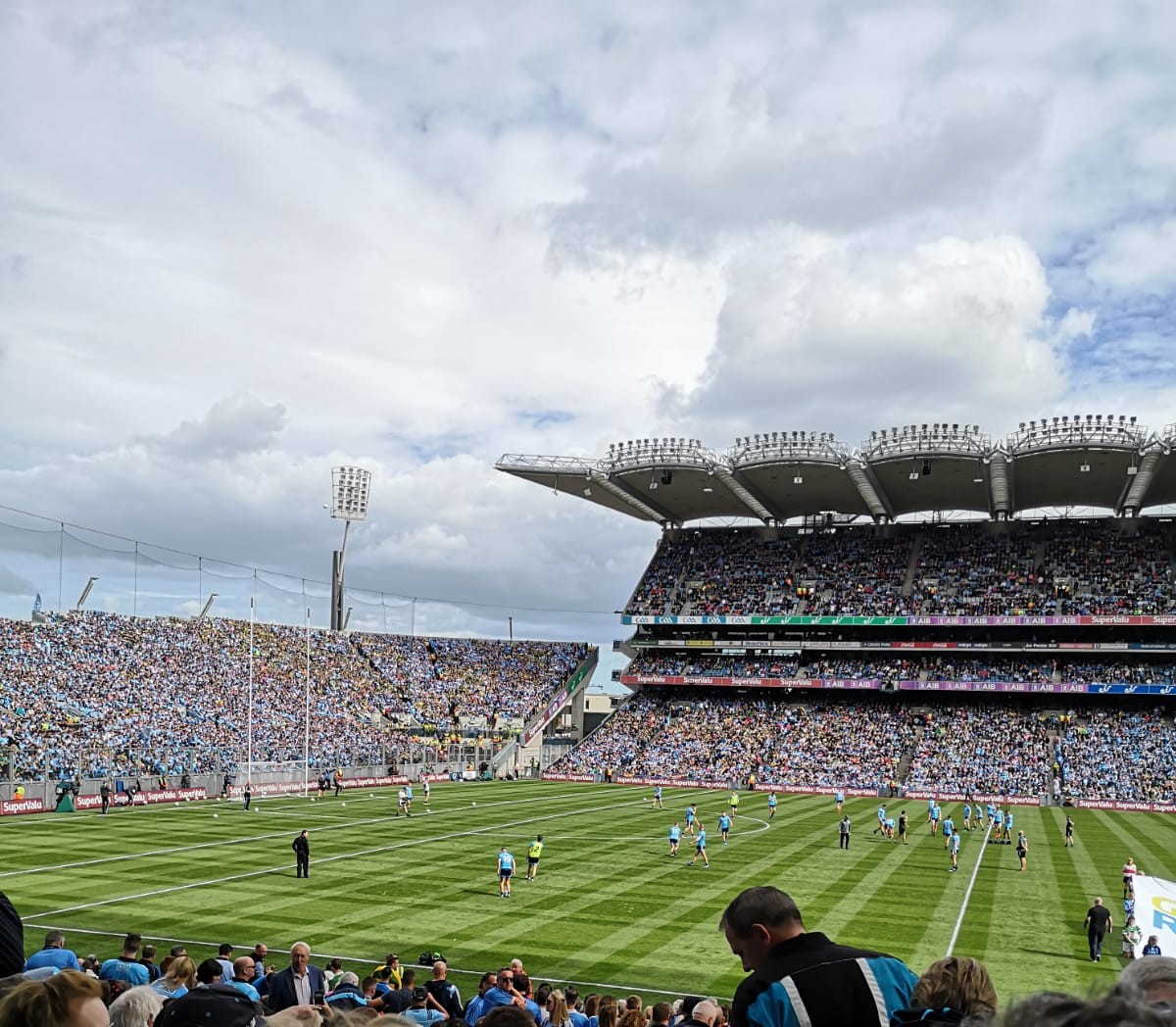 My seat in the Hogan Stand during the All-Ireland final

Things were clearly running behind schedule as the flags for Dublin and Kerry were brought onto the pitch as Cork was celebrating their win.

The Rebels got a massive reception from Hill 16 and it was nothing more than they deserved. It was just a pity Dublin were doing their kicking drills into the hill as all of this was going on.

When the main event came around, the atmosphere reached a fever pitch.

Getting a ticket for this year’s All-Ireland proved elusive for many, but there’s no doubt that those who managed to get one were savouring the moment. As the ball was thrown up by referee David Gough, all the hype and anticipation dissipated as in 70 minutes' time, the world would know who the 2019 All-Ireland champions would be... or so we thought.

There wasn't a chance for either team to feel their way into the game, it was full-on straight from the off.

It made for an enthralling match and one that every football fan could revel in. While the quality of some of the point-taking from both sides wasn’t always particularly high, it made the ones that did go over all the more meaningful.

Besides the 2015 All-Ireland final, Dublin vs. Kerry games alway produce something special and this was no different. The intensity from both teams was something to behold and the battle for high balls was like two teams trying to catch missiles in the air.

It was a titanic contest and a great advert for the modern game. Johnny Cooper's red card was obviously a huge turning point and going into the half-time you could feel the nervousness from the Dublin fans, myself included.

My Dad turned to me during half-time and said, "Is there no half-time entertainment?!" While in some ways it would have been good to have a half-time show of sorts, it felt fitting that the Down All-Ireland winning team from 1994 was honoured.

That's what the GAA is all about, celebrating the tradition of the game and honouring those who came before. 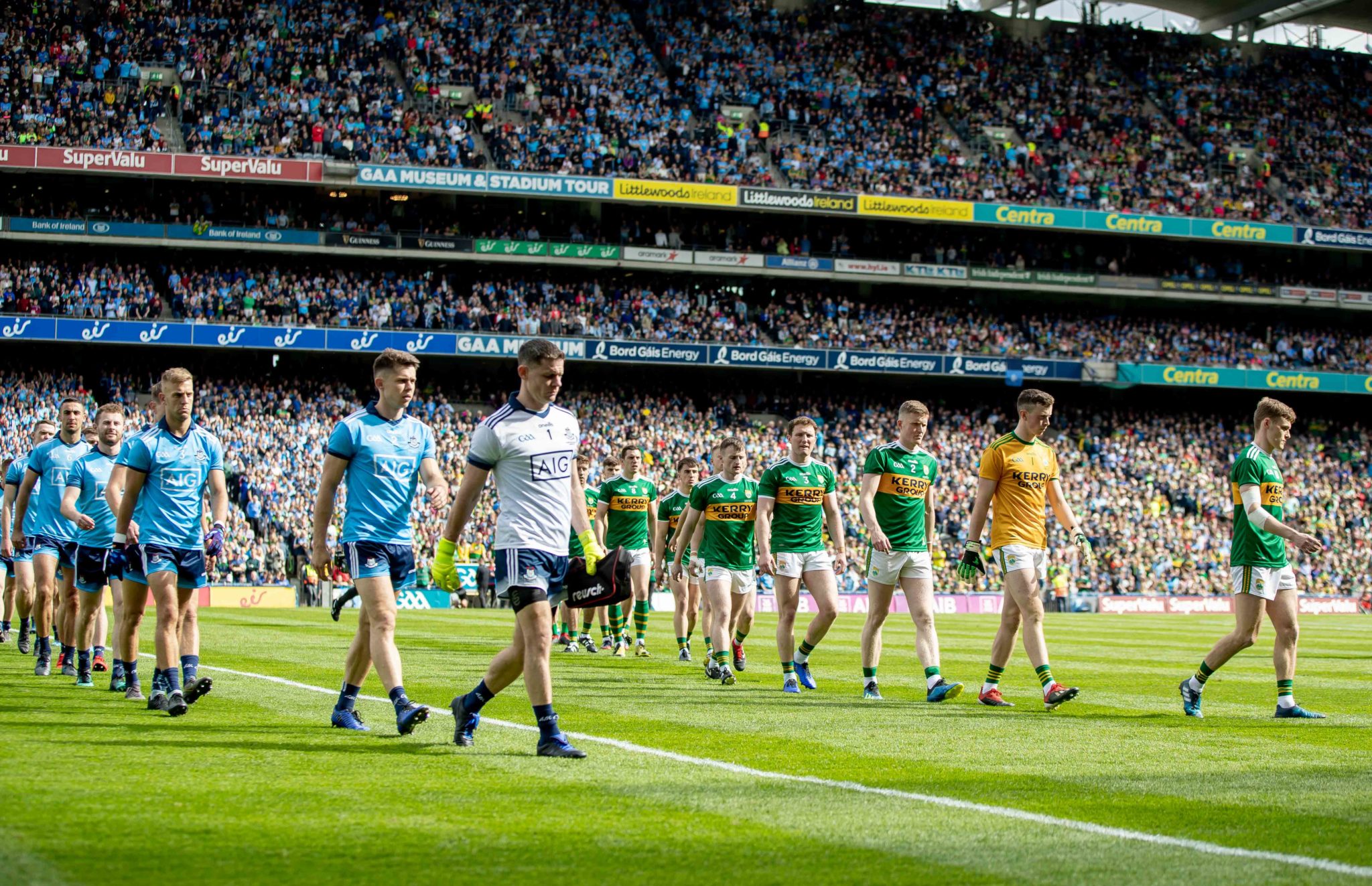 Before long, it was back to the game as with ten minutes to go, the tension in the ground was like nothing I've ever experienced before.

Every foul and point was greeted with either a large groan or a roar. Then when Killian Spillane slotted past Stephen Cluxton, the Kerry cohort at Croke Park erupted.

You could feel the ground shake beneath you and the noise became deafening.

It was the greatest piece of drama you could have asked for as Kerry looked to topple the Dubs and the Drive for Five looked like it was slipping away. Dean Rock didn't read the script, though, as he kicked a sensational point to level things at 1-16 apiece.

While all the talk before the game was how either Dublin would cruise to victory or Kerry would upset the odds, no one forecasted a draw.

As Dean Rock's sideline free veered wide to the left, it brought an end to a captivating game of football.

This final had everything: the drama, the passion, the intensity and the rivalry and if the replay is even half as good then football fans will be spoiled once again.

We go again on Saturday week.

"It was wild" | Kevin McManamon on All-Ireland final draw

Kerry will have 'massive' regrets | Anthony Moyles | OTB AM