The "ruthless" leadership of a GAA icon | Peter Canavan

The "ruthless" leadership of a GAA icon | Peter Canavan

Enda McGinley says there were shades of Roy Keane's leadership style in the way Peter Canavan went about himself on a gaelic football pitch.

The pair were club teammates with Errigal Ciarán, and Canavan was the first name picked on the County Tyrone Mount Rushmore on OTB AM this morning.

"Despite his greatness, he remained humble, he was good craic, he was very much a man of the people.

"And yet he could lead in a way that wouldn't have been strange to the likes of Roy Keane, he was a driven, driven individual. Even still his influence is just massive in Tyrone."

McGinley says Canavan had a ruthlessness about him that he brought with him from his early experiences with the Tyrone senior team throughout the 1990s.

"I had watched him growing up. As a young fella at the club my parents had us all at pretty much every Errigal Ciarán league game. You got to see this man day in and day out at your local pitch, so you really got to appreciate what he was about.

"The big moments in Peter's career, obviously in 1995 he shot to national stardom [when] he led Tyrone to the All-Ireland final. But it was the 1996 semi-final for me, that infamous one where Peter took an injury to the ankle, that left a mark on Peter and scars on Peter, not just [on] the ankle. 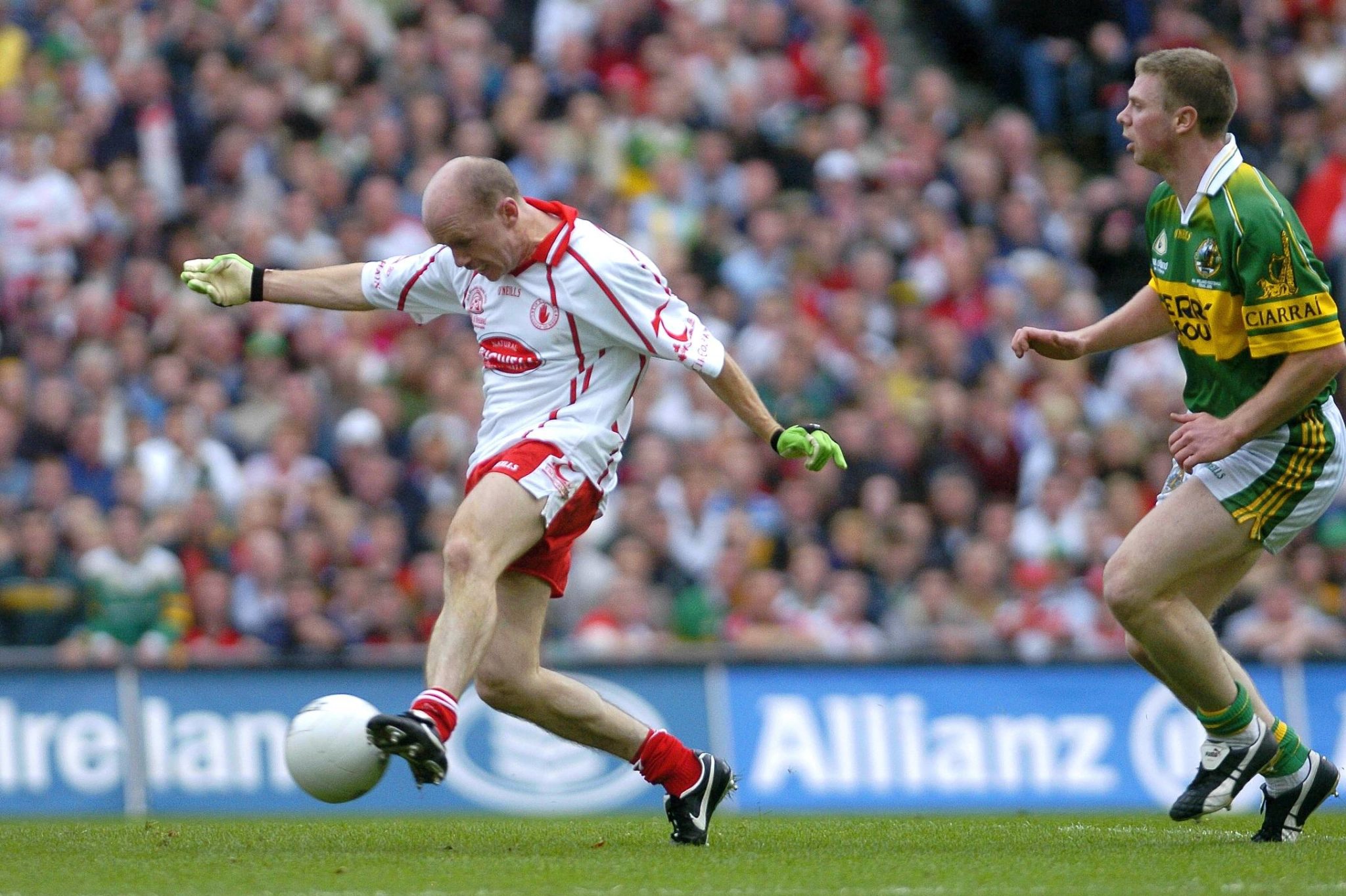 "I started playing club with him in 1998, he wasn't able to start in our first club championship game, I was starting and was only maybe 16 or 17. Everyone in the dressing room was coming up and wishing me all the best and all those lovely words of encouragement.

"Peter came up and just with a driven word he says 'You are lucky to be in there, now make it count.' He was driven, it was scary. He made it clear that there were expectations and I'd better live up to them.

"That was the sort of ruthlessness he brought. Peter had talent to burn and everybody could see it, but he had an edge to him and fight to him that was chiselled out in the likes of that Meath '96 team.

"The Tyrone boys that came through in the noughties and won the All-Ireland's... Peter stripped away this notion of just being able to win with nice football, he made it very clear from his own experience that you had to have a harder edge.

"Through that driven mentality he influenced that entire generation of Tyrone men, influenced my own club massively obviously. He had all the talent to burn but through his own experienced realised, in gaelic football that's not enough, and it's still not enough.

"You have to be able to bring the battle, and that man had battle burning within him."

Enda also spoke about how Canavan's talent was so great that he helped bring together his club after a rift had led to a split in the ranks for years.

"Our own club had a split for eight or nine years, and Peter was in the section that broke away when he was young, and so he missed out on his youth football. 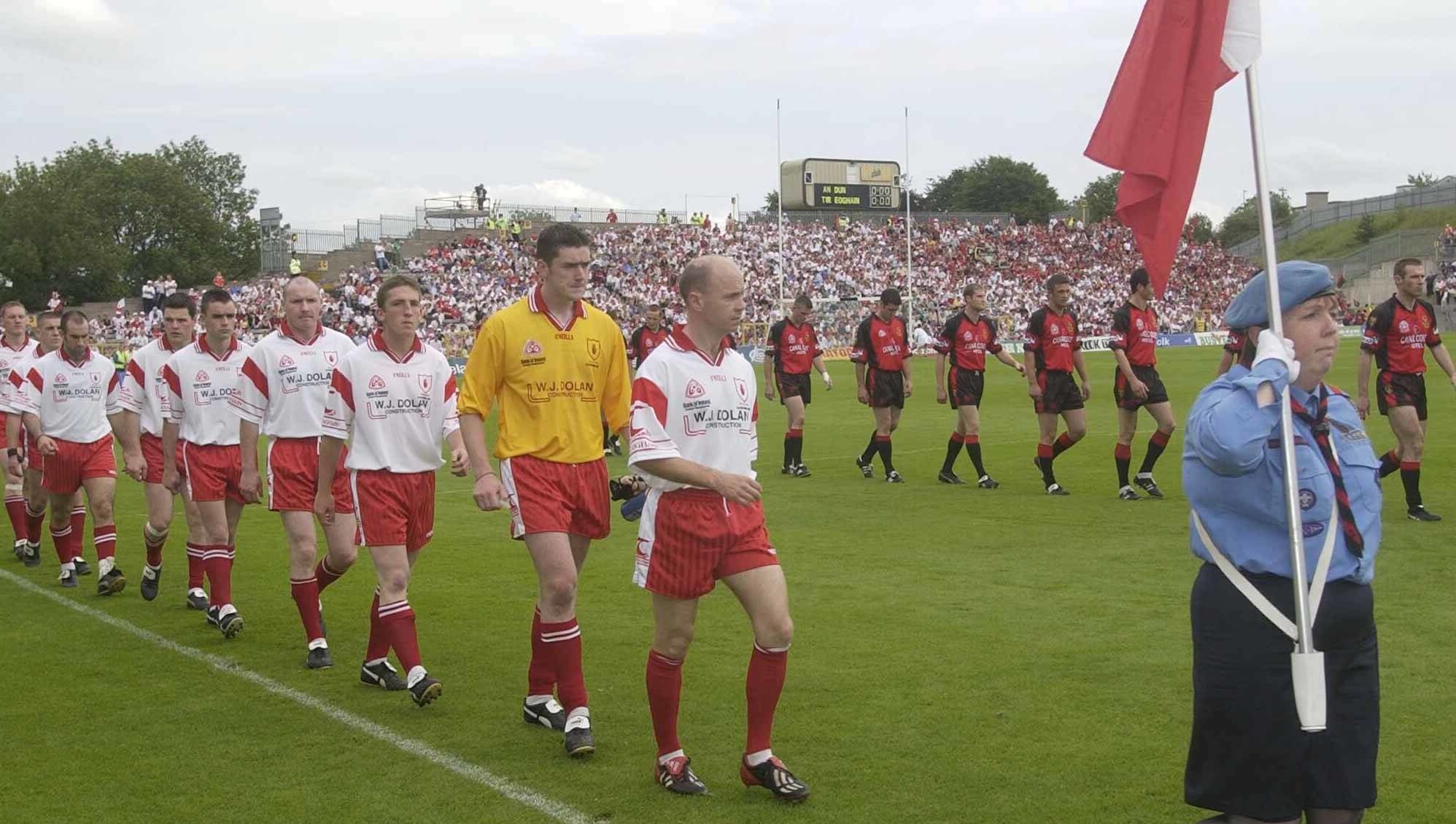 "His talent was such that there was a push then to get the club back together because they realised this guy needed a platform, and he needed to be playing for Tyrone.

"He was playing initially for Tyrone under the Killyclogher hurler tag famously, but the club realised there was talent there. As [much] as there was a natural need to heal old rifts, there was this impetus of a generational talent that was Peter.

"Peter was and is something special, something different."

McGinley also spoke about how, although he counts Canavan as a friend, on the football pitch it was all business, all the time.

"You never truly got comfortable with him, you were always acutely aware that you were playing with Peter Canavan. He always acted as a friend and I would count him as a friend, [but] he is still Peter Canavan so there's still that wee aura about him.

"So often if you did something half-decent in a match or you played a good pass to him, [from some players] you'd get a wee hand up or thumb up after he would score to acknowledge the good work done, there was nothing like that from Peter.

"It was very much a jog back out, and you had literally just done what you expected to do, if you didn't he was on your back. There was no wee bit of encouragement, it was pretty demanding.

"It was those standards... it's the same thing as Roy Keane, if they were the standards he set himself you had to play to them as best as possible."