Some Dubs will 'grudgingly' welcome Rory back | Paddy Christie

Former Dublin fullback Paddy Christie says some Dublin players will welcome Rory O'Carroll back to the senior panel "grudgingly" but explained that Jim Gavin's side know his return will be for the good of the team.

Reported in this morning's Irish Independent, the All Ireland winner and former All Star looks set to return to the Dublin fold ahead of the beginning of the Leinster Championship in four weeks time.

Speaking on this morning's OTB AM, Christie says the move will only serve to strengthen the reigning All Ireland champions.

"It really comes down to Jim, the management [team] and I suppose the team ethos and values he has in the panel," he explained.

"If people see themselves as part of the team and working toward the goal of winning an All Ireland - then they'll grudgingly accept it.

"Whereas, if you don't have a good ethos in the team and if there's not a good set of core values there, you'll get a couple people thinking: 'This fella is coming in out of nowhere' and 'Where's he coming from?'

"I get the feeling over the years that Dublin wouldn't have won what they won without having that good atmosphere in the squad and that good set of core values.

"When you have a manager that's not about ego, I think that transfers into the squad. That percolates down into the panel.

"So I think fellas will accept this grudgingly because some fellas will end up losing out - I would imagine. But, still, it's for the common goal." 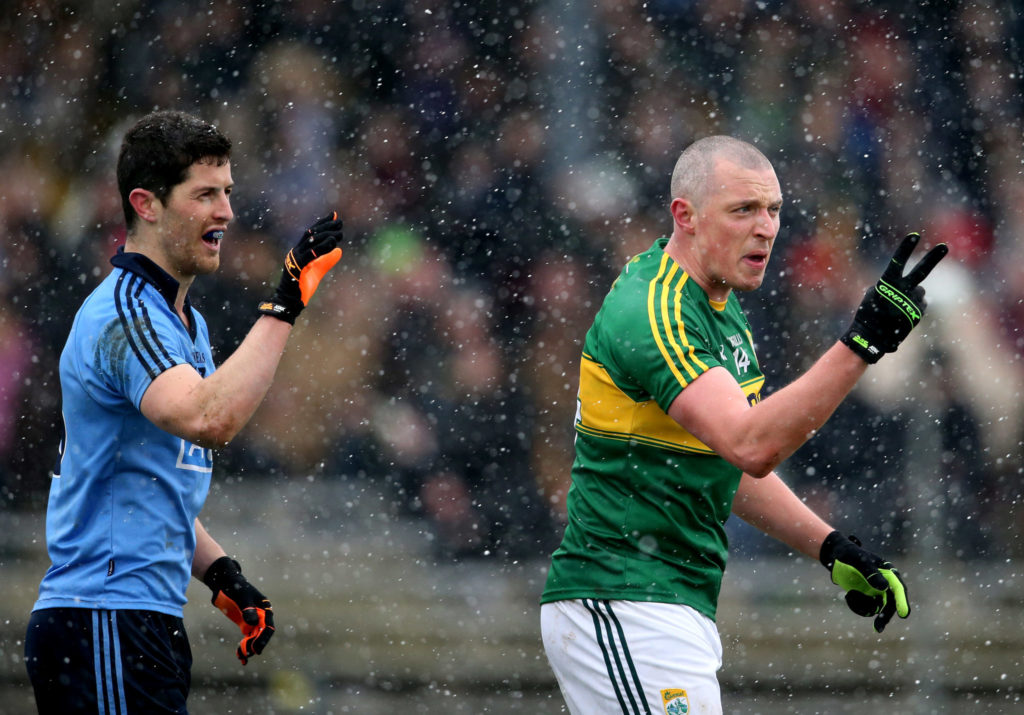 Dublin continue their quest for a historic five in-a-row success in this summer's All Ireland series and Christie pointed out that despite his experience in the squad, the reintroduction of the Kilmacud Crokes clubman will be like an injection of fresh blood in the panel.

"I went to see Ballymun play Kilmacud in Parnell Park there recently and he was playing that night. It became apparent very quickly that he hadn't fallen back very much.

"As a Kickhams fella, he caused us a lot of trouble. He was solid under the high ball and he was powerful coming out with the ball. He didn't look too far off where he was years ago.

"Maybe the break has done him some good. He's not a GAA mad player either. He's got other things in his life and he doesn't get overly serious about it.

"In a way that's probably quite good for a fella playing a match in Croke Park. He's the type of player that would stay calm and collected."

He continued: "I think he can play either game by the way. He seems to be well able to move around the place.

"Whatever way the game is going to be played, he'll be an addition. Certainly a fella with that sort of pedigree who's already done it at the highest level - that's a huge addition for Jim.

"I think Jim was struggling a little bit in the last year as regards the senior panel and there's not too much new blood coming in.

"This is like new blood as such, even though he's used to the set up from years ago - tt's an injection of freshness.

"It seems to have worked out well for Jim and the lads in there because there was a few issues around that area. [O'Carroll] has the pedigree there and he's won an awful lot.

"He's played at a high level for a long time. I know he's been away for a while - but certainly I'd say a lot of counties would be more than happy to have him come back into their fullback line, you know?"

Time away with family reignited Steven Reid's love for football