A rainbow of green and gold: Leitrim's Croke Park date

It's only when you go to a colosseum like Croke Park that you actually realise the size and scale of Leitrim's population.

According to the last census, there are 32,044 people living in the county. And that's a peak. Even if you count the likes of myself and many others based "abroad" (AKA in Dublin and the likes), there would still be ample pockets of space left around Croker.

Yet, Jones' Road and the thoroughfares around the stadium only featured two colours on Saturday.

Then in the Hogan Stand, green and gold were the only colours in the rainbow, bar small pockets of white and red. The same story in the opposite stand.

I don't think I've ever seen so many Leitrim people in one spot all at once - and that includes back home!

They came from all corners of the country and from far afield as well. Indeed, there were tales of people flying in from across the Atlantic and from our neighbouring island. 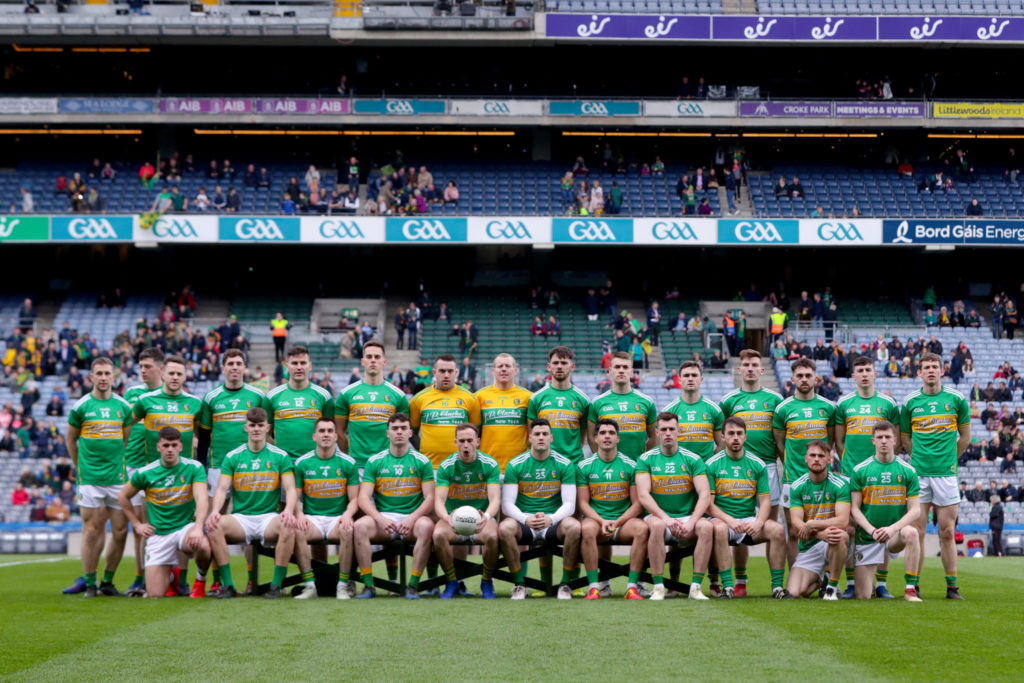 And no wonder! Saturday's Division 4 final was only the second time the senior team had played at Croke Park since that 1994 campaign.

So, it was understandably in the you-have-to-be-there territory. And that passion carried over into the 'Leitrim, Leitrim' chants that cascaded down from the stands, shoving the light drizzle aside.

While a Derry team more accustomed to life in higher divisions won on the pitch, the signs of Leitrim's progress were clear as daylight.

Terry Hyland's side started well and by the end, found themselves edged out by a four-point margin. Indeed, the game was lost in two periods of clinical Derry point-scoring either side of the break.

And from the Leitrim perspective, there were good chances that went a-begging in the first-half. That could have narrowed that outcome but overall, you have to say it was a solid performance.

There was a real sense of cohesion and a plan that crystalised in some strong counter-attacking runs. It follows in the coat-tails a league campaign where Leitrim won six from seven. But crucially, one in which the county had to fight back from many a half-time deficit before securing valuable victories and the priceless momentum that carries.

It's a fillip before a very tough Connacht Championship draw this summer.

Rivals Roscommon await before a date with what's almost certain to be Mayo, should Leitrim progress. Progression in another sense has already been achieved in 2019 and that's what we got to see on Saturday.

Golf's Curtis Cup postponed until 2021 as result of coronavirus

Aston Martin confirm they'll return to Formula One next year

What should Mayo tweak to beat Dublin?