Steven Poacher on Mickey Harte's men: 'All is not well in Tyrone camp'

Carlow boss Steven Poacher had tipped Tyrone as the team to beat Dublin this year, however, their defeat to Donegal last weekend highlighted a number of problems with Mickey Harte's side.

Now Poacher says he does not see any county beating Jim Gavin’s Dubs. More interestingly, it raises the question, what has gone wrong with last year’s other All-Ireland finalists, Tyrone?

Speaking on Tuesday’s OTB AM Poacher said the issue appears to be three-pronged. Namely, discontent within the camp, players choosing to leave the panel and Mickey Harte changing his side’s system.

Speaking about the mood in the set-up, Poacher said that last year he had heard that all was not well in the squad but, in spite of that, they “seemed to get their act together”, eventually reaching the All-Ireland final.

“I’d heard a few rumblings again this year that all is not particularly well in the camp”, Poacher said.

Disharmony may be one of the root causes behind last week’s defeat to Donegal, a performance which Poacher labelled as “horrific.” 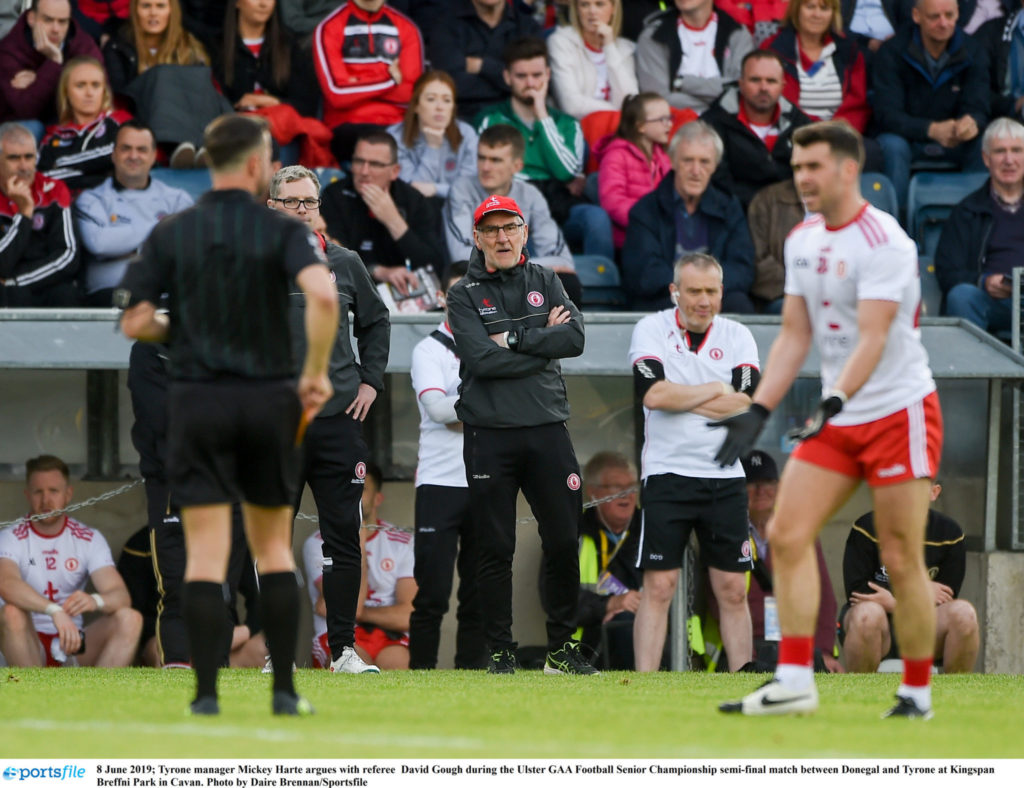 However, the major reason for their struggles Poacher believes is due to Tyrone’s system change this season.

“Why has there been a style change? I don't understand that. That style got them to an All-Ireland final last year and had them leading Dublin five [points to] one.

Poacher repeatedly emphasised his confusion at why the Tyrone system, “built over three or four years” to such success, had then been “totally revamped and changed” to little success.

Another issue is the number of players Tyrone have lost from the set-up, a problem other All-Ireland finalist counties have not historically struggled with.

“Last year, Tyrone had a fantastic bench. They had the likes of Mark Bradley, Lee Brennan, Ronan O’Neill all being sprung from the bench. Those guys are gone now and you have got to ask why are they gone?”

Poacher singled out Brennan again as a key loss to Tyrone, who against Donegal in 2018 came off the bench and scored four points from play.

“Tyrone's bench last year was equally as effective as Dublin's bench. In the defining game in the Super 8s last year I think Tyrone's bench scored 2-6 if I’m not wrong.”

When asked if Tyrone could put together a good run now heading into the next rounds of the Championship, Poacher again pointed to the loss of personnel and a lack of squad depth.

“I just think this year they don't have the bench to make a charge”, said Poacher.