Golf fans had to be removed from the Memorial Tournament on Friday for repeatedly heckling the reigning US Open champion Brooks DeChambeau.

To his clear frustrations, shouts of 'Brooksy' were directed at DeChambeau as he played.

"I don't care what they say," he stated afterwards. "Like if they say that, it's not a big deal to me, it's flattering.

"But I'll also say that if they say it during a back stroke that's different."

Although DeChambeau chose not to address claims made by The Athletic that he had asked for the fans to be removed from the course, Brooks Koepka has decided to weigh in himself.

Capping off a long day with @MichelobULTRA! Thanks for all the support today. Also, we’ve got something for you… pic.twitter.com/kwtwXg3Kqb

"What's up, guys? It's Brooksy," said Koepka via his Twitter account. "I just wanted to say 'Hey' and thank you guys for the support.

"I heard a bunch of you were shouting my name at the golf tournament today. I know I'm not playing but thank you guys for showing support."

In an act of generosity sure to keep the rivalry alive and well, Koepka offered a gift to those fans who had been removed the course.

"If your time was cut short at the golf tournament today," he said, "DM Michelob ULTRA and we're going to be giving out 50 cases of beer.

"Just as a thank you for showing support." 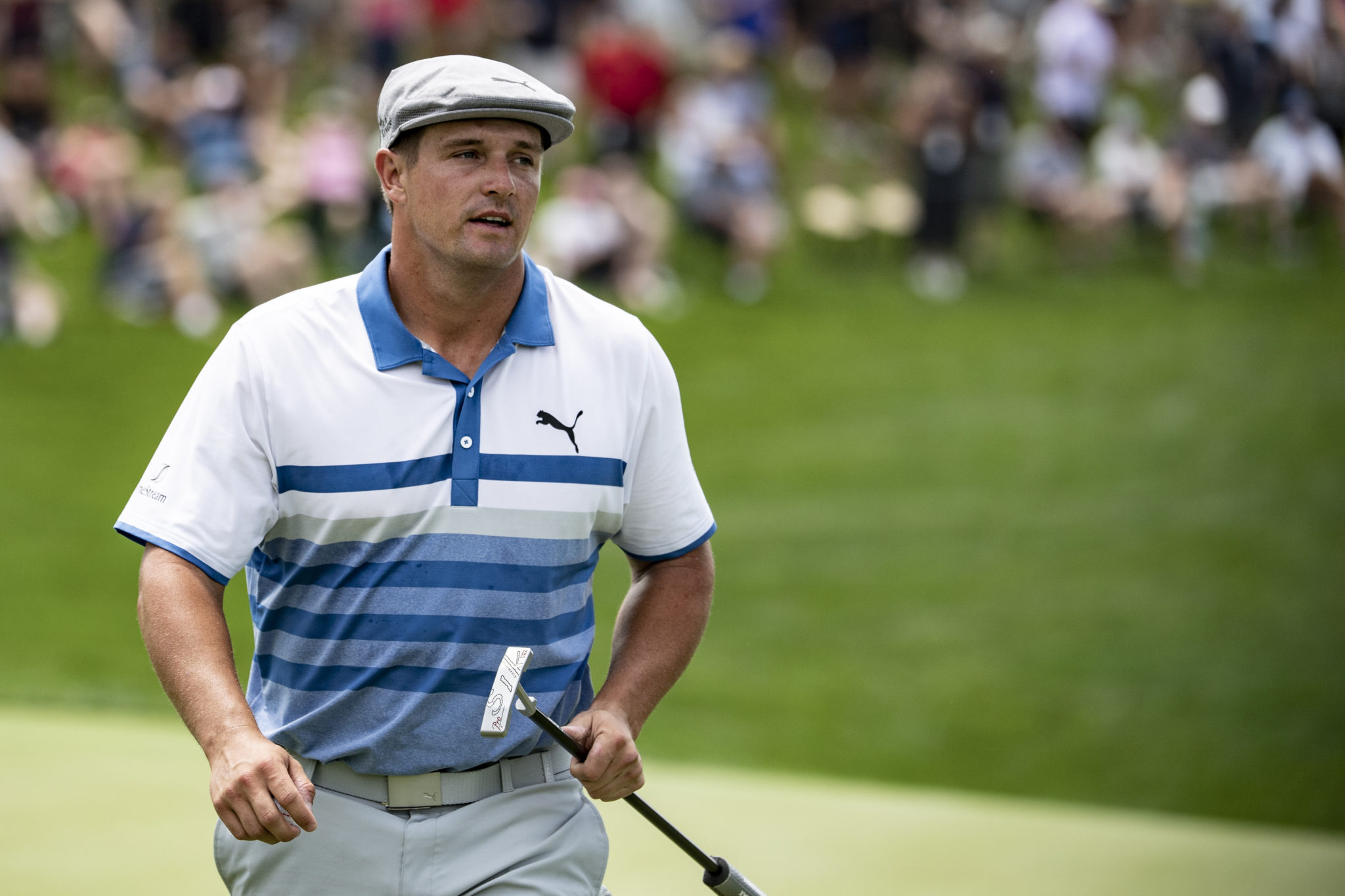 Bryson DeChambeau looks on after finishing on the 18th hole during the second round of the Memorial Tournament at Muirfield Village Golf Club in Dublin, Ohio on June 04, 2021 | PA Images

The beef between Bryson DeChambeau and Brooks Koepka stretches back to 2019 and show no real sign of slowing up anytime soon.

Most recently, a leaked video showed the four-time major winner Koepka rolling his eyes and angrily muttering as DeChambeau walked behind him during an interview.

DeCheambeau has "no regrets" about not getting COVID-19 vaccine

WATCH: Koepka reveals origin of DeChambeau beef ahead of The Open