Bryson De Chambeau has kept his feud with Brooks Koepka going at the U.S. Open Torrey Pines. The ...

The American golfers have been engaged in a series of tit-for-tat comments and complaints in recent weeks and this latest incident once again involved a Brooks Koepka TV interview.

Following a first-round 69 at the year's penultimate golf major, Koepka, sitting two shots off the lead, was in conversation with Golf Channel’s Todd Lewis.

As luck would have it, Bryson De Chambeau just so happened to be walking along in the background at the time.

Things didn't quite go as they did previously, however.

Just in case you missed it the first time, have another look.

In his red-and-grey striped shirt, DeChambeau seizes on his opportunity to videobomb Koepka's interview with a star-jump as he walks on by.

After all the hullabaloo that followed DeChambeau walking behind Koepka being interviewed previously, the American golfer insisted he was just trying to lighten the mood.

"Again, it is one of those things," he said. "People were thinking I was doing something, I wasn’t doing anything at the PGA Championship and I saw an opportunity and I just had fun with it." 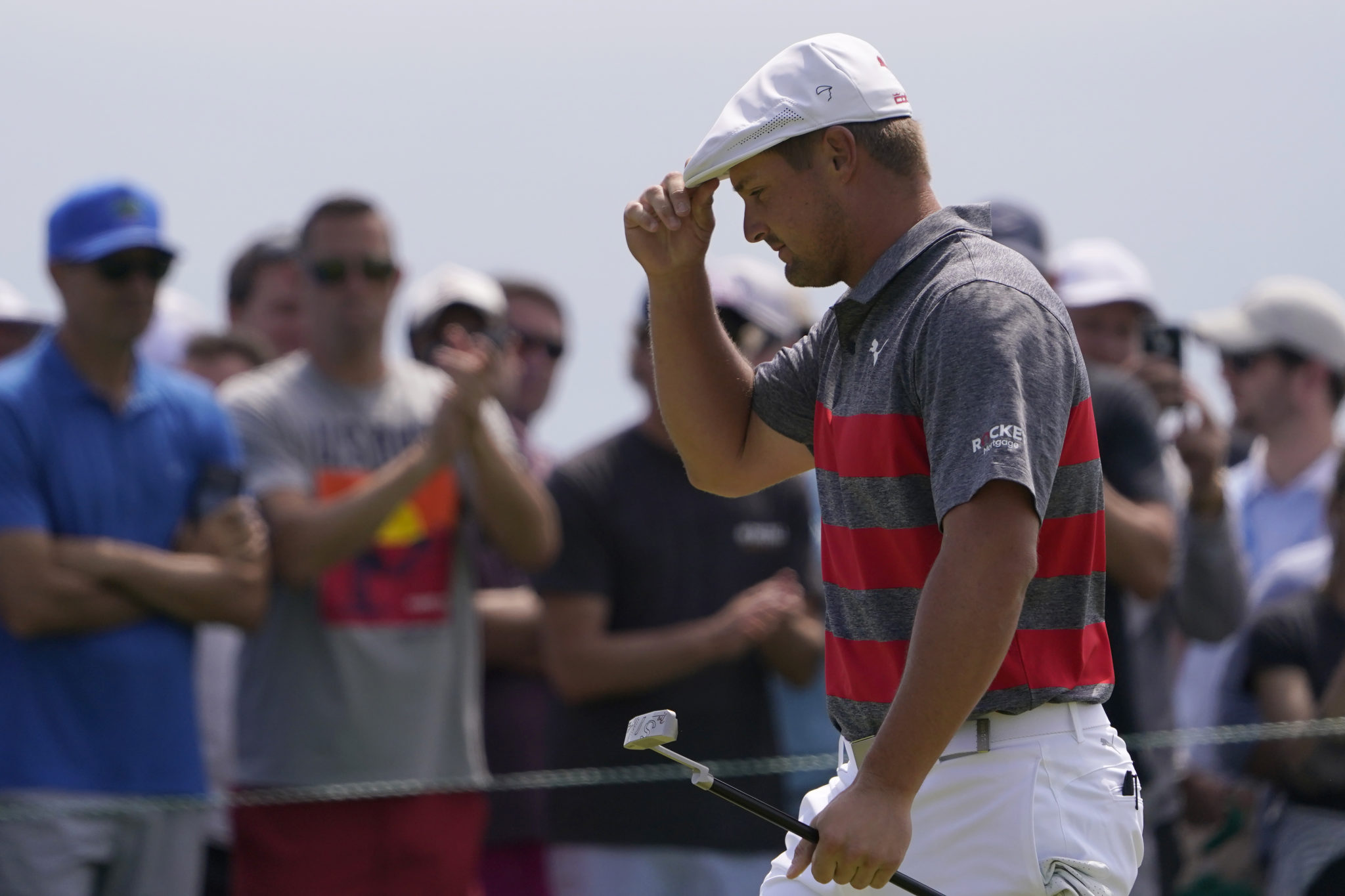 Bryson DeChambeau during the first round of the U.S. Open Golf Championship | PA Images

Earlier this month, Brooks Koepka seized on the rowdiness of some golf fans to get a probable rise out of Bryson De Chambeau. Fans had to be removed from the Memorial Tournament for repeatedly heckling DeChambeau with shouts of 'Brooksy'.

"What's up, guys? It's Brooksy," said Koepka via his Twitter account. "I just wanted to say 'Hey' and thank you guys for the support.

"I heard a bunch of you were shouting my name at the golf tournament today. I know I'm not playing but thank you guys for showing support."

"If your time was cut short at the golf tournament today, DM Michelob ULTRA and we're going to be giving out 50 cases of beer. Just as a thank you for showing support."

DeCheambeau has "no regrets" about not getting COVID-19 vaccine

WATCH: Koepka reveals origin of DeChambeau beef ahead of The Open