Padraig Harrington outlined that he was 'not unhappy' with Europe's Friday foursomes in the Ryder...

Padraig Harrington outlined that he was 'not unhappy' with Europe's Friday foursomes in the Ryder Cup, despite going down 3-1 to USA after the morning session.

The Spanish duo of Sergio Garcia and John Rahm gave Europe a strong start as they defeated Jordan Speith and Justin Thomas 3&1 however USA battled back to dominated the morning's proceedings.

Patrick Cantlay and Xander Schauffele were emphatic in their victory over the pairing of Rory McIlroy and Ian Poulter, winning 5&3 with Brooks Koepka and Daniel Berger getting the better of  Lee Westwood and Matt Fitzpatrick 2&1. 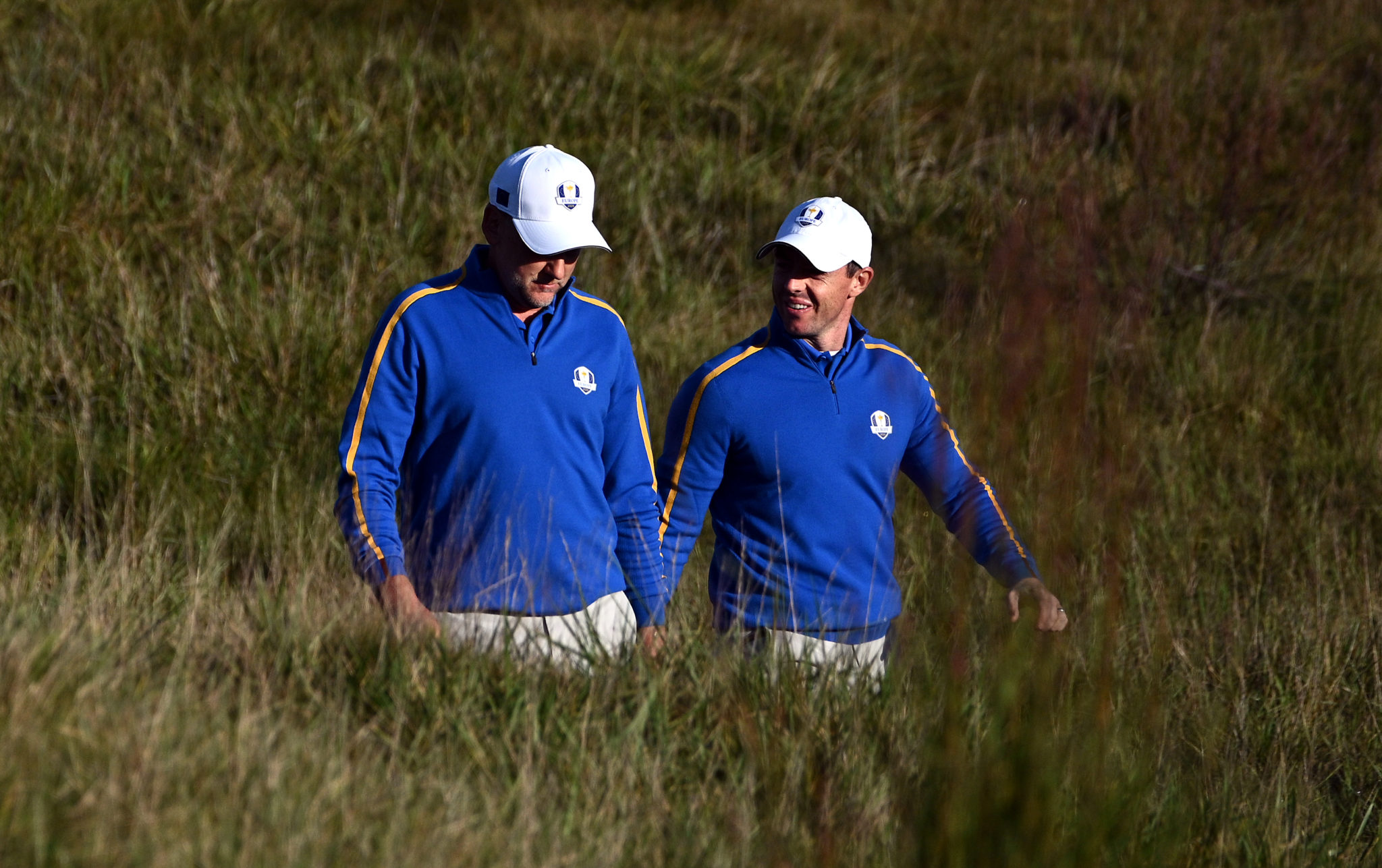 Dustin Johnson and Collin Morikawa had a hard fought win over the interesting duo of Viktor Hovland and Paul Casey to give USA a very impressive 3-1 lead over Harrington's team in the Ryder Cup heading into the afternoon four-balls.

Speaking to Sky Sports on Friday afternoon, European captain Padraig Harrington outlined that despite their struggles, he was not unhappy with how his team played, explaining that they 'stuck with the plan.'

“We had a plan, we stuck to the plan," began Harrington.

"I thought the players played well this morning. That's match play. We are hoping for a big afternoon. We definitely stuck with the plan."

🗣️ 'Poulter is evidence of how good you can get with an average game - he just believes!'

🗣️ 'I worry about this golf course for him.'

“You want to be involved in some way but I suppose you get your team ready and you have to let them go. They did play well today, so I'm not unhappy with that. They have done their job. It wasn't their morning. Let's hope it's their afternoon.”

Friday's afternoon session will see massive Irish interest in the pairing of Shane Lowry and Rory McIlroy as they battle Tony Finau and Harris English.

Our Ryder Cup coverage is brought to you in association with Sky Sports. Watch the Ryder Cup exclusively live on Sky Sports

To join or upgrade today and get Sky Sports for just €20 a month for 6 months, search Sky Sports Golf or visit skysports.com/golf