Mary’s sister Una scored a hat-trick of goals as the Wexford side overcame Sarsfields of Galway by 4-8 to 2-9 at Nowlan Park last December to land the delayed 2020 title and their third in a decade.

“We lost a few prominent GAA people in the club over the last two years, a few due to COVID as well,” the three-time All-Star told OTB Sports’ Aisling O’Reilly in our latest AIB Hero interview.

“Those people are remembered and camogie and our successes have given people a lift. It has lifted the spirits of Oulart.

“The people of Oulart have been so good to the camogie team, particularly over the last two years.” 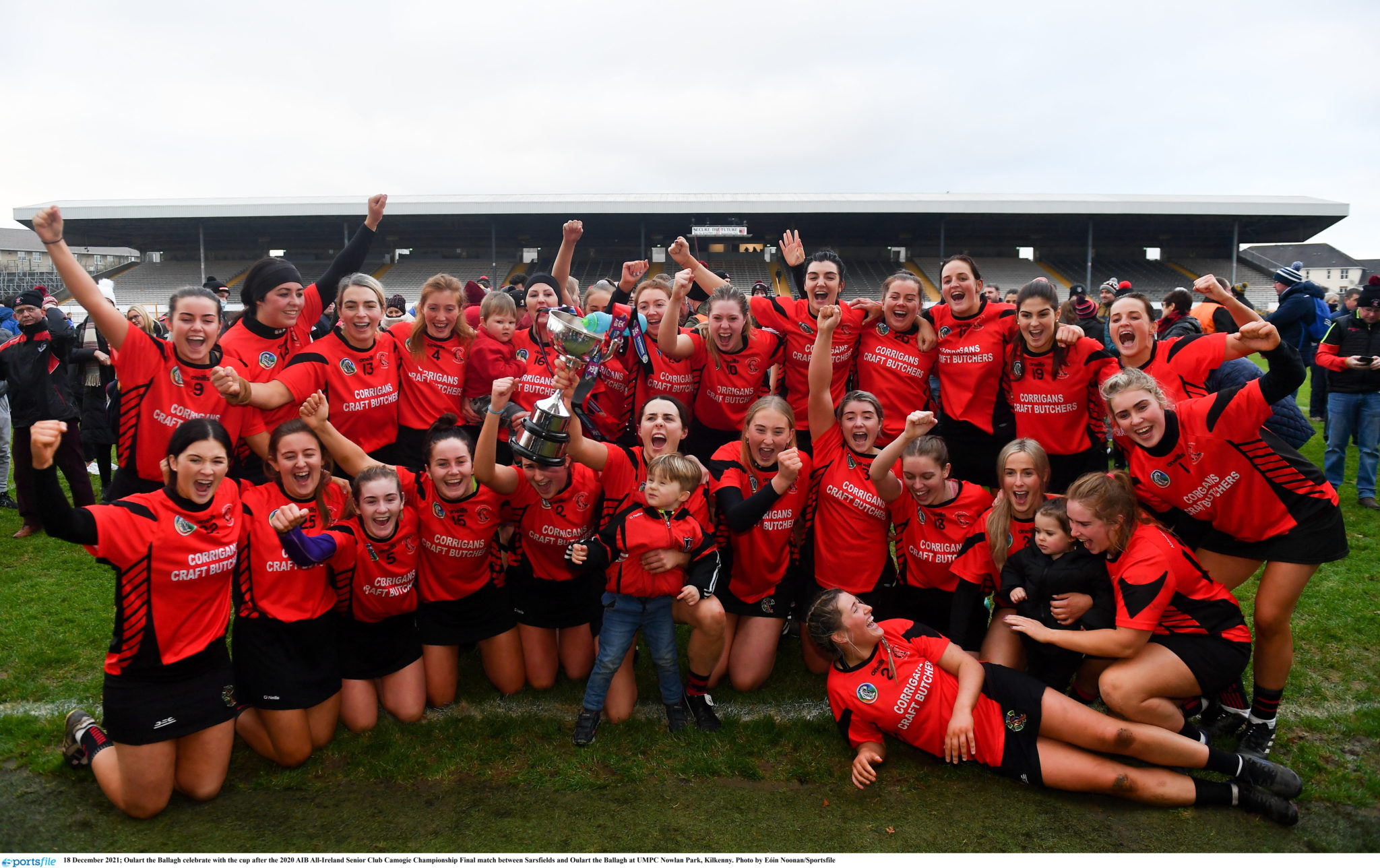 Love of the club

Leacy, who skippered Wexford to All-Ireland glory aged 21 in 2007, returned to the Oulart panel for their Leinster campaign last year, just six weeks after giving birth to her son Matthew.

The 36-year-old says she her life-long love of her club and the game, which was instilled by her mother from a young age.

“I was around six when I first started coming down to the field. My first memory of playing a match was actually an under-10 final here in Oulart.

“In the first half I got hit on my finger, I remember playing on, despite not being able to hold a hurl, because it was final. I still played the whole match because I was the captain!

“Afterwards, I had to get an operation because my finger was broken in three places. It must have been a Friday night because on that Sunday our hurlers were in a county final and I was allowed out of the hospital to see it.

“It was the first county final that her hurlers won here and I got out to watch it. It was a sore memory but a really good memory!"

Mary’s mother Margaret O’Leary-Leacy was selected on camogie’s team of the century in 2004 and she was a big influence in the careers of the Leacy sisters and other young players coming through the club.

“Mammy was always over us the whole way up along. She’s mad about camogie and won a lot of awards.

“We would always have heard growing up, ‘oh my God, your mam would have been as good as any man on a team’. That spurred my sister and I on as well.”

Praise of Camogie is 'almost patronising'