Taoiseach Micheal Martin has given an indication that attendance numbers could be increased at Cr...

Taoiseach Micheal Martin has given an indication that attendance numbers could be increased at Croke Park for the championship crescendo.

The country has been gradually opening up as the numbers of people who have received a vaccination have increased and just this week indoor dining made a return.

The most recent fixture at GAA HQ on Jones' Road was the Connacht Senior Football Championship final between Mayo and Galway which had 18,000 people in attendance, watching Mayo collect their 48th provincial title.

The Taoiseach was visiting the vaccination centre at the National Show centre in North Dublin and was asked if they could admit as much as half the full capacity, around 40,000, for the All-Ireland Senior Championship semi-finals in hurling and football, which take place next month.

"It depends whether Cork get through or not in the hurling,” he joked first before saying, "I think we can look forward to increasing that figure for the All-Ireland finals certainly. We’re looking at the semi-finals. 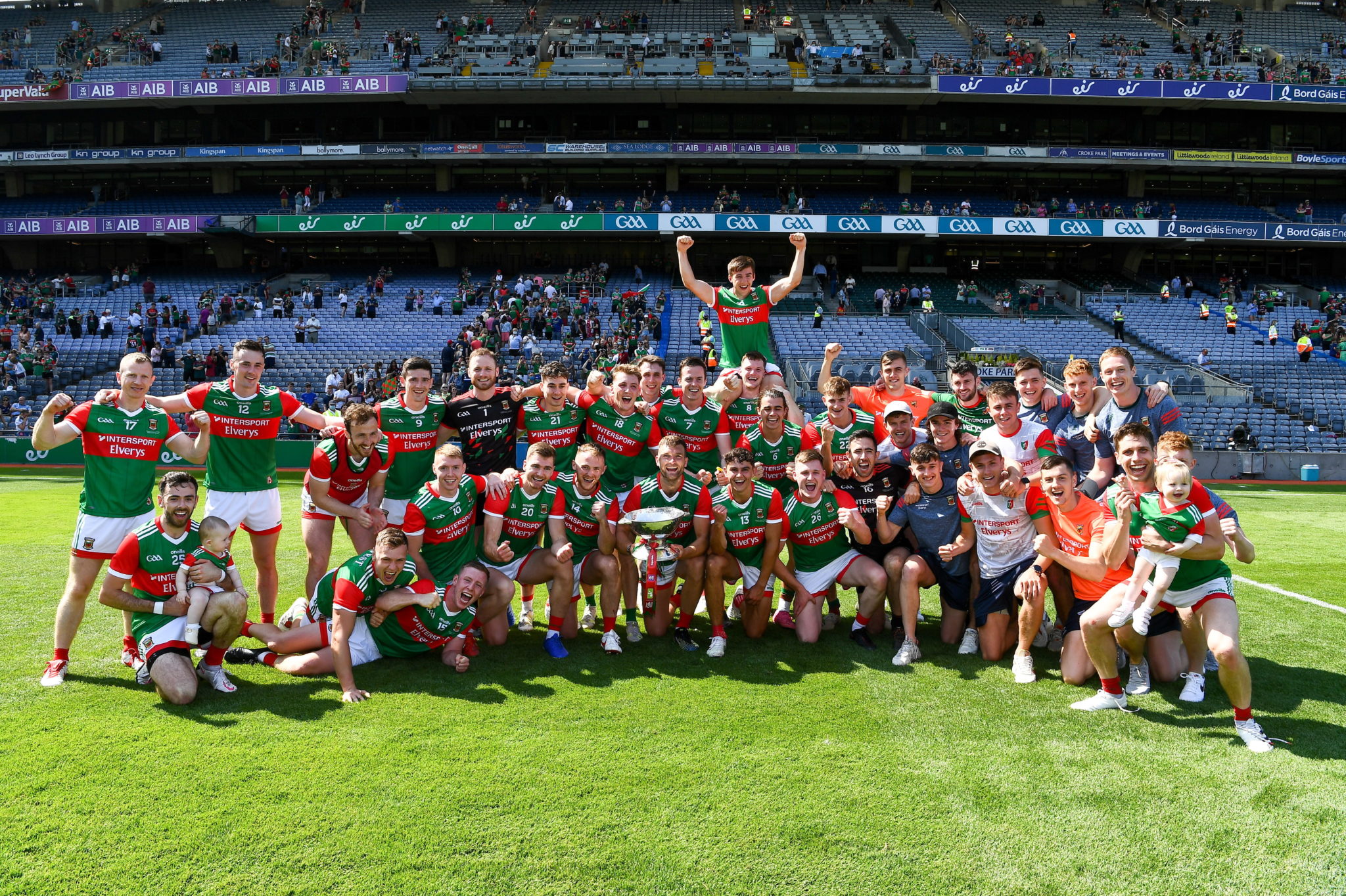 25 July 2021; The Mayo squad celebrate with the Nestor Cup after the Connacht GAA Senior Football Championship Final match between Galway and Mayo at Croke Park in Dublin. Photo by Ray McManus/Sportsfile

"We are looking at that."

The pilot schemes for the return of spectators to sport in Ireland have been running since the beginning of June across all sports and the Aviva Stadium will see its biggest crowd on Thursday night.

The UEFA Europa Conference League match between Bohemians and Dudelange will have 8,000 in attendance.

OTB Sports Breakfast: From the GPA to MUFC and Cheltenham to analysing the scrum | OTB AM

‘They have to go!’ | Tommy Walsh on penalty shootouts