James Skehill: Davy Fitzgerald 'does not fit the bill' for Galway

All-Ireland winning goalkeeper James Skehill does not believe that Davy Fitzgerald would be a goo...

James Skehill: Davy Fitzgerald 'does not fit the bill' for Galway

All-Ireland winning goalkeeper James Skehill does not believe that Davy Fitzgerald would be a good fit for the vacant Galway senior hurling manager's job.

The Clare native Fitzgerald is believed to be in the running to replace Shane O'Neill, with the likes of Micheál Donoghue also being tipped for a return to the role he vacated in 2019.

Having recently concluded a spell in charge of the Wexford hurlers, Fitzgerald, who memorably won the All-Ireland as Clare manager in 2013, would not be unanimously welcomed in Galway according to Skehill.

"It just doesn't fit with Galway," he remarked on Thursday's OTB AM, Fitzgerald's style of management one that Skehill does not feel will hold much appeal for Galway's hurlers. "I think when he went to Wexford the county as a whole were looking for a bit of rejuvenation.

"The team were looking for a level of professionalism in management that they hadn't seen before and he brings that with him. I don't think Galway are in need of rejuvenation."

Speaking from over a decade of experience in the Galway senior panel, Skehill identified that the county players prefer to work from an ethos forged on collectivity and shared responsibility.

"That's not really the Davy Fitzgerald model in my opinion," he explained, their paths crossing during Skehill's days as the goalkeeper on Fitzgerald's Limerick Institute of Technology team in the mid-2000s.

"I don't think the Galway players would take to a dictatorship too handy." 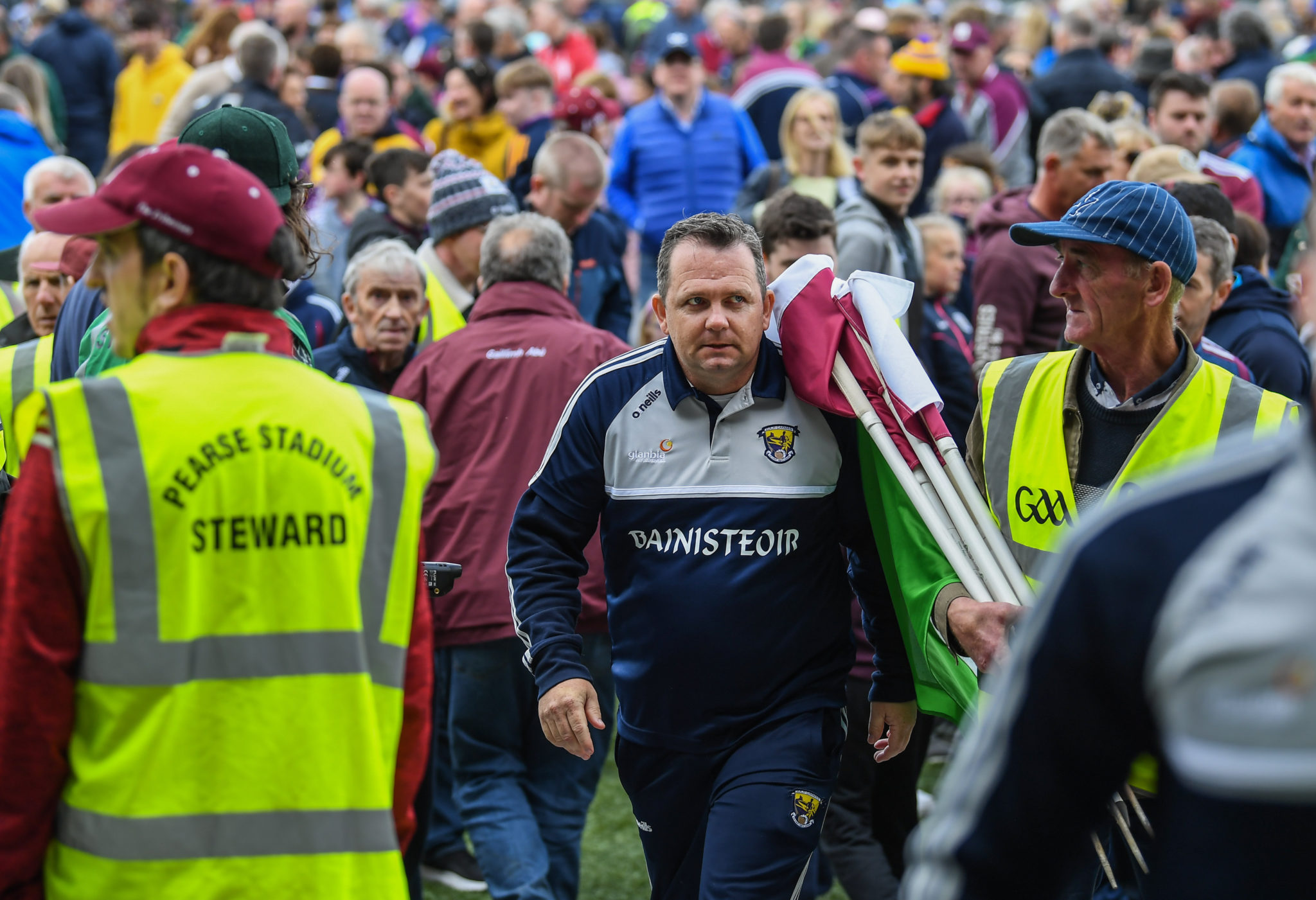 26 May 2019; Davy Fitzgerald following the Leinster GAA Hurling Senior Championship Round 3A match between Galway and Wexford at Pearse Stadium in Galway | Sportsfile

Meanwhile, Skehill believes that the Galway county board should be doing everything they can possibly to bring Donoghue back into the fold.

The man who managed Galway to All-Ireland success in 2017, Skehill, who was a member of Donoghue's panel, is adamant that there is no better person for the job.

"Go down with a bouquet of flowers to his front door and say, 'Come back please'," he joked of the approach that should be taken to reappoint Donoghue.

"Personally speaking, even though I have no involvement with the team, I'd love to see him back because I know how good he is and I know how well respected he is in management terms.

"He is a great manager and I just think it is a bloody sin if we don't go about getting the best manager possible for this group and in my opinion that's Micheál."

However, between family and work commitments Skehill is uncertain whether Donoghue will consider this the right time for a return.

'I was a prick for two years!' | The Damien Joyce conversation that turned James Skehill around

REPORTS: Davy Fitzgerald to make a surprise return to coaching with Cork