Wading into a discussion regarding hurling's conflicted view of the sweeper system, Galway manage...

Wading into a discussion regarding hurling's conflicted view of the sweeper system, Galway manager Micheál Donoghue doesn't envisage ever implementing the plan with his Galway team.

Much maligned in certain hurling circles, Galway's Micheál Donoghue appreciates the nuance of the catch-all sweeper-system.

"The game has evolved," he acknowledged on Tuesday's OTB AM, "and even for ourselves there are situations when you get someone to drop and have someone sitting deeper."

Resisting the temptation to engage with a fundamental outlook one way or another, Donoghue ultimately argues that each manager must operate in a manner that best suits the talent available to him.

"Your set-up is determined by the players you have," noted the All-Ireland winning manager, "[and] in hurling, everybody wants to have more space to play up top.

"Do you create that space by pulling one fella back and leaving five up top, or can you play the conventional six?

"It comes down to how you push forward and how you're using the ball." 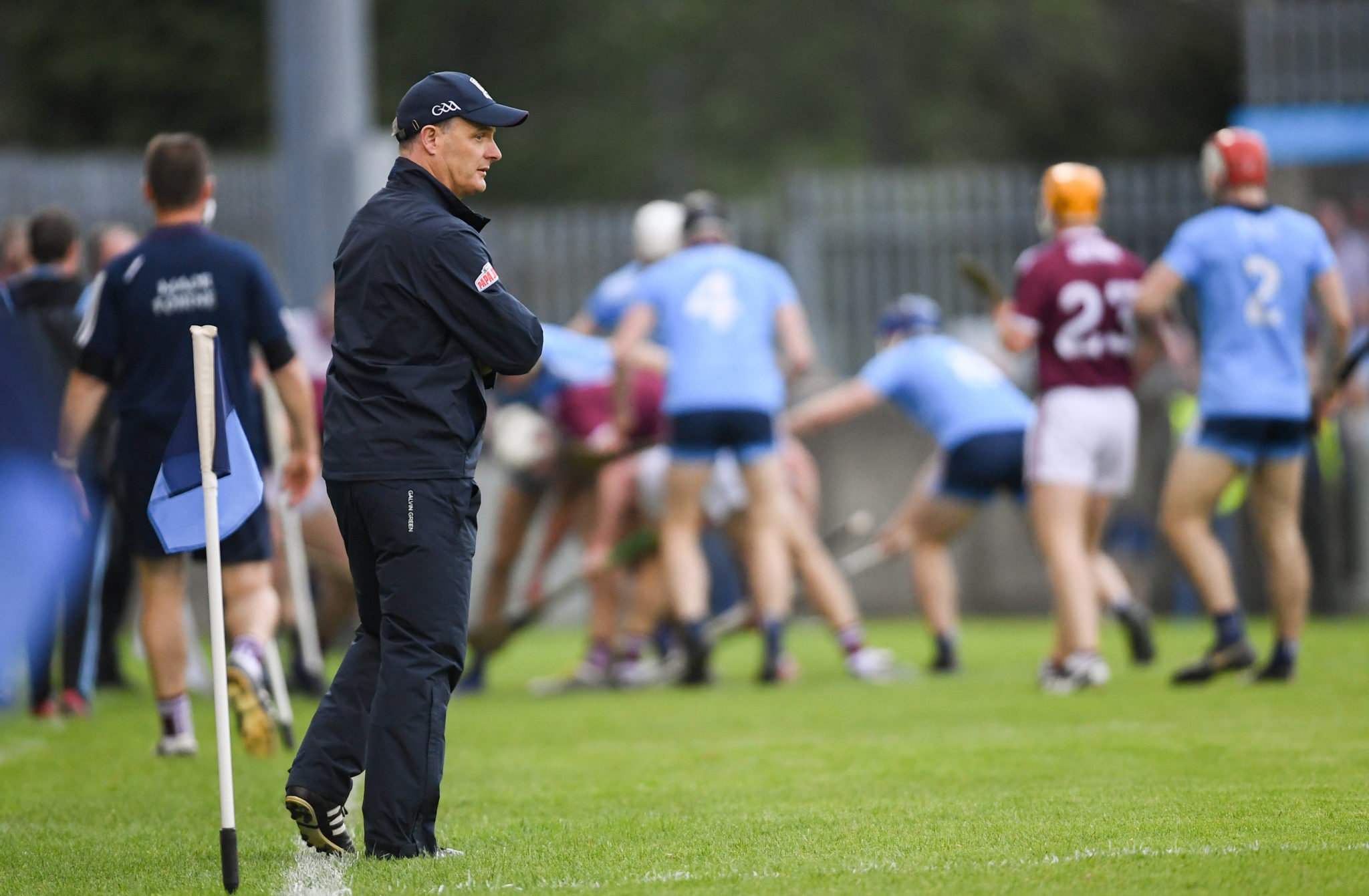 All-Ireland winners in 2017, Galway's final defeat to Limerick last year was compounded by a difficult 2019 for Donoghue's team.

Knocked-out at the provincial stage, the Clarinbridge man is already looking toward 2020 with the hope that he can resurrect the form of old.

Despite his support for those who choose to operate with a sweeper-system, however, Donoghue's fundamental issue with the practicalities of the tactic itself leave him unlikely to adopt such an outlook in Galway.

"For me, the biggest risk of playing a sweeper, and we haven't really, is that when the game is there you have to decide at some stage to go for it," he noted.

"Even if you're using the system for a season or two, if you're in a huge game like [the All-Ireland semi-final] last Sunday, surely there's a stage where you think, 'Right, we've got to push on.'

Coming out on the wrong end of their semi-final clash with Tipperary in Croke Park, Davy Fitzgerald is considered an instrumental figure in bringing the sweeper system into the mainstream.

Although Micheál Donoghue credits Fitzgerald with evolving the tactic throughout his period in the south-east, the Galway manager nevertheless questioned why with a man extra Wexford were so heavily outscored by Liam Sheedy's side in the latter portion of the game.

'I was a prick for two years!' | The Damien Joyce conversation that turned James Skehill around

REPORTS: Davy Fitzgerald to make a surprise return to coaching with Cork