The GPA's Player Development Officer Ian Reeves spoke to OTB Sports about the assistance offered by the association to county players deciding to start their own businesses.

Before Aaron Gillane launched his own company last year, the Limerick hurler got in touch with the Gaelic Players Association seeking assistance.

He was particularly impressed with what, or rather who, he encountered.

"You could ring Ian Reeves any hour of the day and he would pick up the phone," he told OTB Sports. "I just couldn't believe it. The business wouldn't be going half as well as it is if I didn't get in contact with the GPA in the first place."

Throughout the first six months of 2020, Gillane was one of 52 inter-county players to explore what the GPA is offering to its members in terms of business development advice.

Be it his chosen path of selling sports equipment, or industries ranging from coffee trailers to app development, in the first month of 2021 a further 20 players have already contacted the GPA looking to explore an idea.

To what degree this signals a new entrepreneurial flair in the modern generation of inter-county players, Ian Reeves is not sure one way or the other. Ultimately, there has never been a shortage of players willing to explore what an inter-county reputation could mean for a new business.

Instead, a little over two decades after it was first established to collectively voice the concerns of this very group of players, it is the GPA who are changing.

From the players, for the players, 'the game is the same it's just up on another level' now for the association. 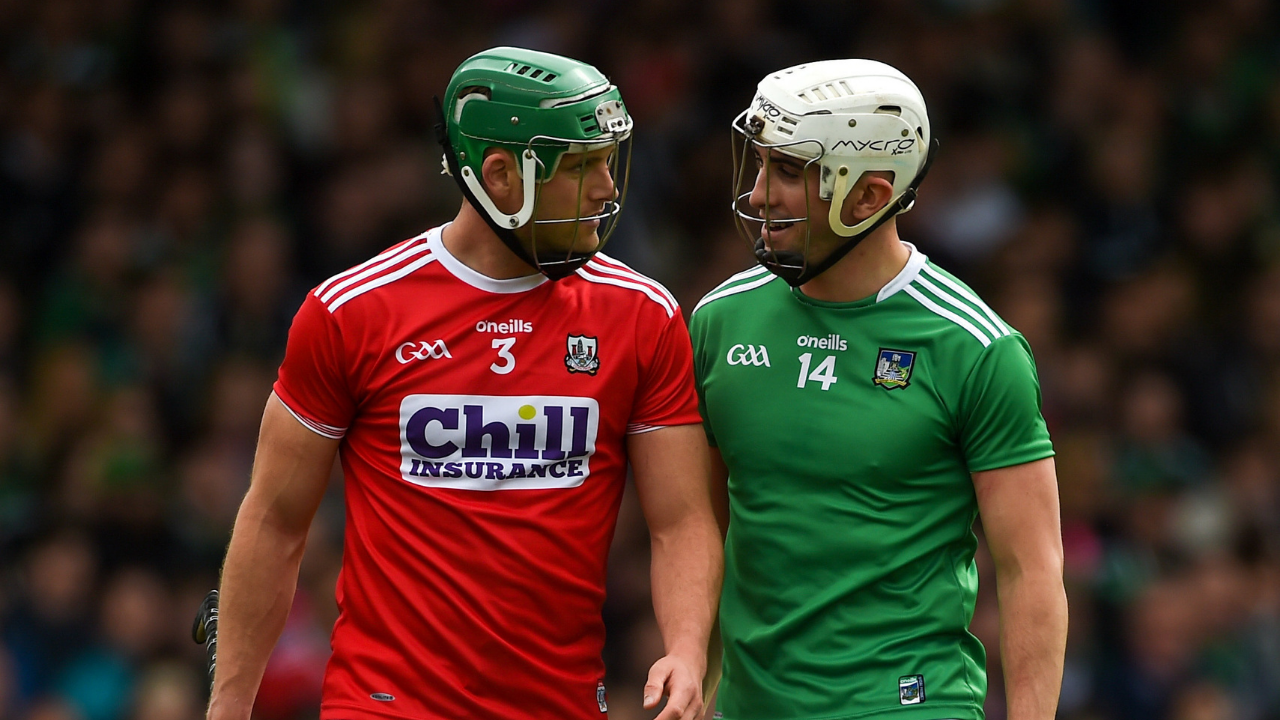 Eoin Cadogan and Aaron Gillane have both benefited from the GPA's business development scheme. Photo: Sportsfile

When the first installment of a commissioned ESRI report concluded that inter-county players dedicated up to 31 hours per week to the GAA in 2018, the threat being posed to their lives beyond sport was evident.

After the second installment detailed that the number of players engaged in third-level education was significantly higher than the national average, one could conclude that a three or four-year stint in college better served the time constraints of inter-county football or hurling than the rigours of full-time employment.

Not necessarily an issue, it nevertheless hinted at how imbalanced life may be or become for those outside of full-time education.

"I was working 8:30am to 5:30pm, Monday to Friday," Longford's Barry McKeon explained to OTB Sports last year. Working in construction, McKeon had recently taken up a course at 26 years of age in Athlone IT that he hoped would help him develop in that industry.

"I was on a course from 6:00pm to 10:00pm on Tuesdays and Thursdays, and one Saturday a month. Then I was training with Longford on Monday, Wednesday, Friday and Sunday.

"I thought I could have a stab at it, but I’d have had no life, no free time at all."

For Ian Reeves and the GPA, the stark imbalance of McKeon's situation is one they are working to eradicate at all costs. Be it in third-level education or elsewhere, it is their intention to highlight what distinguishes players as athletes and use these skills for the benefit of their working lives.

Aaron Gillane does not want hurling to define him exclusively

"Inter-county players have numerous transferrable skills that they can bring straight off the field into their business start-up, their careers or their education," he explains.

"Between the drive required, teamwork, performing under pressure, being comfortable when vulnerable and meeting deadlines, they are used to these things already."

When the call comes from an interested player, be it a multiple All-Ireland winner such as Gillane or someone in more modest circumstances, the strategy remains the same.

"Attention drives your intention," he remarks, before running through the four-step process that takes players from an initial thrashing out of the idea through to the product or service being ready to launch.

Those who engage with the strategy through to completion have the additional benefit of exploring expertise beyond what Reeves himself or the GPA can necessarily offer.

"Back in October we partnered with Google," he outlines. "This was fascilitated primarily by Matt O'Hanlon, Secretary of the GPA, who works with Google.

"Every quarter players can apply to the programme on offer and they will be set up with a Google mentor, an employee of the company, and they learn how to maximise their brand online, all about Google Analytics and Google trends." 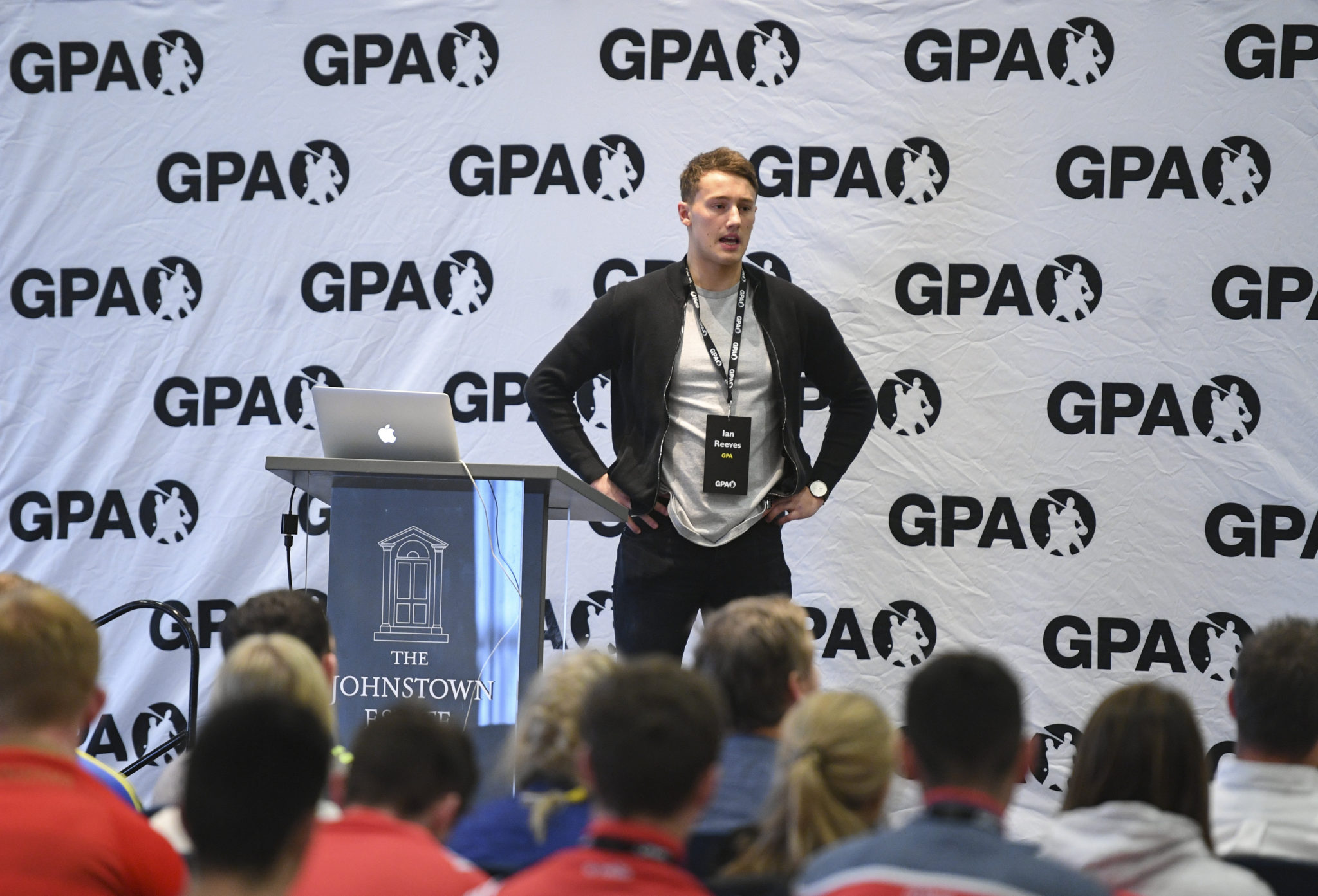 For the GAA's elite then, the union offers plenty beyond those services directly related to playing itself.

Indeed, as an increasing number of players take advantage of these off-field opportunites, it is feasible that the GPA - what with its continued support for players after they depart the inter-county scene - will in time develop an ever greater stake in the professional lives of its amateur members.

"I'd love every player to have a personal development plan for their life off the field," Reeves explains, "for each individual to have engaged with the GPA to set out markers for what they want to do."

Although the association has always been an exclusive entity within the wider GAA community, it is likely that this increased exclusivity for the game's elite will be viewed as pervasive in some quarters.

If the ESRI report is heeded and players' lives are properly balanced, these professional and educational advantages could have life-altering implications that dwarf the sporting side of things.

Currently, the GPA argues that these off-field services are a means of ensuring that no over-burdened players fall through the cracks in chasing the commitments of inter-county football and hurling.

Should they cease to be over-burdened, however, and the amalgamated men's and women's union continues to explore greater opportunities for its members to avail of, the association's remit will have stretched well beyond sport.

"The Gaelic Players Association is classed as world class as far as world players associations go," Reeves states. "At the minute, the EU athletes are modelling a leadership programme off [the GPA], so, there's no doubt that the work we're doing at the minute is having an impact."

From the players, for the players, with their remarkably professional approach the GPA is challenging the very notion of what the players can hope to be.

Limerick name their side for potentially history-making All Ireland final

Séamus Hickey | "Leaving Gillane on the bench was the right decision"