After enduring the frustrating sight of Dublin and Wexford's free-strewn league tie last weekend, Ryan O'Dwyer called for a more common-sense approach to officiating the game of hurling on Tuesday's OTB AM.

In Croke Park on Saturday evening, referee Johnny Murphy awarded 50 frees throughout a game that Davy Fitzgerald's side won on a scoreline of 2-14 to 0-18. Of the 34 scores registered, 16 (15 frees; 1 penalty) came as the result of Murphy's whistling.

Across 70 minutes, the Limerick native also managed to hand out 13 yellow cards and 3 reds.

"As a spectacle, this is ruining the game," remarked former Tipperary and Dublin hurler Ryan O'Dwyer of the strict style employed by Murphy on Tuesday's OTB AM. "I didn't enjoy that game at the weekend.

"You were just begging for the referee to just let them play. But if I was to bring someone who has never seen a game of hurling before, I would have kind of been embarrassed to bring them to that game.

"It had the potential to be a good game, but it didn't end up being a good game because there were so many stoppages." 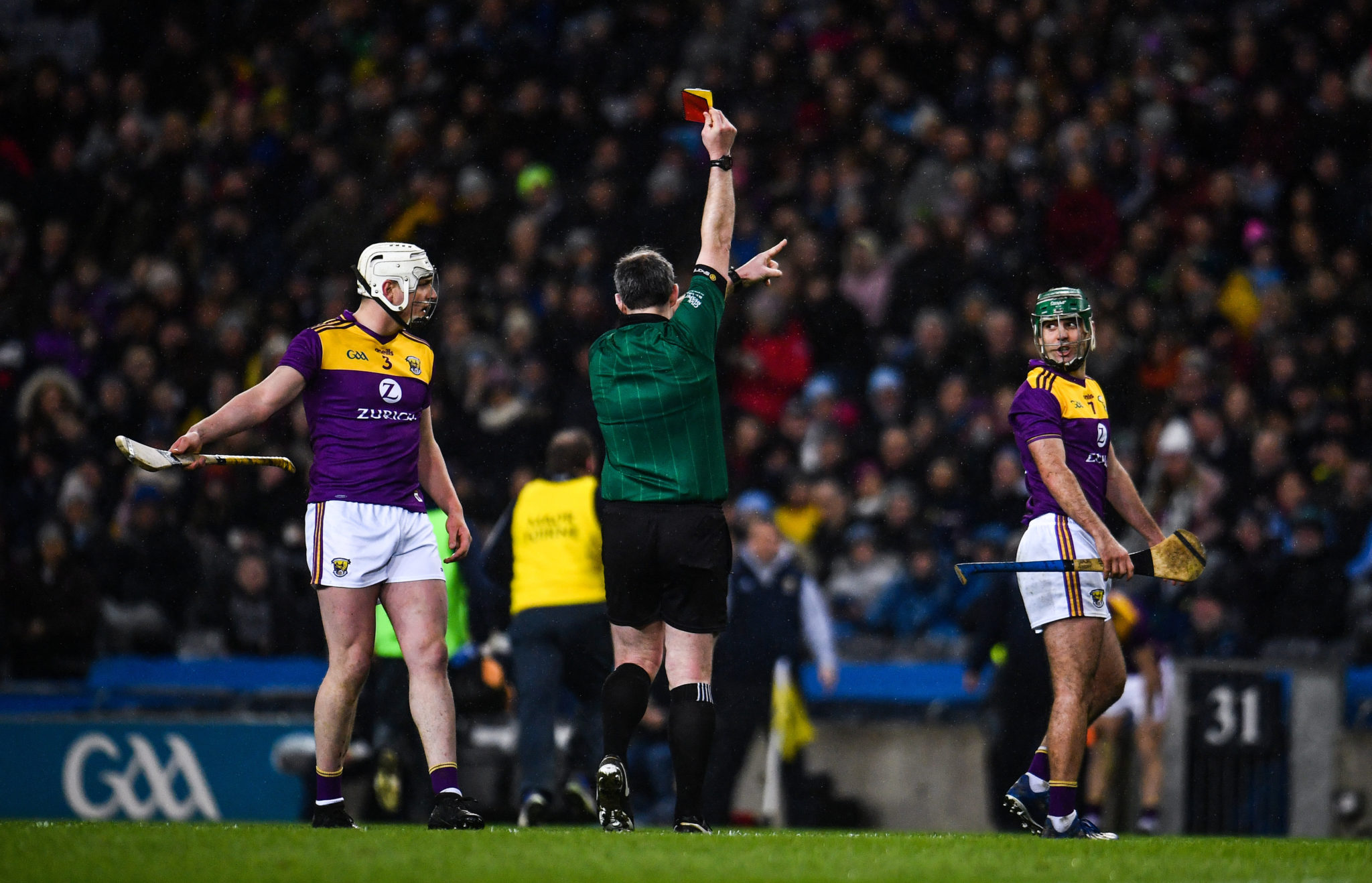 22 February 2020; Shaun Murphy of Wexford leaves the field after being shown a red card by referee Johnny Murphy. Photo by Sam Barnes/Sportsfile

The kind of officiating that does not best serve the game of hurling in O'Dwyer's opinion, the Tipperary native believes that even a degree of consistency regarding this unnecessarily stringent style would be preferable to not knowing what one should expect at all.

"It is the time of the year to give referees a chance," he admitted of the possibility that Murphy was carrying out a higher initiative, "and I'd hate to be a ref because no matter what they do, everyone hates the referee.

"If the year goes on and referees are blowing for every decision, it will cause frustration but at least players know where they stand.

"There just needs to be consistency." 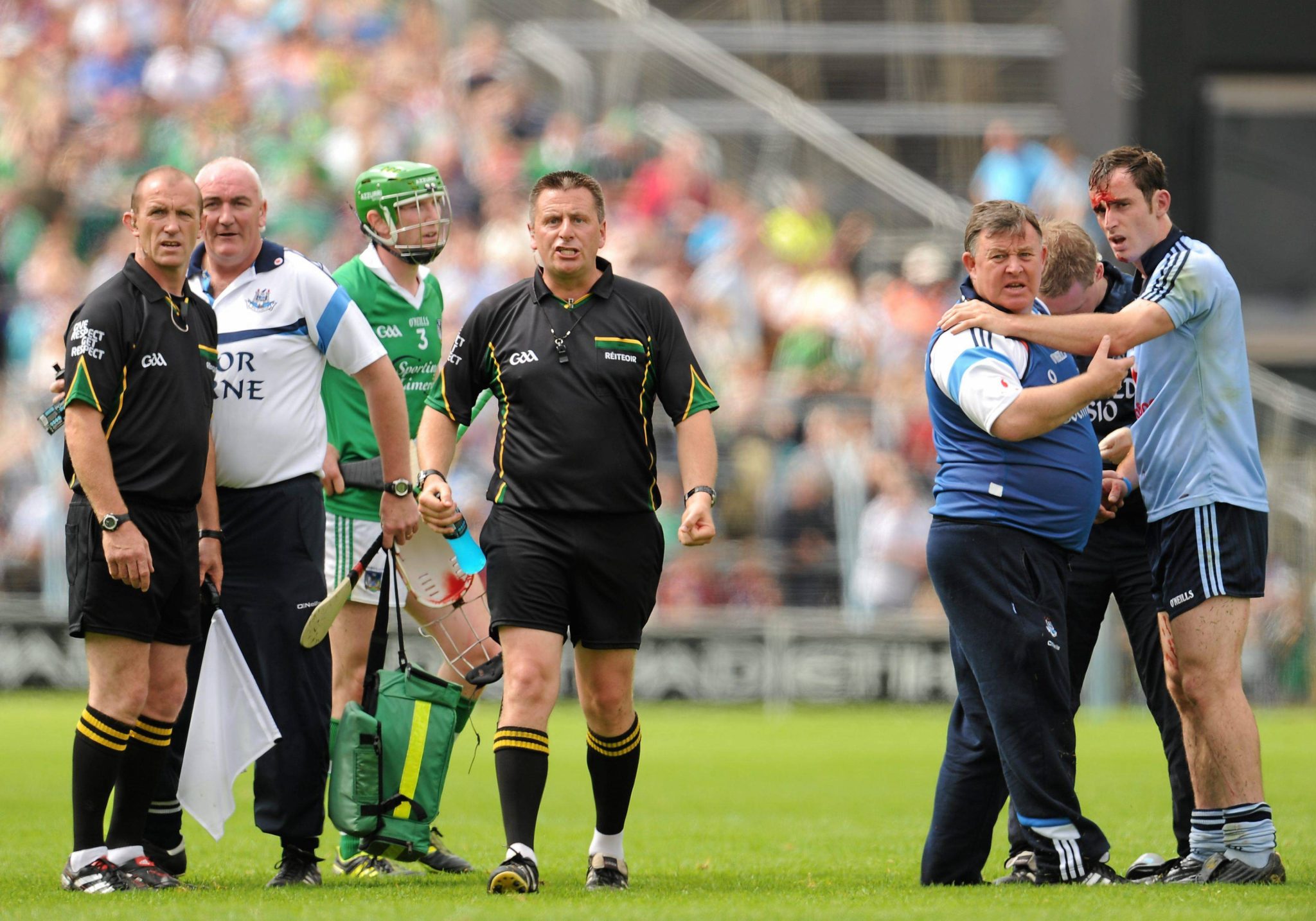 In Ryan O'Dwyer's ideal hurling world, referees would follow the example set by the market leader in this regard.

"One man jumps out straight away and that's Brian Gavin," he explained when asked what referees had impressed him as a player. "No player would ever give out about Brian Gavin.

"He played what was in front of him and it was kind of case where he read the rule book and then threw it away.

"He used it all as a guideline and would talk to the players as well and that is a big thing."

Indeed, the perceived aloofness of certain referees was a particular issue for O'Dwyer.

"I remember asking one referee who will remain unnamed how much was left before coming up to half-time once," recalled O'Dwyer. "He just said: "Play the game, play the game."

"I was only asking a question! I wasn't having a go at him or questioning him but Brian Gavin, you could talk to him.

"Will anyone ref the perfect game? No, Brian Gavin made mistakes like everyone else.

"But I think if you're interpreting the rules in the right way and honest about it, players will respect that."

You can watch back Ryan O'Dwyer's assessment of the weekend's hurling action in full here.