We have had some controversial calls in our sporting Mount Rushmore episodes already - and now Of...

We have had some controversial calls in our sporting Mount Rushmore episodes already - and now Offaly did not prove as easy as we may have thought.

In our original Offaly Mount Rushmore selection, former county goalkeeper Martin Furlong was edged into the team on the recommendation of Paul Rouse, ruling out Will O'Callaghan's original choice - Matt Connor. This was an administrative error - owing to the fact that Will was allowed to make just the one change after he was challenged by Paul Rouse.

On Thursday, April 16th, 2020, Will appeared on OTB AM to amend that previous error, and officially put Matt Connor back onto the Mount Rushmore, replacing Martin Furlong - leaving their final four as Shane Lowry, Brian Whelehan, Susan Moran and Matt Connor, as Will explains.

"In the nature of the live broadcast, we got a bit caught up in trying to make five heads fit onto our Mount Rushmore, as opposed to four.

"We switched to Martin Furlong, which was the suggestion Paul had made earlier, I kind of thought at the time we were happy enough - we had two from each and everyone went home happy, and people could discuss it rationally afterwards.

"I think there was an acceptance that it's an absolute coin-flip between Martin Furlong and Matt Connor. Us putting Connor on now is not entirely a case of us responding to that backlash.

"I personally feel you can't have an Offaly Mount Rushmore without Matt Connor, he was my first suggestion on Tuesday. I don't think any Offaly person would have a problem with Matt Connor being on there. One change was meant to be made - that was Susan Moran in for Pat Smullen, so we've had to amend that error."

Will had whittled his long-list down to twenty names - while Paul was on hand to pick apart and make some recommended changes to Will's own final four.

The champion golfer of 2019, one of Ireland's most beloved sports stars and probably Offaly's biggest achiever on the international stage. Lowry followed in the footsteps of Padraig Harrington and Rory McIlroy by winning the Mullingar Scratch Cup ahead of becoming just the third-ever amateur to win on the European Tour by defeating Robert Rock on a playoff to land the Irish Open at Baltray in 2009.

The Clara man followed up that success with victories at the Portugal Masters three years later and the WGC Bridgestone Invitational in 2015. 2019 started with a win at the HSBC Abu Dhabi Championship before landing his major major by lifting the Claret (now Clara) Jug after taking The Open in some style at Royal Portrush in July.

From a family of sporting pedigree, his father Brendan and uncle Sean Lowry were both key members of the Faithful's football teams in the 70s and 80s and Shane is a regular at Clara and Offaly games in both codes.

Will says having Lowry on his county's Mount Rushmore is simply a no-brainer.

"He is the outstanding candidate and I think at this stage, after what happened at Royal Portrush last year, [he] would have to be seen as Offaly's greatest ever sportsperson.

"When you take the international aspect to what he's achieved, doing so in a very elite field, winning a Major...

"He's always at games as well, you'll see him at Clara games in both hurling and football, you'll often see him at Offaly games as well. [He's] a huge die-hard supporter, he's very popular with people. I don't think there's anyone who wouldn't want Shane on this Mount Rushmore." 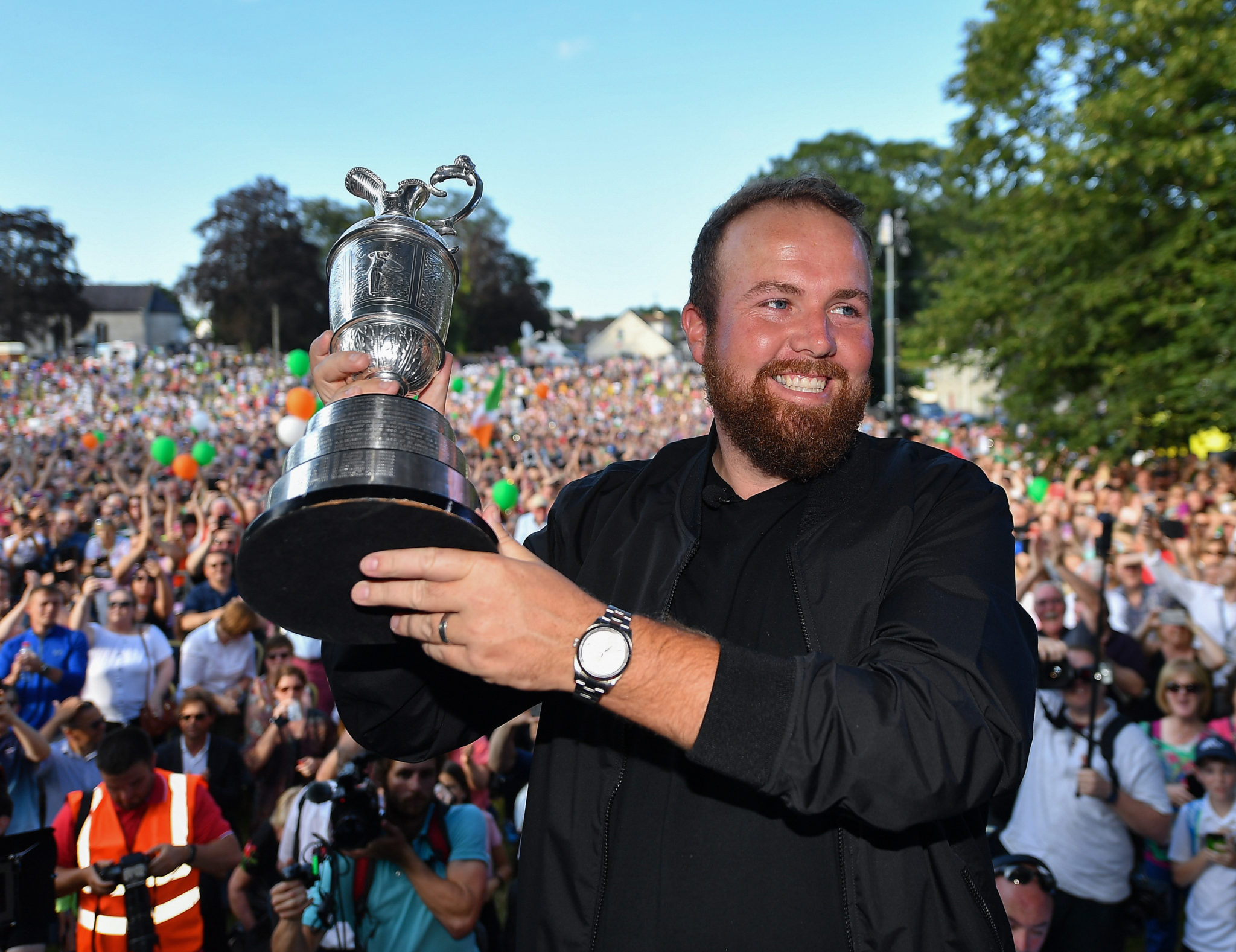 23 July 2019; The 2019 Open Champion Shane Lowry with the Claret Jug at his homecoming event in Clara in Offaly. Photo by Seb Daly/Sportsfile

Will was keen to add a Birr man to the list, and got his way with Whelehan.

"The Offaly team of the 1990s were particularly beloved, and there were lots of people who would have been in contention here. Brian Whelehan was probably a cut above all other players in that period.

"He hurled into his forties, had an over 22-year career across club and county, one of the most elegant defenders you will ever see, with just a remarkable reading of the game as well.

"It wasn't just that he was a tight-marker, he was almost a playmaker out of the half-back line as well.

Whelehan, considered to be among the best half-backs to ever play the game, was also the first hurler to be named Player of the Year twice (1994 and 1998) as well as collecting All-Stars in 1992, '95, '98 and '99. His best performance in the green, white and gold was possibly against Cork in 1999 while he scored 1-6 from play after being switched to the forwards due to illness during Offaly's 1998 All-Ireland final win over Kilkenny.

He captained Birr to Offaly and Leinster club success at just 20 in 1991 and went on to win 12 Offaly championships, 7 Leinsters and four All-Irelands with his club before being inducted into both the Leinster and GAA's Hall of Fames. 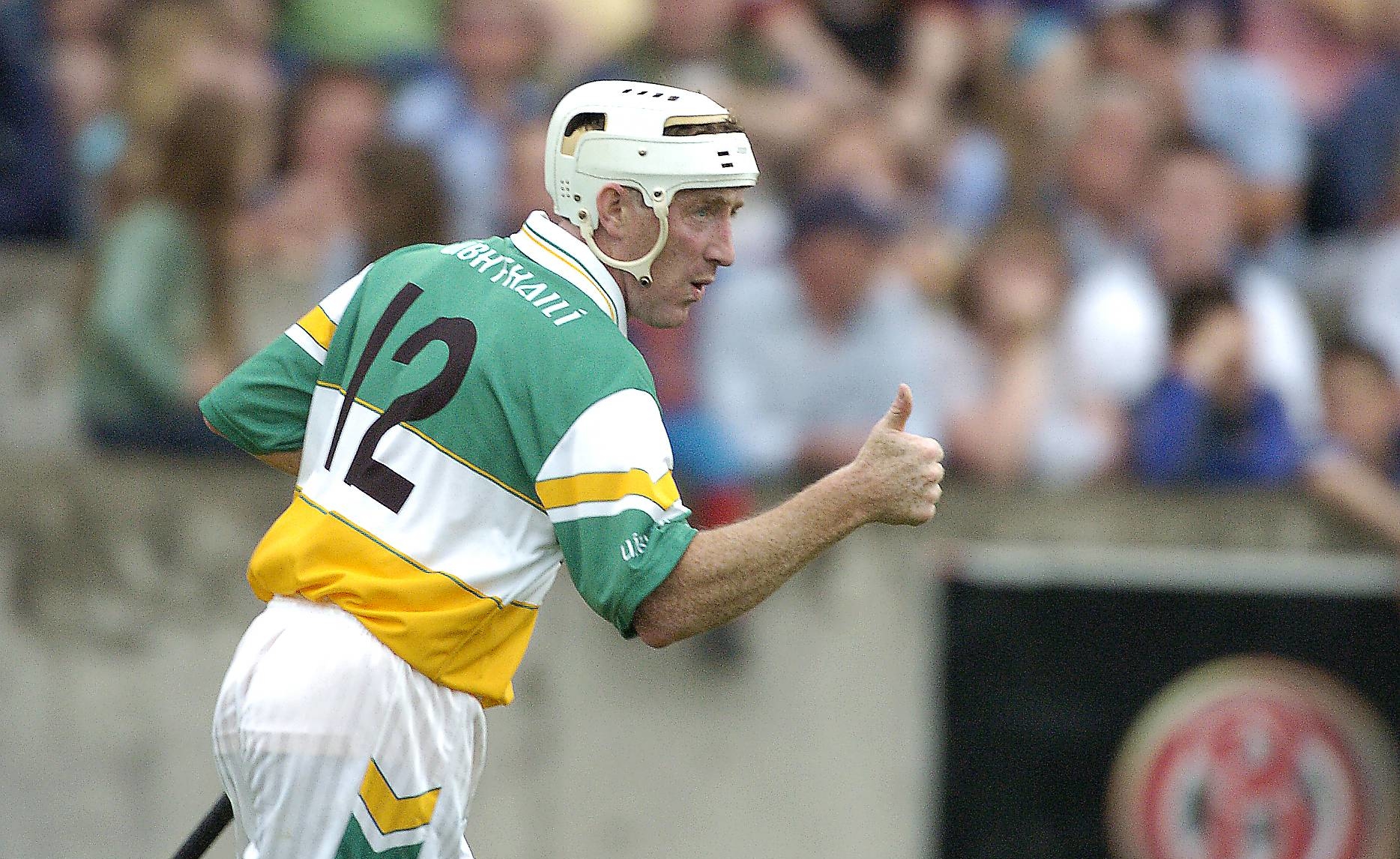 Sue Moran is widely regarded as the greatest Irish women’s basketball player ever. She helped Tullamore College to two All-Ireland Schools Basketball titles (scoring 52 and 48 points) in those finals.

Moran joined the NCAA Division One programme at St Joseph’s in Philadelphia and led the team in scoring and rebounds for four consecutive years before being drafted by women's NBA side New York Liberty in 2001.

Rouse says she is fully deserving of her place among Offaly's sporting greats for all that she has achieved.

"Susan Moran at this time... was regularly scoring 50 points a game in key matches, and at the same time she was also an international tennis player for Ireland.

"Basketball is the second-most popular sport in the world, and this has to matter! She goes on then to America, and has a choice of colleges, and goes to Philly to St Joseph's.

"She goes in there and is so successful that her jersey is retired. She is then recruited straight out of college into the Women's NBA, plays there brilliantly, plays professionally in various other leagues, comes back and she is so well regarded that she becomes lead coach back at St Joseph's.

"It is an extraordinary career - she did this at a time when the opportunities for women to play sport were much lower."

In her final year in college she was the fourth-top scorer in all of US College basketball - averaging over 22 points a game. After leaving New York, Moran also played in Spain, New Zealand and Australia late in her career and also represented Ireland from underage to senior level.

Sue is now the head-coach at St Joseph's and was inducted into their and the Irish Basketball Hall of Fame. 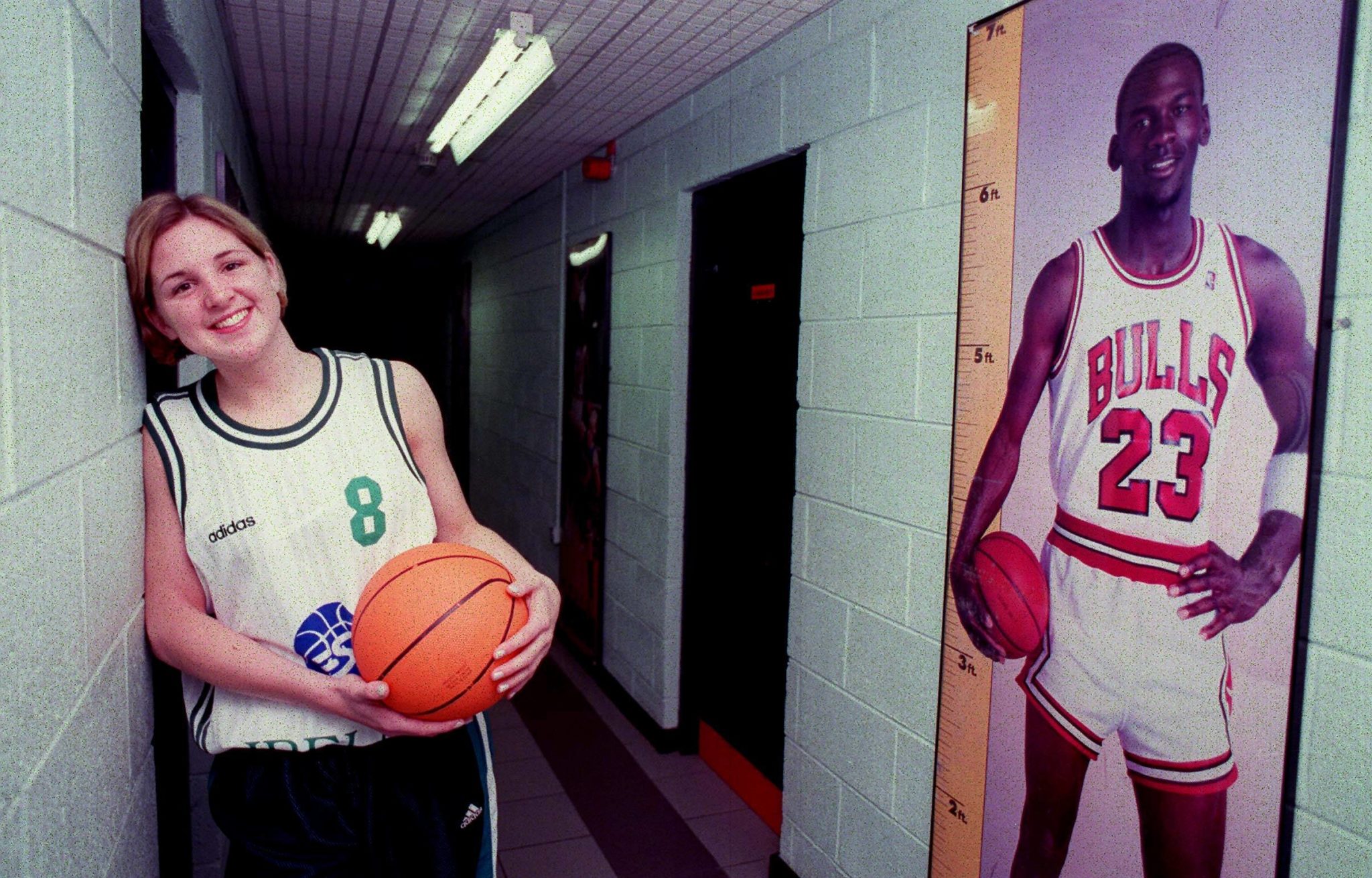 We've given Will's reasoning for Matt's inclusion at the top - here was his original argument on the day the Mount Rushmore was chosen:

"Matt Connor is the best gaelic footballer that Offaly has ever produced - he had a remarkable scoring record if you want to break it down into just pure numbers.

"Thirty-eight goals and 383 points scored across his career - in the Championship in 1980, across four championship games he scored five goals and 31 points, including 2-9 in the defeat to Kerry in the semi-finals.

"He had only recently turned 20 at the time. It's what people even said about Matt Connor afterwards, Mick O'Dwyer said the only good thing that came from Kerry losing the five-in-a-row was Matt Connor winning an All-Ireland medal.

"Eugene McGee said Offaly wouldn't have even been in All-Ireland contention without the individual genius of Matt at the time. Matt is a player that would quite easily fit into modern football at the moment." 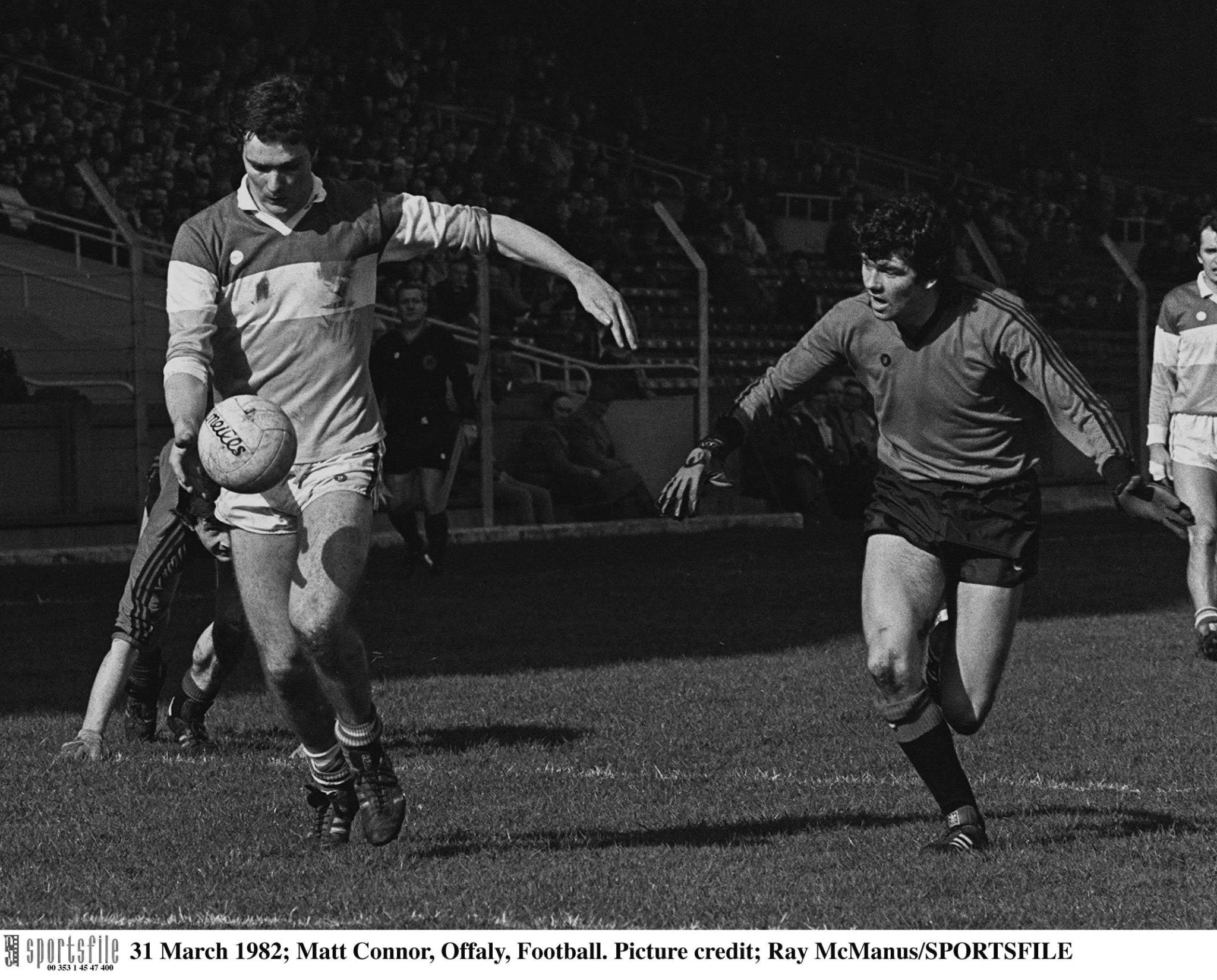 Although Will's choice of Matt Connor was met with a lot of agreement by Paul Rouse, Furlong was ultimately the gaelic football name settled on in our first attempt at the Offaly Rushmore. He is very unlucky not to make the final cut.

In addition to being part of all three of Offaly's teams to lift the Sam Maguire, the Tullamore 'keeper was named Footballer of the Year in 1982 and he collected four All-Star awards across the 70s and 80s.

Rouse explains what makes him an icon in the county.

"In '82 everyone talks about Seamus Darby's goal, and rightly so, but Martin Furlong saved the penalty from Mikey Sheehy before that.

"Again, it's really hard to argue against Matt Connor, but Furlong was the first and only goalkeeper before Stephen Cluxton to win Footballer of the Year, and that has to matter."

The New York-based publican also helped Offaly defeat Cork for a breakthrough All-Ireland minor football success in 1964 with that team going on to form the core of the senior winning teams in '71 and '72.

While Seamus Darby's late goal stole the headlines, Furlong's save from Mikey Sheehy's penalty prove just as crucial when the Faithful stunned Kerry in 1982. 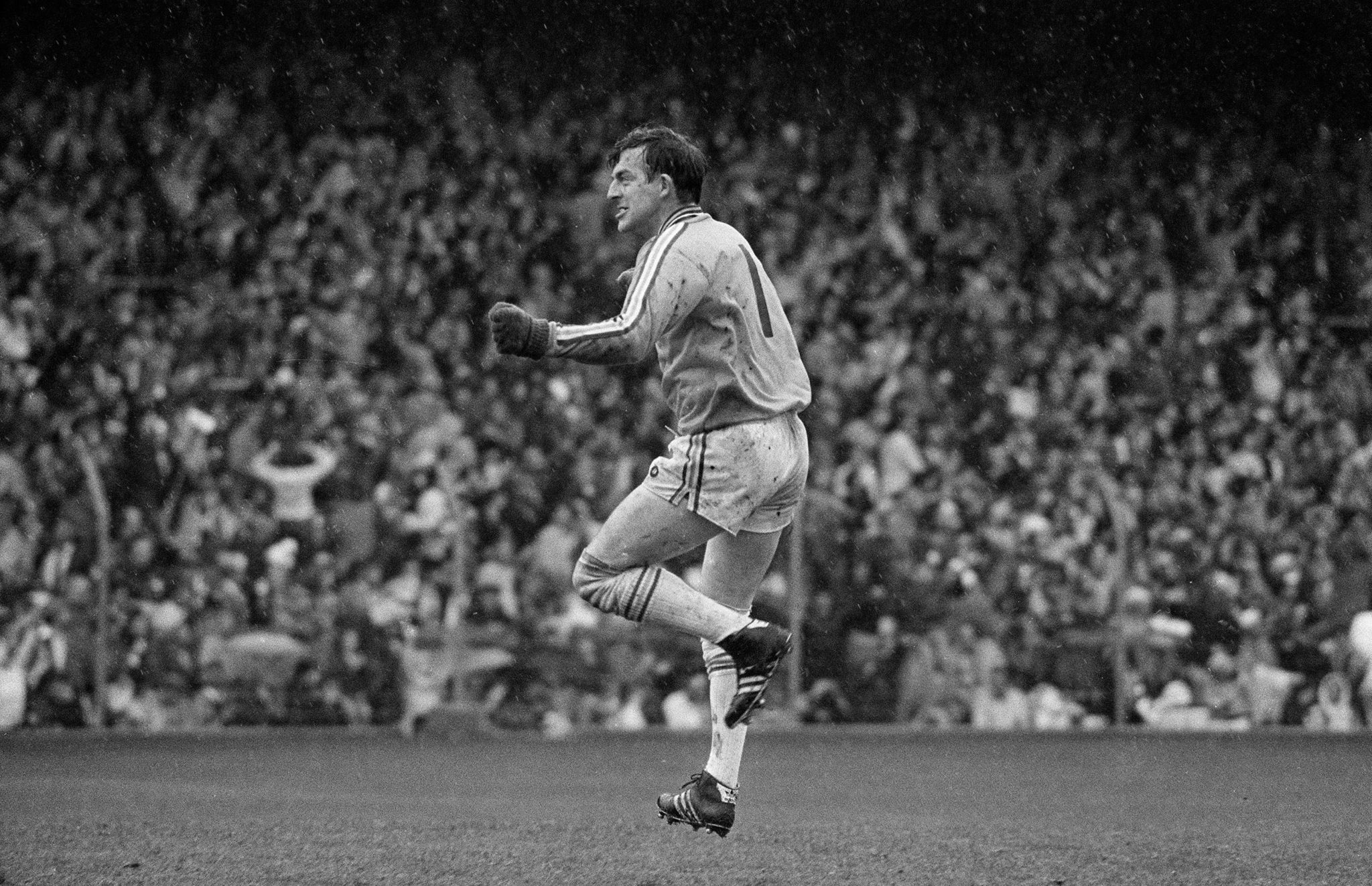 There were a number of other names that could quite easily have made the list - with nine-time Irish flat racing champion jockey Pat Smullen very unlucky not to make the cut.

Who should have made the list? What changes overall would you make? Let us know in the comments section!