Not much has been heard from Tommy Walsh and the Tullaroan hurlers since the weekend's All-Ireland club triumph.

Trawling through the Off the Ball archives, however, there did emerge some old footage of Tommy Walsh attempting to describe what Saturday's victory would mean long before it ever came into being.

Speaking at an OTB roadshow in Galway before the 2017 All-Ireland final between the host county and Waterford, Walsh, with nine All-Ireland titles to his name, was flanked by the decidedly less garlanded Ollie Canning and Ken McGrath.

Representatives of two counties that would be attempting to end their respective famines in the '17 All-Ireland, Daithí Regan, a man who had tasted All-Ireland success as a player with Offaly, raised the question of Tommy Walsh's abundance of medals.

We dipped into the OTB Archives and dug up Tommy Walsh in conversation with @OllieCanning, @kenmcgrath78 & @daithi_regan | Some dreams do come true 🏆

Asked whether he ever found it difficult to chronologise what had happened in any given year with Kilkenny, Tommy Walsh demonstrated that for all the medals he had won under Brian Cody, there was still something crucial missing.

"I know how hard All-Irelands are to win," he explained. "Lads will say, 'Jesus, isn't it great for the Kilkenny lads up there with their eight or nine All-Irelands, Henry with 10.'

"But, we all have clubs too! Like, Ken [McGrath] has won six county finals. Ollie Canning has won four club All-Irelands - I'd love to have one of them.

"I'm there wondering how did Mount Sion manage to win six?! They had to beat great teams to win them.

"I know how hard it is to win a championship, so that's why I can appreciate what it was to win an All-Ireland with Kilkenny." 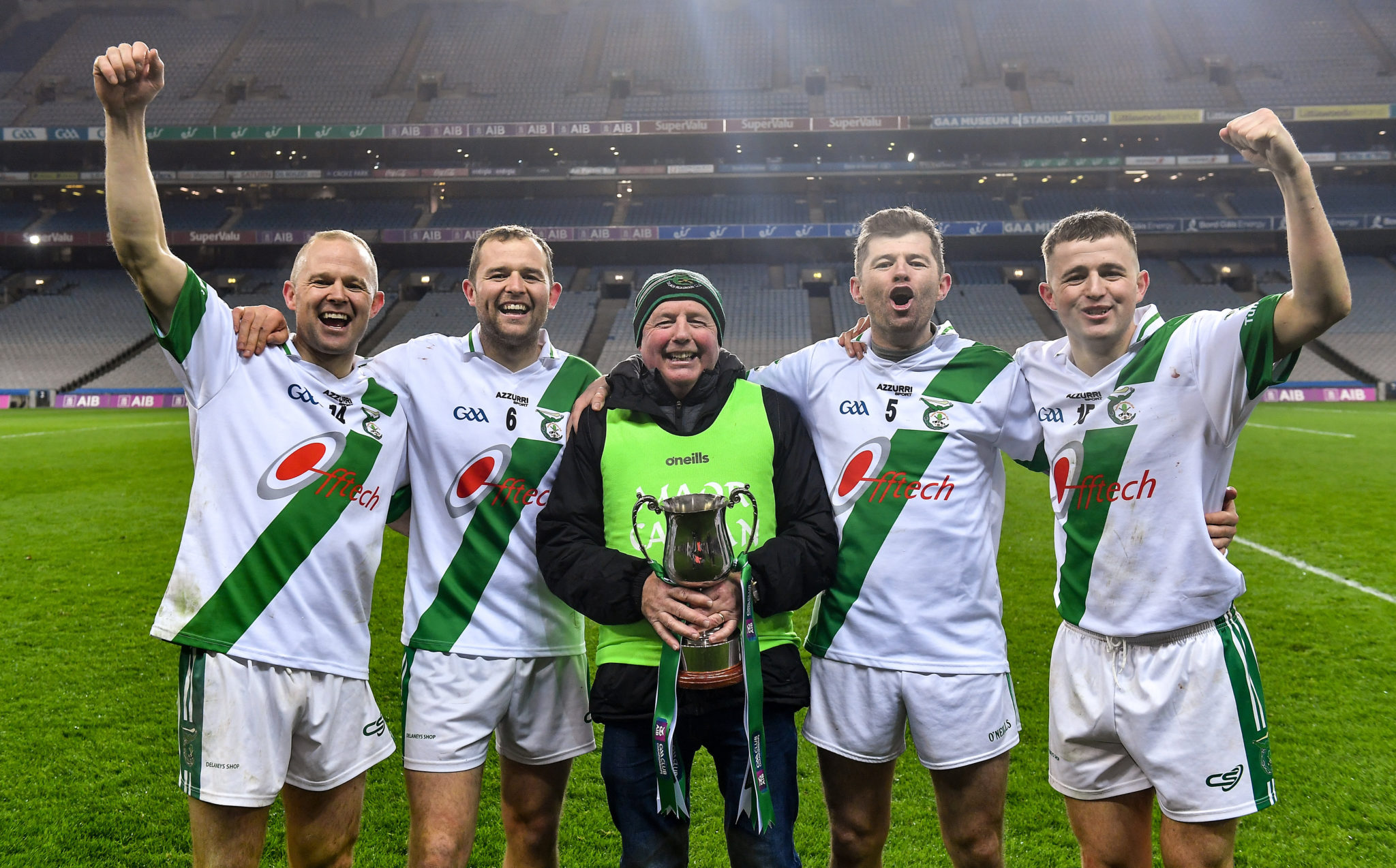 18 January 2020; Tullaroan mentor Mickey Walsh, centre, with his sons, from left, Tommy, Pádraig, Martin, and Shane as they celebrate with the cup after the AIB GAA Hurling All-Ireland Intermediate Club Championship Final between Fr. ONeill's and Tullaroan at Croke Park in Dublin. Photo by Piaras Ó Mídheach/Sportsfile

Although he said on that night in Galway that he 'would have no regrets' if it never happened for him and his club, his joy post-match told a somewhat different story.

"It's like being in Disney World for the last three months." 😂

Sitting on the stage with Canning, McGrath and Regan, the tail end of their discussion turned to bargaining.

"If Tommy wants a club All-Ireland," offered Ollie Canning, "I'll give him one but he'll have to give me three in return!

"I'll give you eight of them," countered Walsh.

With the inter-county hurling year almost upon us again, you'll be able to catch Tommy Walsh all year long on Off the Ball.