Dudley Stokes competed at the Winter Olympics in 1988 and 1992 before the movie Cool Runnings cam...

Dudley Stokes competed at the Winter Olympics in 1988 and 1992 before the movie Cool Runnings came out in 1993.

For a generation of us, few things sounded better. Cool Runnings was an instant classic with John Candy at the forefront as the coach of the Jamaican bobsled team. It was a concept so outrageous it could only be made if it was true.

Dudley Stokes competed at four different Olympics over the course of his career. His most famous appearance was his first as it inspired the story for the movie.

Stokes, Devon Harris, Michael White and Christ Stokes competed in the four-man bobsled competition. Stokes and White competed in the two-man competition. And while the movie itself was far from reality, (Alas, "Sanka, ya dead man?" never actually happened!) reality proved to be a pretty good story too.

Stokes joined Nathan Murphy on Thursday's Off The Ball to talk about his relationship with the movie.

"It was no documentary," he said.

I thought it would be a documentary of my life and it wasn't. When I got my head around that I was able to appreciate it for what it was: A really good, funny movie that now has a cult following."

While the movie itself was obviously written to entertain and inspire audiences, there were memorable parts of it that rang true to real life.

"They managed to do that very well without burdening the script and still keep it funny. A lot of that has to do with the reality of this story itself. The whole attempt was at once crazy, bold and you can't invent that crash at the end that actually happened.

Those things, they convey a lot of life lessons just through the story without trying to engineer anything into it." 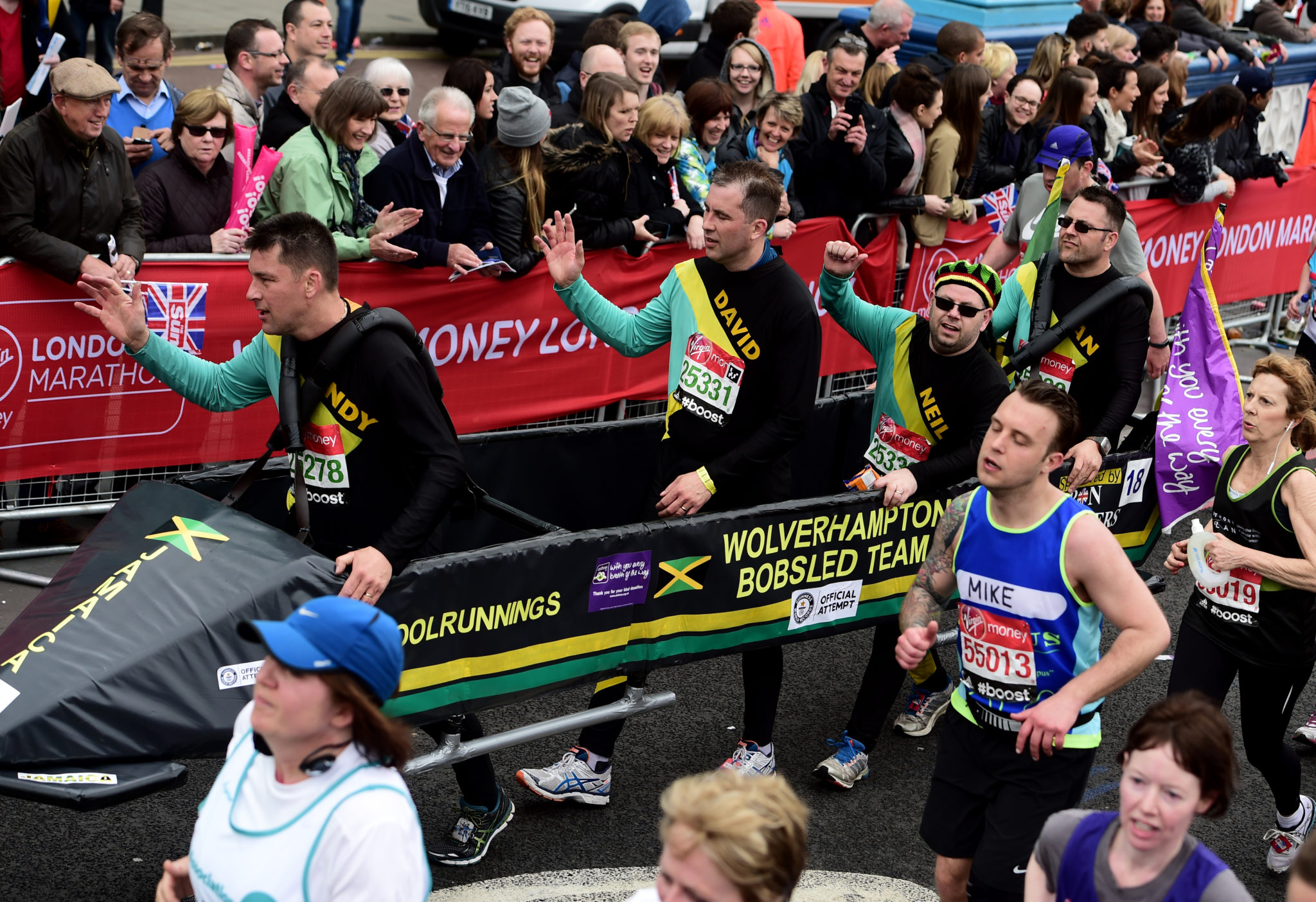 "I was a keen footballer with more desire than talent. I was very physical, very athletic.

I was in the Jamaican army...and while there on tv I saw the sport of bobsled for like 20 seconds and I remember concluding that those guys were crazy. Fast forward five years and some Americans, George Fitch and William Maloney had this idea in a bar one night and having consumed a little alcohol...and got themselves into the Jamaican Olympic Association.

They had to find athletes and they couldn't find any, so they went to the army."

John Barnes' father was Colonel of the army. He picked which athletes would try out for the team. Stokes happened to be one of those chosen.

"This was pre-internet days so it was looking in magazines and phoning friends to find out what this bobsled thing is.

One part of the movie that was actually factual was that we did go to the trial, there were a number of people there including a number of service men and some civilians who had responded to an ad that was put in the paper. And we did turn off the lights, put a triple bobsled on the street and when we turned on the lights only the soldiers were left.

In movies, you can montage the training away and make anything work like McGyver. But in real life, the Jamaican bobsled team really did have to find a way to practice in Jamaica. A country not so famous for having snow or ice.

"Bobsled's complexity is comparable to Formula 1 racing except that it doesn't have an engine.

It gets power from the speed and power of the athletes at the start and after that from gravity. So it's a sport that really is all about the start. That's over 70% of the entire sport. Of course, we are the ideal place to find athletes and develop athletes to push the bobsleds. So there we actually have an advantage.

After the start you need equipment...you need to have equipment at the top end.

Then you have to be able to drive on the track and that comes down to experience. To do that we had to travel to get ice and learn the rudiments of the sport. It's very, very different from motor racing and most of bike racing and so on.

You really must operate in almost four dimensions. It's straight and level, and then it turns and when it turns there is tremendous G force and flexes. It's a very complex piece of equipment, you have to really understand your angles, the shapes of corners and so on.

There's only one way to do that, get out there."

Having been forced into the bobsled by his Colonel's orders, Stokes then embraced the opportunity rather than shying away from it.

"This is where we come to the two critical things you need for success in whatever you try in life....the first one, confidence. The second thing you need is ignorance.

Not ignorance of what you're trying to do, but you need to maintain ignorance of all the things that can go wrong. You cannot have an undisciplined imagination. Of course if I knew I'd be crashing on the Chrysler at 78 miles an hour I probably would not have gone to the Olympic games.

But I went there with the notion that something really painful could happen.

Stokes and his three initial teammates had only five months of preparation for the Olympics. But one of their athletes was injured at the last moment, meaning their foursome was actually made up of three competitors with five months of experience and one who got into a bobsled for the first time at the Olympics.

Despite their lack of preparation and their crash in the four-man competition, Stokes and Michael White finished 30th out of 41 competitors in the two-man event.

That crash in the four-man event is the big finale of Cool Runnings. Stokes recalled it for Off The Ball.

"That crash is in the movie as live footage because they couldn't convince any of the stunt drivers to reproduce it.

It had crashed before but this was by far the worst crash up to that point in my career. I hit my head on seven separate occasions. That included very hard when we first went over. After I realized I wasn't going to be able to get out on the cold, I just decided I had to relax and just go with this.

There was no way to resist these forces.

As I relaxed I just became very calm and saw the folly of what we were doing and what needed to be done. That is literally where my mind was for most of those 28 seconds...Things happen in life but they generally tend to come neutral. In other words, they're not good or bad.

This is a gift that people have. We have the space with our reaction to change the meaning of an event. The crash was a disaster...but then we kept going. We built a team and we went from being comedians to being competitors. That is the real meaning of the crash.

It gave us a resolve and there wouldn't have been Cool Runnings without that crash."