Orla Prendergast has been awarded her first part-time contract by Cricket Ireland while three con...

Orla Prendergast has been awarded her first part-time contract by Cricket Ireland while three contracted players have been offered increased deals.

The improved contracts will see Laura Delany, Gaby Lewis and Celeste Raack increase their additional contact time until the end of 2020 and has been made possible by Kim Garth's departure to Australia on a two-year professional contract with Cricket Victoria.

The monies freed up by the loss of Garth also allowed the union to give 18-year-old Prendergast a 1.5 day-a-week contract.

The all-rounder made her international debut for Ireland in August 2019 and has appeared eight times with a highest score of 38 and claiming five wickets at an average of 16.80. She has featured this season in all four Super Series domestic matches for the Typhoons, scoring 114 runs at an average 28.50, and bowling tightly with an economy rate of 3.85 runs per over.

Prendergast has also represented the Republic of Ireland in football at under-17 level and she plays her club cricket with Pembroke Cricket Club in Dublin.

"I really enjoyed my first experience with international cricket at the T20 World Cup Qualifier last year," said Prendergast after the deal was confirmed. "It brought plenty of new challenges for me which was great – being able to test myself against high quality opponents was really enjoyable.

It was announced earlier this month that the ICC World Cup in New Zealand has been pushed back by one year to 2022 meaning that the qualifier in Sri Lanka, that Ireland were due to take part in - last July, has also been postponed for one year.

"Not qualifying for the World Cup was a disappointing end to last summer, but it left me wanting to work harder and be part of the squad at the next tournament," added Prendergast. "While it’s frustrating to have our upcoming international games postponed, looking at it positively it gives us more time to prepare for the World Cup qualifiers. I hope these additional coaching contact hours will further my game and give me the best chance to help us qualify for the World Cup next summer." 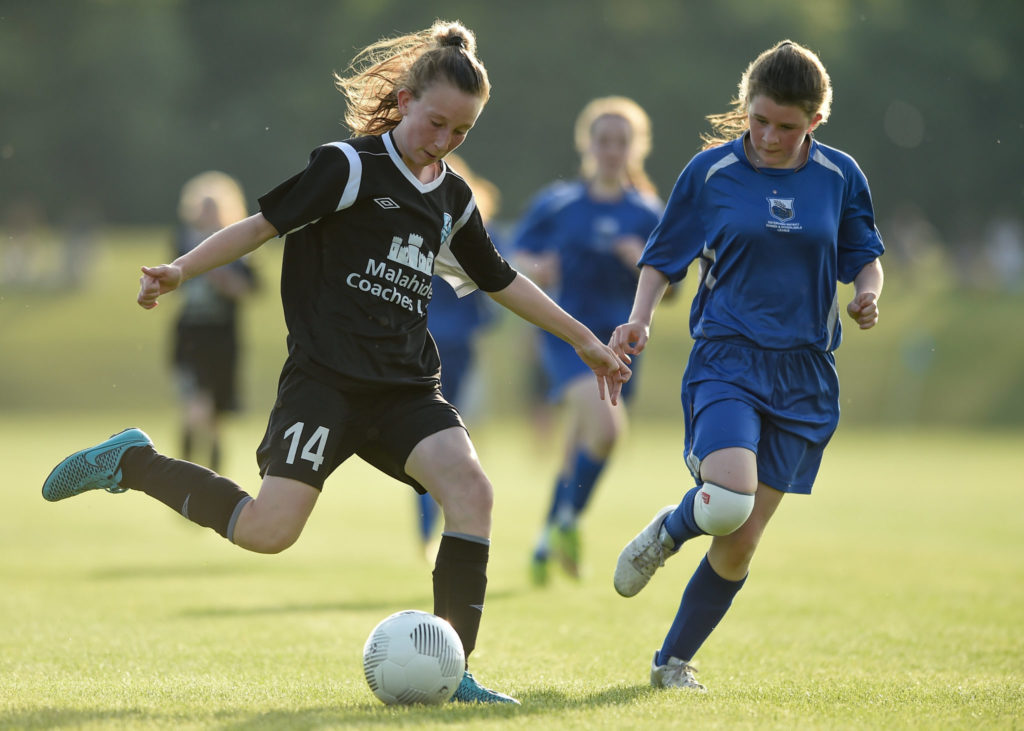 3 June 2016; Orla Prendergast of Metropolitan Girls League in action against Lillie Elliot of Waterford during their Gaynor Cup Group C match at the University of Limerick, Limerick. Photo by Diarmuid Greene/Sportsfile

"As soon as we understood that there would be funding available, I was keen to see it reinvested back into the players," said Joyce. "In the absence of competitive international fixtures, to spread the funding to increase dedicated training contact time with several players is the next best option.

"That four players will now benefit from the reinvestment is good news, and I am especially pleased that we will be able to spend more time working with Orla. Her all-round talent has been recognised for a while, and she has shown that she can step up with each challenge that has come her way. These additional coaching hours will only be of benefit as she grows in confidence and understanding of her game.

"It has been great to see the Super Series this year growing in importance as a competitive benchmark  - both for both those within the international set-up, and those who are aspiring to be part of the squad for the World Cup Qualifier in mid-2021.

"That we have, despite the obvious challenges, managed to schedule an eight-match series has been encouraging, and the performances to date have been pleasing to see. The players have not had a traditional season, but what they have lacked in preparation, they have more than made up for in commitment and enthusiasm to make the most of this shortened season."