Following the death of Russian boxer Maxim Dadashev from injuries sustained during his fight with Subriel Matias on Friday night, Andy Lee contemplated the sport's urgent need to redress a 'shame' culture that puts fighter's lives at risk.

"I haven't watched the fight," admitted Andy Lee on Wednesday's OTB AM, "because I don't want to watch the fight."

An IBF junior welterweight bout held on Friday night, Maxim Dadashev's attempt at building a 14-0 professional record came undone when his coach Buddy McGirt stopped the fighter after the 11th round.

What Lee surmised as a coach's attempt to spare his fighter unnecessary punishment in a hopeless cause, he suspects the prospect of Dadashev's next fight would have been to the forefront of McGirt's mind.

In the immediate aftermath of the stoppage, however, it became clear that the nature of Dadashev's injuries was devastating. Within days of being put into a medically-induced coma following emergency brain surgery, the 28-year-old Maxim Dadashev was pronounced dead.

"It's a tragic loss," stated a visibly disturbed Andy Lee, "and a reminder for everyone about the dangers for boxing."

Where the necessity of mourning Dadashev's untimely passing is self-evident, Lee's thoughts extended to the lessons that must now be learned. Acknowledging that boxing requires the close attention of medical experts to often save fighters from themselves, it is the toxicity of boxing's 'shame' culture that came under closer scrutiny.

"I think the boxing community and boxing fans need to change the way they look at boxing and this attitude of never quitting," asserted the former middleweight world champion boxer.

"The same weekend in England there was a fight between David Price and David Allen.

"Early in the fight Allen was taking a lot of punches with the hope of coming on later, but it didn't seem like it was going to turn. After 10 completed rounds, Allen said in the corner that he'd had enough.

"He got quite a lot of criticism for pulling himself out of that fight, and in boxing there's this mantra that we go out on our shield, that you don't quit. 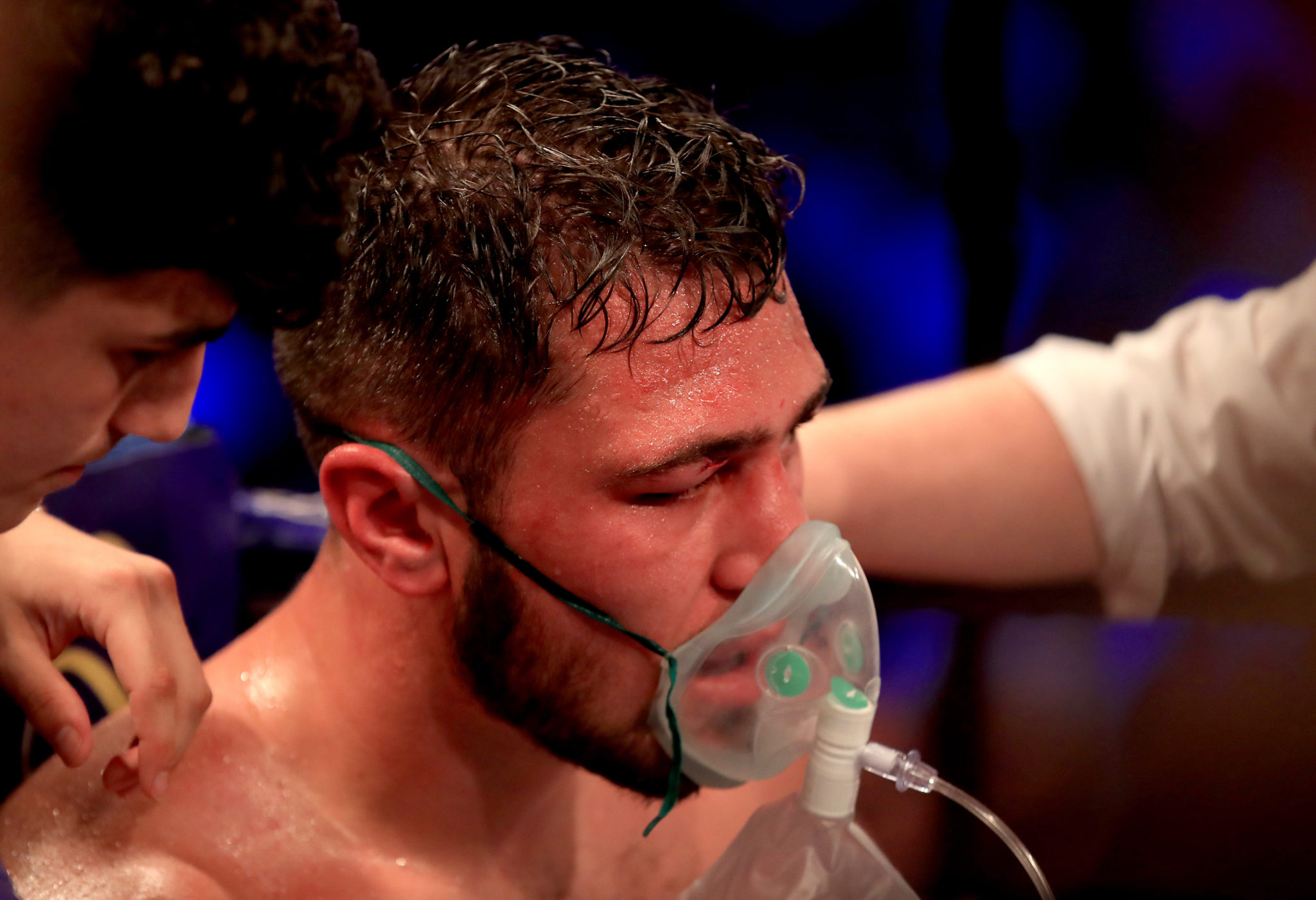 One of many examples Andy Lee called upon, even for some of boxing's most accomplished competitors the ramifications of quitting on your stool can be career-threatening.

"Guillermo Rigondeaux, one of the greatest amateur fighters and a world champion as a professional, more or less quit in a fight against Vasyl Lomachenko," recalled Lee.

"He's never been given the same opportunity again, never been looked at the same way by fight fans and boxing industry people.

"He's still here today though, and Dadashev is not. He was a guy who didn't want to quit, and look at what happened. He goes on longer than he should have and loses his life.

"Given the shaming of a fighter who quits, they feel that they can't quit."

Two-years removed from a professional career that saw him contest 39-bouts, Andy Lee acknowledges the distinction between his thoughts as a competitor and those he possesses as an observer.

"When I was in there," he explained, "I fought.

"With the two major fights near the end of my career against Peter Quillin and Billy Joe Saunders, Quillin dropped me in I think the first-round and I don't remember any of the fight until the 11th round.

"Saunders dropped me in the third-round, and again I don't remember the fight, only the decision at the end.

"When I see Dadashev in the corner, and he's not responsive when his coach is talking to him, that's how I was in the fight with Quillin certainly.

"You keep fighting, and that is what we do, but as we've seen with Dadashev, it's not always the best thing really.

Although Lee does not for a moment suggest that he believes those fights should have been stopped before the conclusion of 12-rounds, it is nevertheless troubling that so little of the event remains with him.

A tragic death from which no simple solution will emerge, Andy Lee is nevertheless certain that unless fighters feel confident in their ability to walk away when they have had enough, Maxim Dadashev's passing will have been in vain