The English musician can't recall the occasion, during a North American tour while The Smith's legend Johnny Marr was playing guitar with the band.

After slipping a bouncer some cash to get into the sold-out show with his future wife, her sister and a friend, the Limerick fighter soon realised they had been given all-access passes and found their way to the band's dressing room post-show.

"When you were saying that it was making me paranoid, because I know that personally, especially after a gig, I'm so wound up and absolutely exhausted. I really hope I wasn't rude or anything," a slightly panicked Jarman confessed, speaking during episode two of OTB's 'Andy Lee Meets...' in association with SEAT.

Andy reassured him that both the band and Marr had been "really gracious," after playing a blistering set.

The bass player is a self-confessed boxing fanatic who Lee describes as one of the few people outside of the sport whose opinion he'll canvas on boxing matters.

As he followed the lead-up to the Limerick-boxer's World Title showdown with Matt Korobov in 2014, Gary noticed that Andy had followed the band on Twitter.

After sending him a message wishing him well in the contest, the two quickly struck up a friendship.

Jarman Skyped into OTB Towers from Portland, where he has settled with his partner, fellow bassist Joanna Bolme - who performs with a number of acts including Stephen Malkmus and the Jicks. 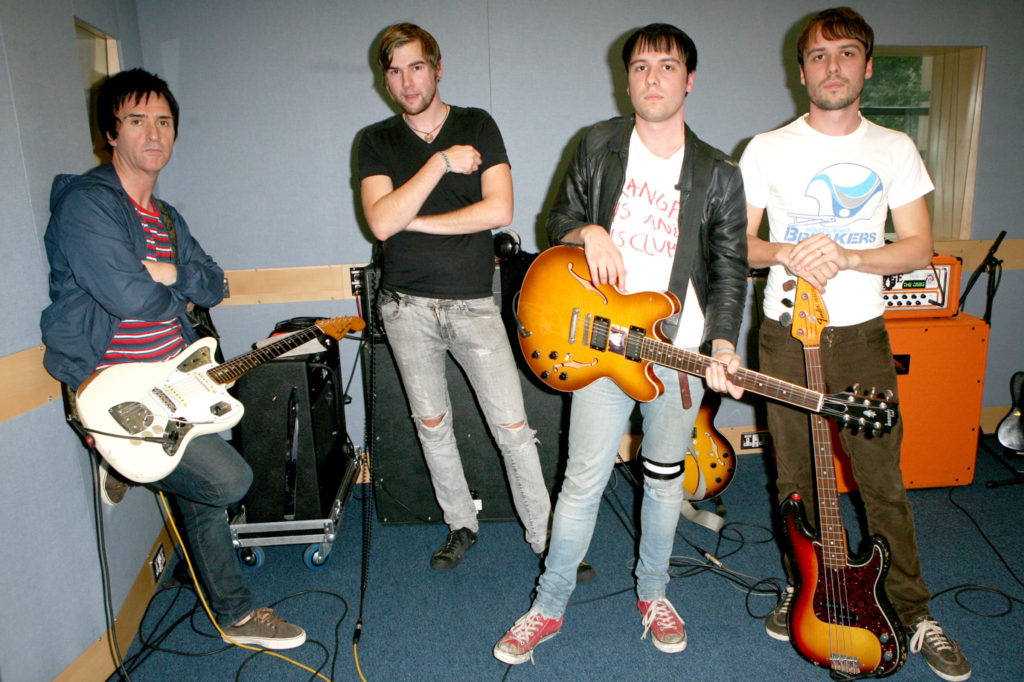 During the hour-long conversation the pair discussed the similarities between the music industry and boxing, Jarman reflected on the challenges of maintaining your voice in a music industry where executives are desperate to not miss out on the 'next big thing,' the challenges of avoiding rock and roll pitfalls (especially in your 20s) and what it's been like to create music and be in a band with his two brothers for almost 20 years.

Keep your eyes on OTB's social channels for a special interview featuring Andy and former-Republic of Ireland manager Brian Kerr next week.

Andy Lee Meets on OTB Sports is in association with the all-new SEAT Leon, the brands’ first fully connected car.