Mexican superstar Saul 'Canelo' Alvarez has the opportunity to join the greats of the middleweight division if he overcomes Daniel Jacobs this weekend.

The pair clash in a bout which will unify the WBC, WBA and IBF middleweight titles on Saturday at the T-Mobile Arena in Las Vegas.

The hotly anticipated clash sees two of the top fighters in boxing trade blows on one of the biggest weekends in Mexican culture: Cinco de Mayo.

'Canelo' returns to 160 lbs after stopping Rocky Fielding at Madison Square Garden for the WBA version of the super-middleweight crown last December.

The Mexican drops down to more familiar territory at middleweight and is looking to build on his controversial win over Gennady 'GGG' Golovkin in their rematch in August 2018.

Alvarez has built up an impressive CV at 160 lbs - accounting for Miguel Cotto, Amir Khan and Erislandy Lara - while he's fought Golovkin to a split draw and a majority decision victory. 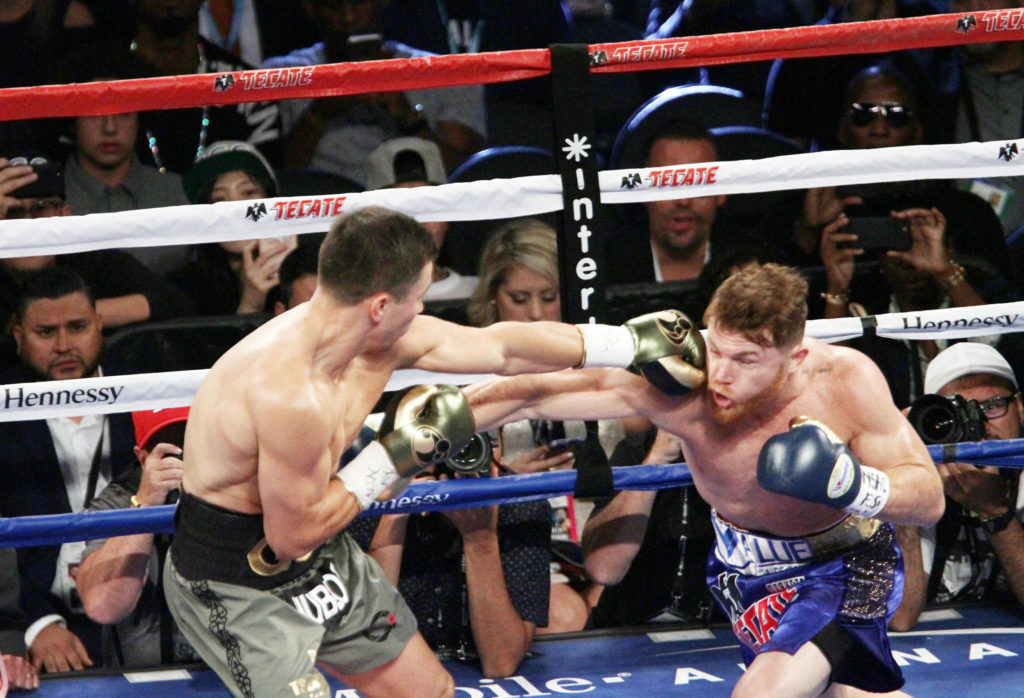 Golovkin's shadow will loom large over Canelo's career until they fight a third, and possibly a fourth time, but he must deal with the immediate challenge Jacobs presents next.

The American can lay claim to 'The best comeback story in sport' after recovering from cancer and the complications it triggered. In 2011, at age 24, Jacobs was paralysed after a large tumour wrapped itself around his spine.

After almost 18 months of treatment, Jacobs arose from his wheelchair to compete in the squared-circle once again, stopping Josh Lutren inside a single round.

Jacobs has gone on to knock-out Caleb Truax, Sergio Mora (twice) and Peter Quillan to solidify himself as genuine contender in the middleweight division.

He lost a close decision to Golovkin in March 2017 but has bounced back with three straight victories - including an impressive technical win over Sergiy Derevyanchenko last time out.

Despite having the power to cause Canelo problems, it's likely Jacobs will use his height and reach advantages to keep the Mexican brawler at distance early on as he looks to accumulate rounds on the scorecards.

Canelo will probably look to close the distance and unleash his vicious body shots that were so successful in his rematch with Golovkin.

Whoever emerges victorious will most likely face Golovkin again but it's Canelo who has the chance to cement his legacy at middleweight this weekend.

World title challenger Dennis Hogan was the special guest for this week's episode of Off The Brawl which is available as a podcast or can be viewed here: