Bellator MMA will stage it’s first European date of 2020 at Dublin’s 3Arena on February 22nd. The card will be headlined by James Gallagher - who broke the news on OTB AM.

"I've got a tough contest coming up," announced James Gallagher on Wednesday's OTB AM. "He's a very good fighter."

He will face Sunderland’s Cal ‘Pacino’ Ellenor in what will be his third headline slot in 12 months. 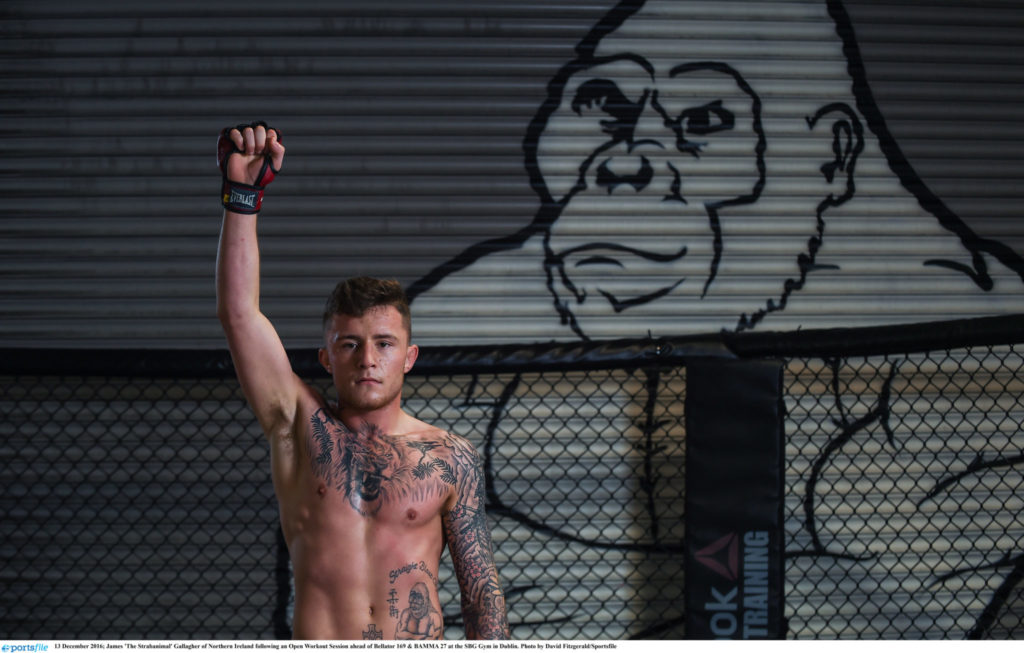 The Irish fighter has been making a comeback-run, following his brutal KO loss at Bellator 204 in August 2018 - when he was finished with a flush head kick from Ricky Bandejas.

That loss is the only blot on his 10-1 pro record. A fourth win on-the-trot would help the Irish fighter to work his way into title contention in Bellator’s bantamweight division. 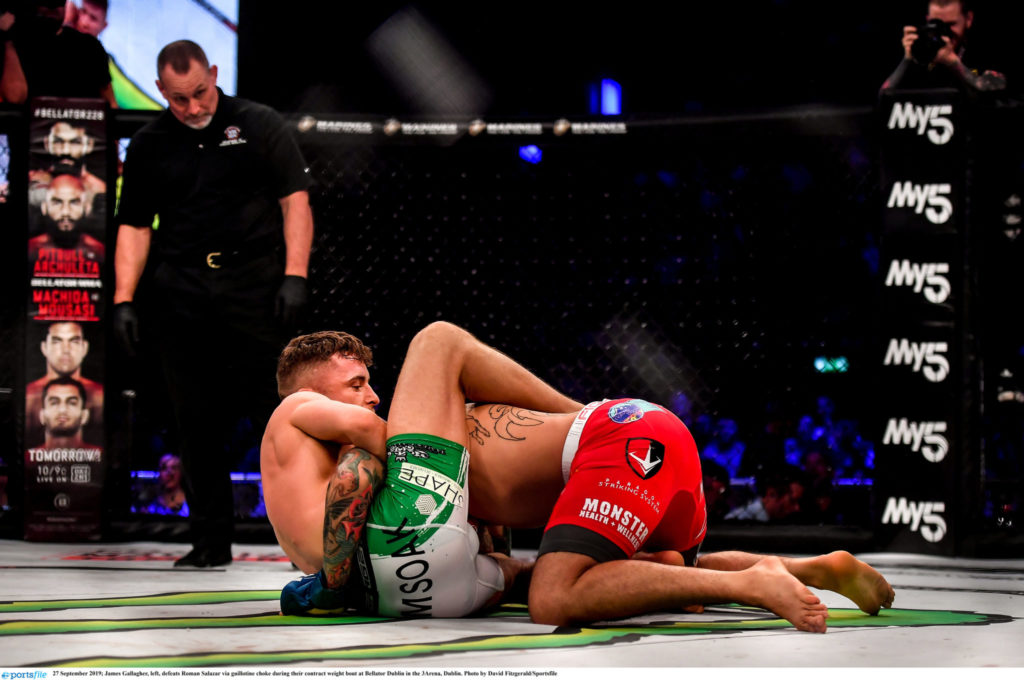 The sell-out crowds attracted to the promotion’s previous dates at the Dublin arena point to both the Tyrone-man’s pulling power and the continued demand for live MMA in the capital.

As ever, the card is set to offer plenty of Irish interest with homegrown fighters Philip Mulpeter, Ryan Roddy, and Northern Ireland's Karl Moore all on the fight card.

Gallagher and Ellenor were originally set to go head-to-head when Bellator last came to Ireland in September of this year.

The English fighter was forced to withdraw, with his replacement Roman Salazar suffering a submission loss - tapping out just 35 seconds into the opening round. 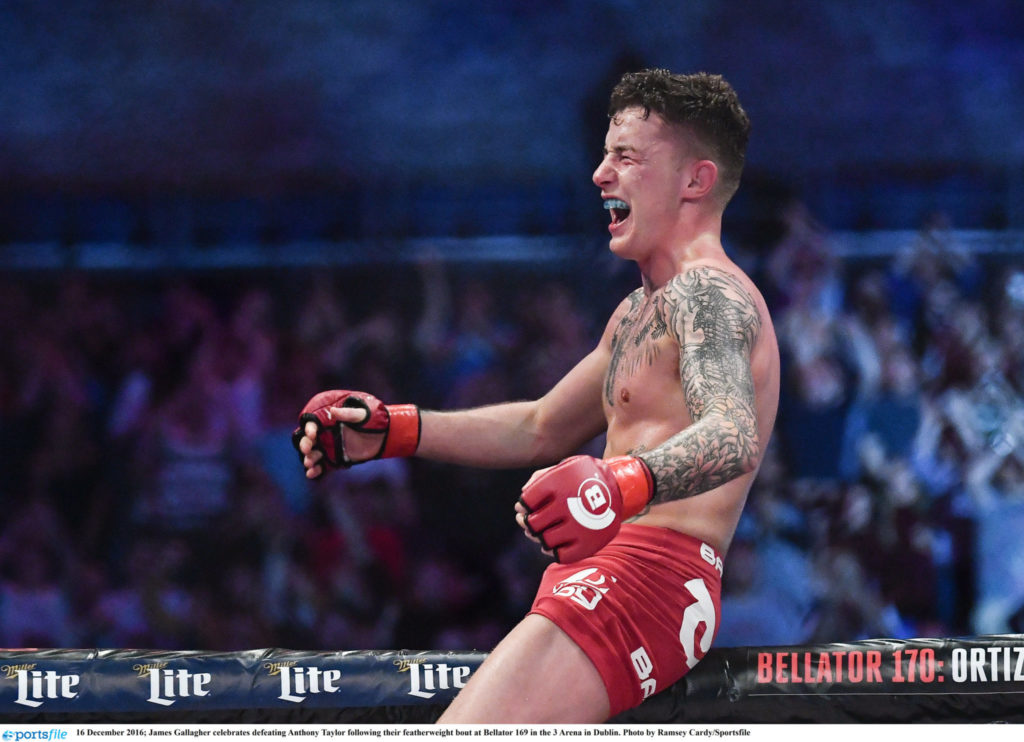 Bellator said the decision to stand-down the English brawler was due to a medical error:

"Ellenor has been medically cleared by a licensed physician to return to active competition, following an incorrect reading initially provided by a doctor in South Africa," the promotion stated.

"Bellator MMA, as well as the Mohegan Tribe Department of Athletic Regulations which oversees the organization’s international events, maintains that athletes pass all medical requirements, ensuring they are held to the highest standards in safety and regulation."

When the date with the 'Strabanimal' was originally set, Ellenor said that he’s excited to fight in front of a partisan Irish crowd - and that he will relish the opportunity to derail Gallagher’s title ambitions.

Here are the confirmed fights:

Tickets go on sale on Friday, November 29th at 9:00am - full details are available on Bellator.com.