World no.33 Barbora Krejcikova, the little-known Czech, is the new French Open champion. In conte...

World no.33 Barbora Krejcikova, the little-known Czech, is the new French Open champion. In contesting the doubles final on Sunday, Krejcikova will become the first woman since Mary Pierce in 2000 to win both the singles and doubles in the same year at Roland-Garros should she triumph.

It took Krejcikova four championship points to defeat the Russian Pavlyuchenkova in a tight deciding set and seal the most memorable day of her career to date.

Just a year ago, the 25-year-old was outside the world's top 100 in singles. She won the Strasbourg Open the day before Roland-Garros started and not an eyelid was batted. Less than two weeks ago, few knew her name. And yet Krejcikova will share the world doubles number one ranking with her partner Katerina Siniakova should they beat Bethanie Mattek-Sands and the 2020 French Open singles champion, Iga Swiatek, in Sunday's final.

To say this weekend, let alone the past fortnight, has been remarkable for Krejcikova - formerly coached by the late, great Jana Novotna - is an understatement. 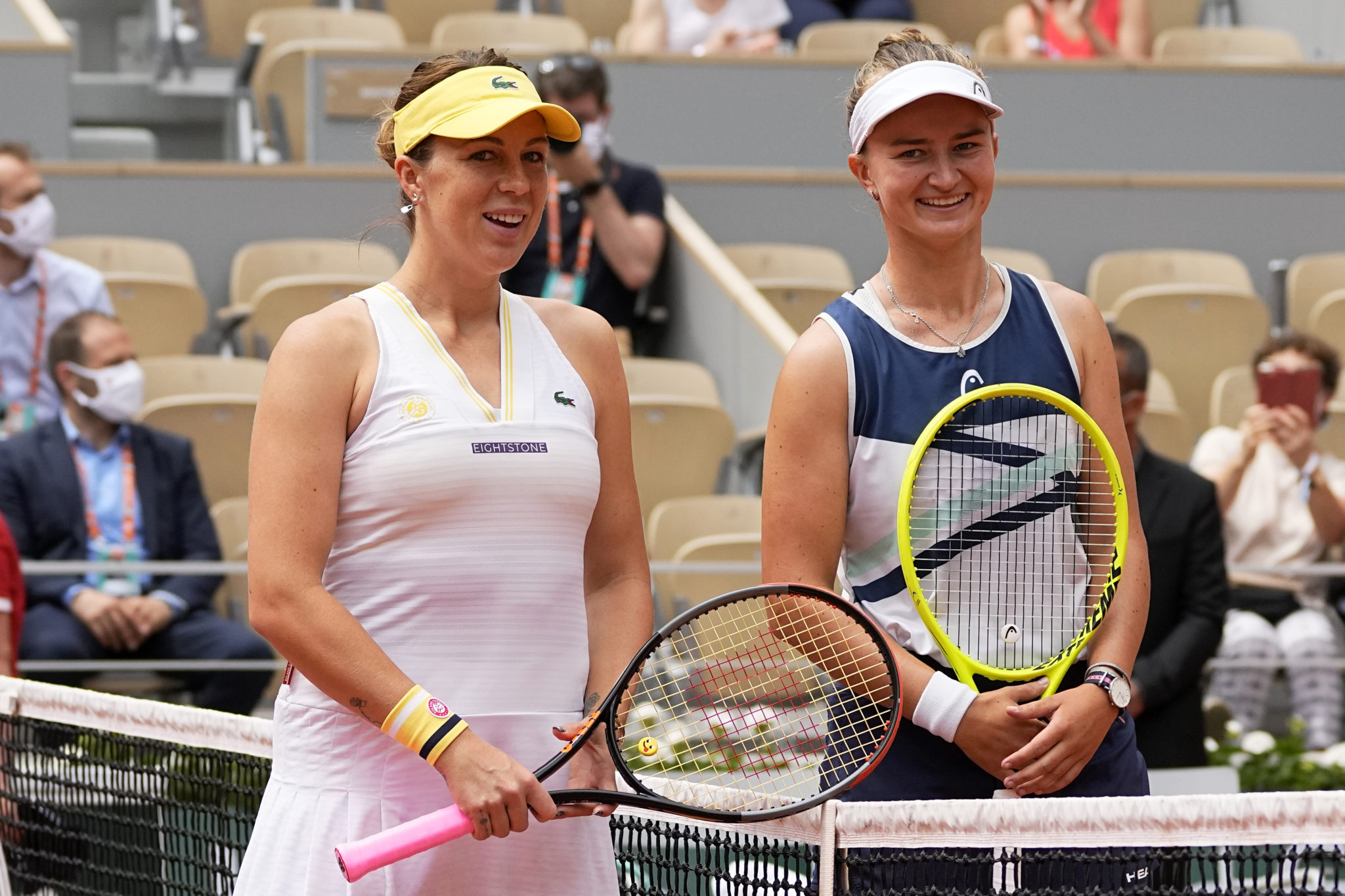 An accomplished doubles player too, the extremely popular and former junior world no.1 Samara native was tipped as the marginal pre-match favourite having claimed 12 singles titles and reached every Grand Slam quarter-final in both singles and doubles. She had never progressed beyond the last eight though prior to this French Open, but this was no ordinary Roland-Garros.

That all changed for Pavlyuchenkova with victory over Tamara Zidansek in the semi-final. Zidansek had never even won a Roland-Garros match before 2021 but went into their last-four encounter having struck the most forehand winners on both the men's and women's side, so the danger was apparent. Meanwhile, Krejcikova incredibly saved a match point in her enthralling women's match-of-the-tournament contender with Greece's Maria Sakkari on Thursday to reach Saturday's final.

Sakkari had previously eliminated Swiatek and Sofia Kenin - last year's finalists. In her quarter-final, Krejcikova saved five first set points against teenage sensation, Coco Gauff. Fate really was shaping up to meet Krejcikova as she and Pavlyuchenkova prepared to commence battle for the first time.

This was a visibly nervy final. Pavlyuchenkova struck first, breaking the Czech to 15, before Krejcikova immediately broke back and took the following five games to see out the opening set 6-1 in precisely 30 minutes. The last two women's finals in Paris have seen comfortable straight-set victories for the eventual champions and a repeat was looking likely here until Pavlyuchenkova imperatively saved a break point in the first game of the second set to hold serve for the first time in the match.

That game was a catalyst for Pavlyuchenkova who was now negating Krejcikova's faultless returns-of-serve and taking control in the process as the more naturally aggressive player versus the more tactical, subtle approach of her opponent. She raced into a 5-1 lead but spurned a set point as Krejcikova broke her on the second attempt to reduce her second set deficit to 2-5.

At this point, Pavlyuchenkova took a medical timeout as an existing leg issue re-emerged earlier in the set. Despite the potentially ominous situation, Pavlyuchenkova amusingly refuelled with Haribo sweets which according to Judy Murray on Twitter, were a dependable burst of energy for sons Andy and Jamie at junior events. 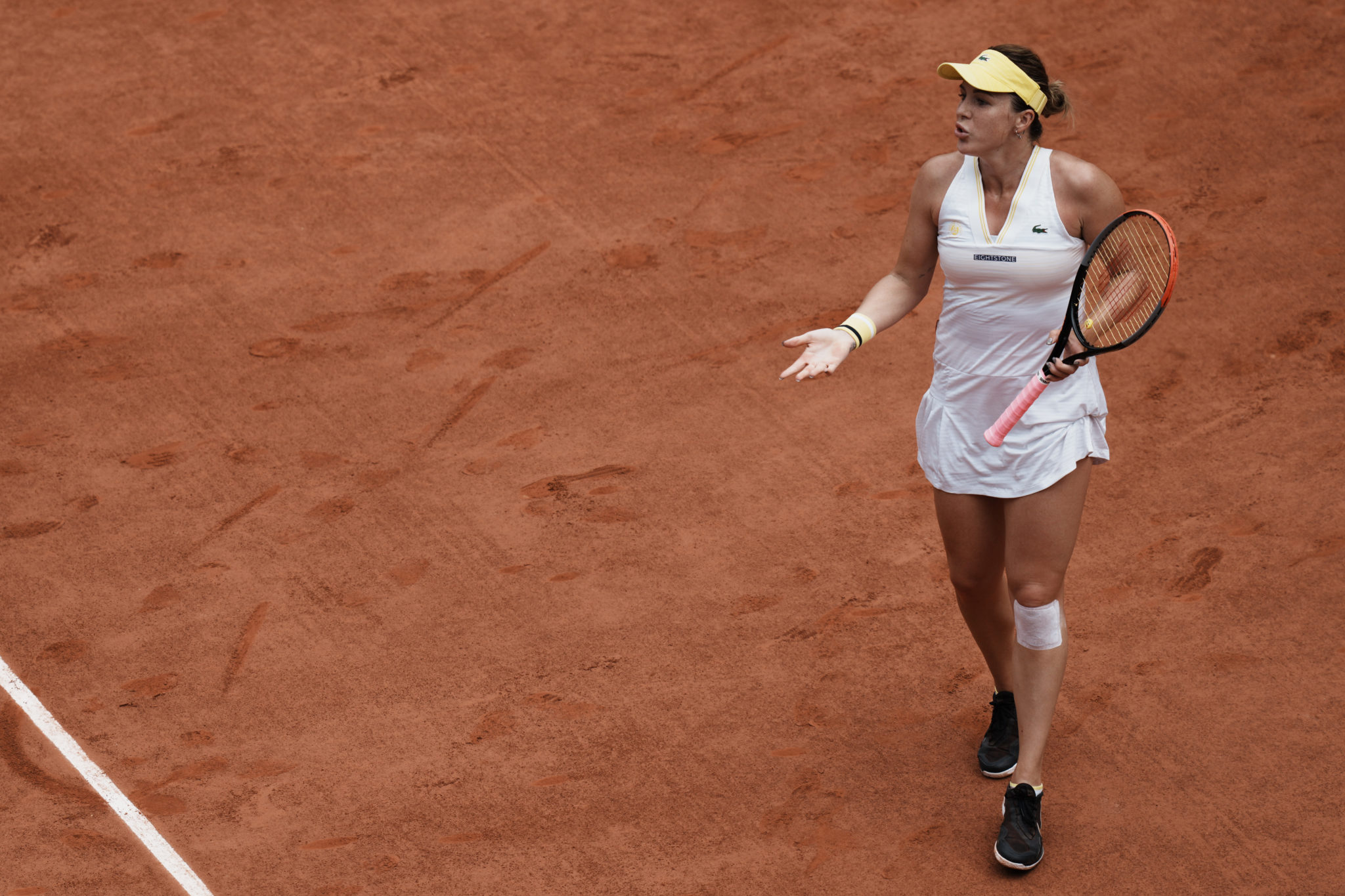 Returning from that digression, Pavlyuchenkova closed out the set to take the women's final into a decider for the first time since 2018 when Simona Halep beat Sloane Stephens (who, as it transpires, Krejcikova demolished in the fourth-round last Monday).

Each player exchanged holds and then breaks, with the most crucial moment of the whole tie occurring bang in the middle of the set as Krejcikova confidently broke to love to take a 4-3 lead. This felt suitably significant. Pavlyuchenkova impressively rescued two championship points on her serve at 3-5 to hold, forcing Krejcikova to serve for her destiny.

She double-faulted on her third championship point but fate finally arrived at the next attempt when Pavlyuchenkova hit just long, causing a slightly subdued climax as it was not immediately clear whether the ball was out. Remarkably, this also happened to Krejcikova in the semi-final against Sakkari when the Greek's ball was called in despite the admittedly imperfect HawkEye - only available to TV viewers - showing the ball was long. That match continued, whereas this was done. Krejcikova had officially just won the French Open, taking the final set 6-4.

Receiving the trophy from another Czech great in Martina Navratilova, Krejcikova paid tribute to the universally beloved Jana Novotna who passed away in late 2017 from a terminal illness at just 49 years of age. Realising that Novotna lived near her hometown in the Czech Republic, an 18-year-old Krejcikova visited the home of the 1998 Wimbledon champion with her parents, armed with a letter seeking Novotna's advice on her burgeoning career in the sport.

Novotna responded by hitting a few balls with the youngster before agreeing to coach a player who would become a future singles, doubles and mixed doubles Slam winner. Less than a year after Novotna's death, Krejcikova won the doubles at both Roland-Garros and Wimbledon. Krejcikova has additionally captured three consecutive Grand Slam mixed doubles titles at the Australian Open, the most recent of which was won earlier this year. With Saturday's achievement, she has now equalled the number of Grand Slam singles titles that her idol earned.

And so, for the sixth year in succession, Roland-Garros has hosted a maiden female Grand Slam winner, meaning Krejcikova is added to a growing list containing Garbine Muguruza, Jelena Ostapenko, Halep, Ash Barty, and Swiatek to win the first major of their careers on the clay of Paris.

The women's side of the 2021 French Open will be defined by its remarkable statistics. This was the only time in the Open Era other than the 1978 Australian Open that all four semifinalists were first-timers. Back then of course, many of the top players did not travel Down Under so it's safe to consider this year as unique in the modern age.

In the round prior, six of the eight quarterfinalists were newcomers to that stage of a Grand Slam - Pavlyuchenkova and Swiatek being the exceptions.

Swiatek's last-eight exit this year means that no woman has defended a Grand Slam title, or even reached the semifinals, since Serena Williams at Wimbledon in 2016.

This is all without mentioning Naomi Osaka's shock withdrawal after her first-round win due to mental health concerns. Or the world no.1 Barty who retired injured in her second-round affair. The WTA Tour is stacked with quality and variety meaning results are becoming increasingly difficult, sometimes impossible, to predict.

There is nobody walking on this earth who called a Krejcikova vs. Pavlyuchenkova showdown. Nobody. And yet here we are, another star on the women's side is born.

Amazingly, neither Pavlyuchenkova nor Krejcokova will break into the top 10 after this weekend, demonstrating once more the monumental strength-in-depth of the women's tour compared to the continued dominance of Novak Djokovic and Rafael Nadal in the business end of the men's Grand Slams.

Five of the last eight women's finals at the French Open have been decided in a final set. In contrast, there has not been a fifth set in a Roland-Garros men's decider since 2004, the year before Nadal made his debut.

Each tour is almost a different sport right now. Enjoy the competitive assortment while it lasts.