"I'd never played golf" | Caddying for Michael Jordan in Ballybunion

Having never set foot on a golf course before, John Teahan, former Irish Basketball Player of the...

"I'd never played golf" | Caddying for Michael Jordan in Ballybunion

Having never set foot on a golf course before, John Teahan, former Irish Basketball Player of the Year, explained to Kieran Donaghy on Wednesday's OTB AM how he found himself caddying for Michael Jordan.

For anyone who has watched The Last Dance, it doesn't take much to imagine how great the thrill would have been to witness Michael Jordan at play throughout the 1990s.

Through the odd television clip and magazine, John Teahan, one of the best basketball players Ireland has produced according to journalist Kieran Shannon, was as enamoured by Jordan's Chicago Bulls as anyone.

One morning in 1999 when Michael Jordan's career had only recently come to the surprising close captured in the documentary series, a moment of immense serendipity just so happened to bring Teahan into direct contact with this icon.

"I was driving down Cahirciveen at about half-eight in the morning and the sports bulletin came on the radio," recalled Teahan alongside his Tralee compatriot Kieran Donaghy. "At the end of it, almost as a kind of 'by the way', it was said that an American basketball superstar Michael Jordan is playing golf in Ballybunion today.

"My heart stopped. I'd idolised this guy. I'd gone to see him in 1990 when I went over to Chicago for a year so I just did a handbrake turn - I've got to go!" 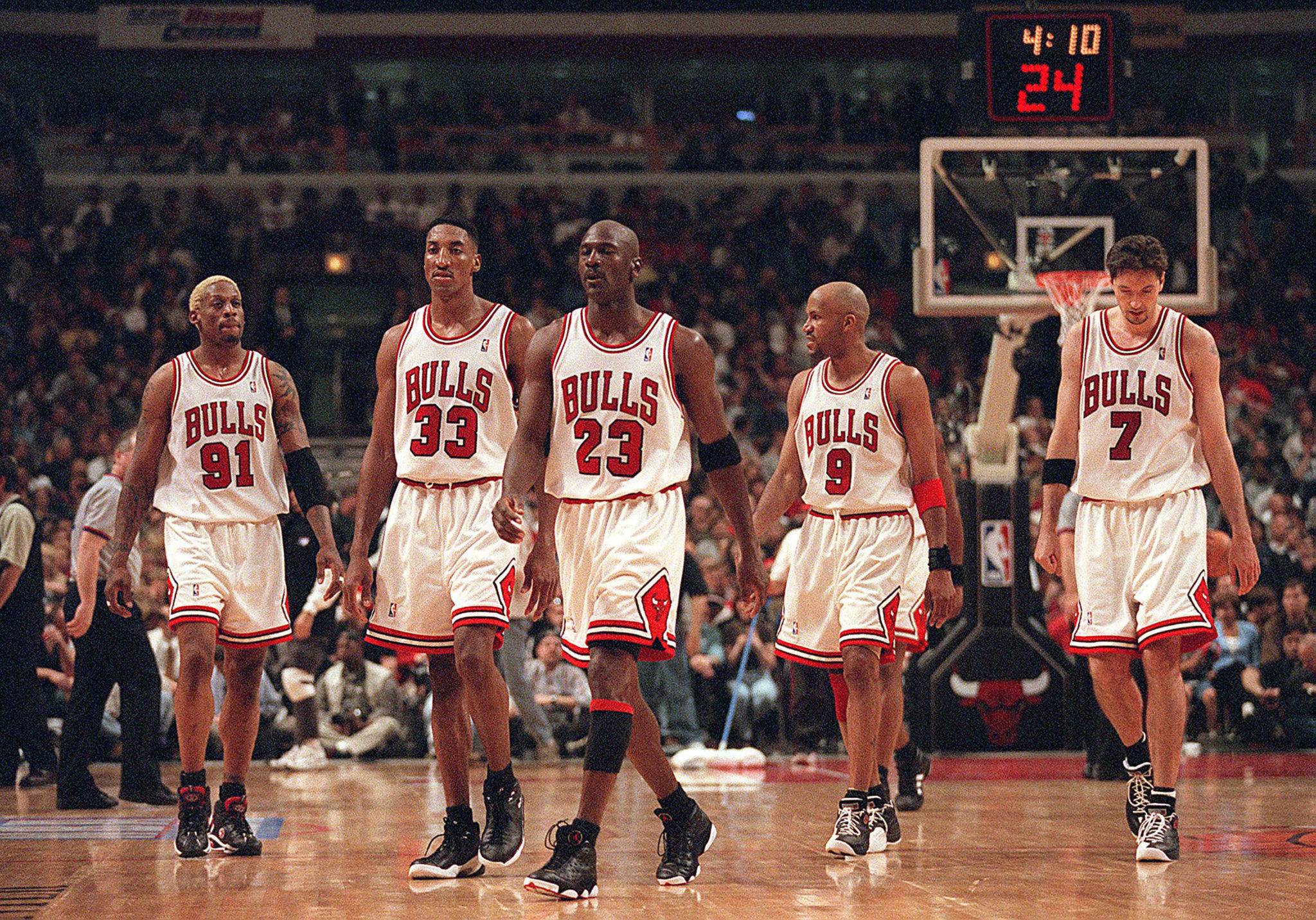 After initially heading to the wrong golf course, John Teahan eventually found his way to where an as yet largely undetected Michael Jordan was working his way through a day's playing.

With surprising ease, he walked through the front door out onto the course and eventually found the basketball legend standing on the fifth green.

"I went straight up to him. 'Hi, my name is John Teahan'," he recalled as Jordan - who was playing with a friend of his from the US - proceeded to introduce himself. "They were teeing off and he was sharing a caddie, this young guy of 14 who had no idea who Jordan was.

Without so much as a clue of how golf worked or what a caddie should be doing for his golfer, Teahan, on the one hand enamoured by meeting Michael Jordan up close, now had to deal with making some big calls.

"We got to his second shot anyway and I'm nervous as hell," he explained. "He was walking ahead of me and I just could not believe how athletic he looked. It was like he was walking on water and he just had this aura about him.

"This is my first time ever on a golf course, right, ever! I'm just thinking about the Bulls and beating the Lakers. He comes up to the ball anyway and turns to me. 'What club you got?' I froze. 'Tralee Tigers ... I play for Tralee Tigers'. He looked at me with this death stare.

"Then he asked me how far away the green was. Well, I'm looking down there, but like everything looked green to me! What saved me was that I had my North Carolina jacket on." 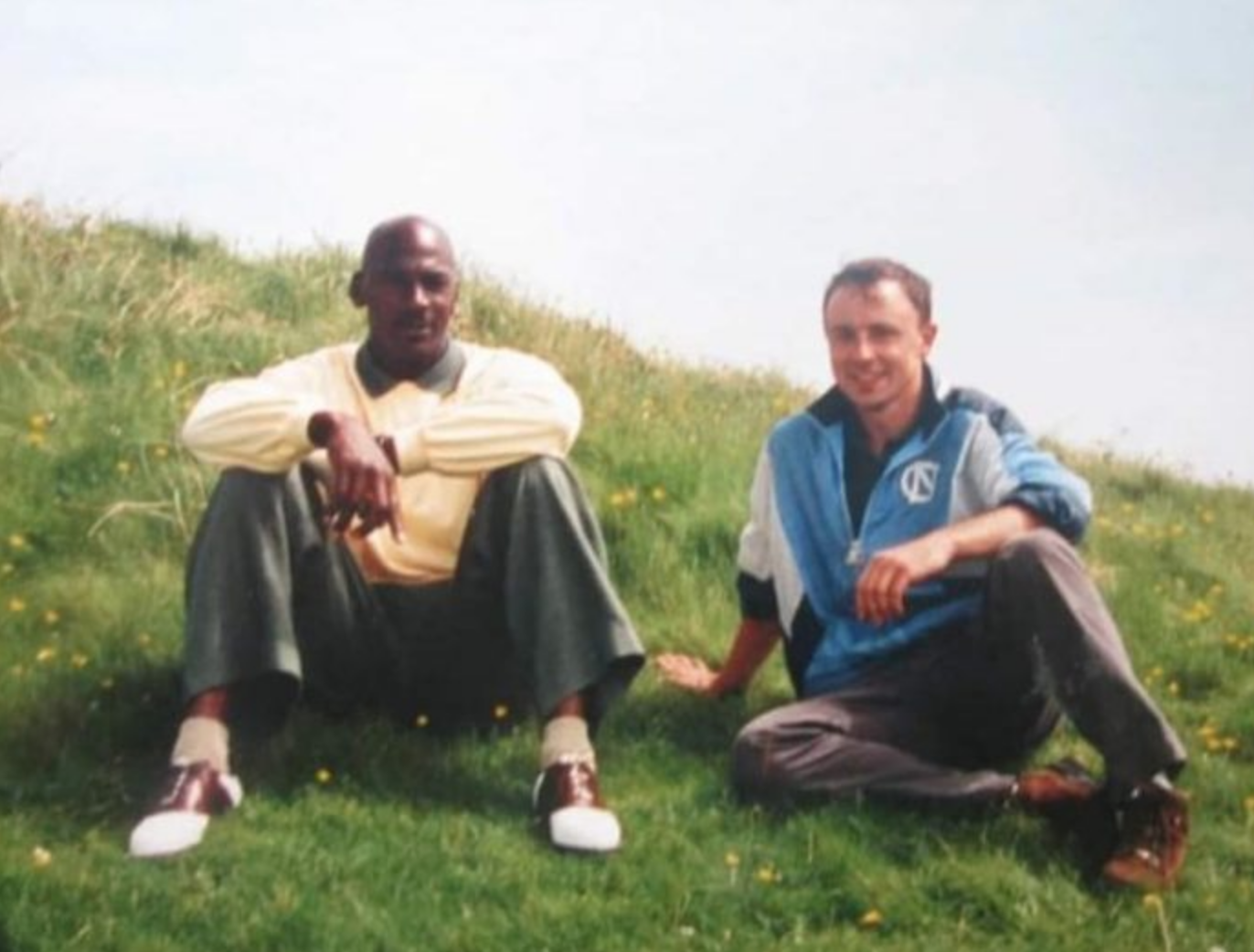 After spending the guts of five hours in the company of Michael Jordan, when the round of golf was coming to its end the scene back at the clubhouse wasn't quite so understated.

While John Teahan had the good fortune of hearing news of Jordan's arrival early, as news spread across Kerry the people just kept on coming.

"Coming up the 18th, it was like the last day of Augusta," he said. "There were crowds everywhere. Myself and Michael Jordan coming up on the final green as if we had won The Masters. That's how I felt."

A once in a lifetime opportunity, you can watch John Teahan tell back this story with Kieran Donaghy here.