The British government has confirmed that there will be no professional sport - even those played...

The British government has confirmed that there will be no professional sport - even those played behind closed doors - until June 1 at the earliest.

They've been filling in the blanks left by Prime Minister Boris Johnson's light-on-detail speech that was broadcast on Sunday night.

Premier League clubs are meeting today to discuss the next phase of their "Project Restart".

It's believed the Premier League are hopeful of a return behind closed doors in early June.

Phase 2 of the British government's roadmap for reopening society includes: "permitting cultural and sporting events to take place behind closed-doors for broadcast, while avoiding the risk of large-scale social contact." 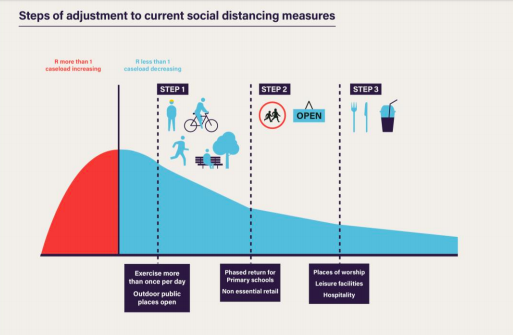 It remains unclear as to when stadiums will once again be open to supporters.

Their latest document warns that the opening of large venues like sports stadiums, "may only be fully possible significantly later depending on the reduction in numbers of infections."

The British government are believed to be keen on a swift return of the English top flight, safety permitting.

Raab said that the UK government "has had constructive meetings with sports bodies".

The new roadmap says that the implementation of its various phases "will depend on the infection risk at each point, and the effectiveness of the Government’s mitigation measures like contact tracing."

The document adds, "The gap between steps will need to be several weeks, to allow sufficient time for monitoring. However, as the national monitoring systems become more precise and larger-scale, enabling a quicker assessment of the changes, this response time may reduce."