The Athletic's Kavitha Davidson joined OTB AM this morning to react to Donald Trump promising a ...

The Athletic's Kavitha Davidson joined OTB AM this morning to react to Donald Trump promising a severe crackdown amid widespread tension and disorder across the US.

Last last night Irish time, the US president declared himself a president of, "law and order,” and threatened to bring military forces onto US streets if the current state of unrest continues.

"I am mobilising all available federal resources, civilian and military, to stop the rioting and looting, to end the destruction and arson and to protect the rights of law-abiding Americans, including your Second Amendment rights," he said in the address.

The Second Amendment is the clause that protects US citizens' right to own arms.

Kavitha Davidson told OTB AM that evoking a need to protect the right to bear arms in a familiar political trope:

"He is very-much inciting violence and frankly, for context for some of your viewers, this is part of a historical pattern. This is a tactic that Nixon used in his campaign to establish himself as, quote-unquote, the 'Law and Order' president.

The entire squad knelt in Anfield's centre circle ahead of today's training session in a powerful show of support for the #BlackLivesMatter movement.

"This is right out of a playbook where the president of the US, president Trump, is trying to incite violence. He is trying to sow discord... He is going to get the violent outcome he seems to be seeking right now."

Discussing the reaction of the sporting world to the death of George Floyd - she said that the scope of figures and organisations speaking out to condemn the incident is unprecedented:

"I think it's a sign of the times. It's a sign of a sea-change, it's also a sign of every generation getting more 'woke,' for lack of a better word. Gets more progressive and has more of an understanding of these issues," she told OTB AM. 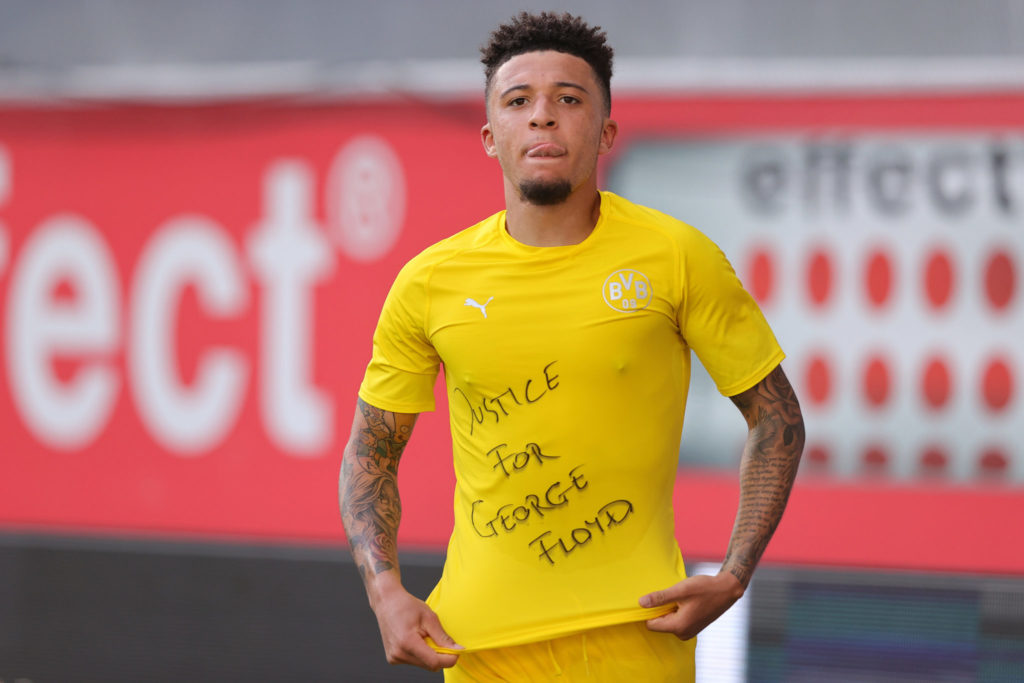 Kavitha Davidson highlighted the fact that teams and organisations have released statements as a new departure, in the past this has been done by individual athletes not leagues or franchises.

A statement from the Chicago Blackhawks. pic.twitter.com/1hEki2Yk3J

While she wonders if there is a degree of opportunism associated with these statements, as it could be an, "Easy PR play for these teams to be making a stand," she also believes this development could have a positive impact:

The writer also highlighted the number of white athletes condemning the death, which has been higher than after other similar atrocities.

The black community needs our help. They have been unheard for far too long. Open your ears, listen, and speak. This isn’t politics. This is human rights.

In particular, a number of white quarterbacks have spoken out:

QB Joe Burrow from the  Cincinnati Bengals tweeted: "The black community needs our help. They have been unheard for far too long. Open your ears, listen, and speak. This isn’t politics. This is human rights."

The killing was also publically condemned by Michael Jordan and Tiger Woods, who she describes as, "black athletes that have famously not been the most involved politically."

Terrence Floyd - George Floyd's brother has called for an end of protests and disruption across the US - and asked for individuals to use votes rather than violence to bring about change, as the US faces a fifth night of national protest.