Wimbledon 2019: Flirting with greatness but delivering only quirkiness

Wimbledon 2019 has been and gone and all that remains are memories of the longest Wimbledon final in its history, the first-ever final set tiebreak, a shock on the women's front and a whole pile of irreverence. Colm Boohig shares his five takeaways from this year's SW19.

It all started with a bang as several seeds unexpectedly fell while the elite gradually dominated and press conferences became increasingly brutal in their honesty.

However, more than anything else, a star is born in the women's game.

What were you doing the summer you turned 15? It may have been wild but doubtful it was as eventful as reaching the second week of tennis' most prestigious competition.

Cori Gauff - or 'Coco', the moniker she preferences when addressed - has astounded the tennis world and casual fan alike with her sudden presence and scintillating performances at this year's Wimbledon.

It was notable in itself when the 15-year-old Gauff was drawn against one of her idols, Venus Williams, 24 years her senior, in the first round. But the way the youngster dispatched with the five-time Wimbledon champion was nothing short of ruthless brilliance.

The result was slightly less surprising for those following Gauff's junior career. She was a finalist at the girls' US Open in 2017 aged just 13 and won the French Open equivalent last year. Unquestionable acumen but breezing through the opening couple of rounds at Wimbledon is an entirely different story. 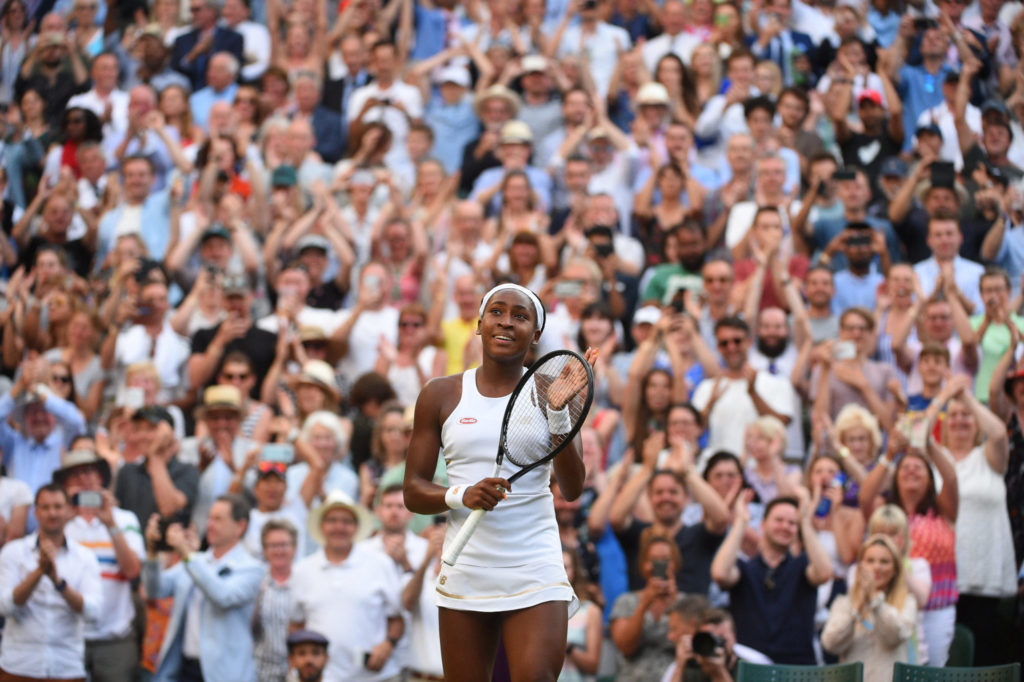 Cori Gauff (USA) during her third round match at the 2019 Wimbledon Championships at the AELTC in London, GREAT BRITAIN, on July 5, 2019. Photo by Corinne Dubreuil/ABACAPRESS.COM

When Gauff overcame two separate match points against Polona Hercog in the third round before eventually defeating her Slovenian opponent, the teenager solidified her status as a young superstar.

On the morning of her first round match, Gauff received a solitary autograph request from a fan. Since her win over Hercog, the WTA and her management company Team8 (co-founded by Roger Federer) have been contacted over 300 times to ask about Gauff's availability for interviews.

That is, quite simply, an astonishing ascent.

The curse of Court no.2 continues

John McEnroe, Jimmy Connors, Pat Cash, Andre Agassi, Pete Sampras, Serena and Venus Williams, and Martina Hingis; just some of the famous names over the decades who have been bettered by Court no.2 in the early rounds of Wimbledon.

There is something about this court and its intimate surroundings that makes it a graveyard for some of the game's greats. But, even for this infamous court's reputation, 2019 has been a remarkable year. 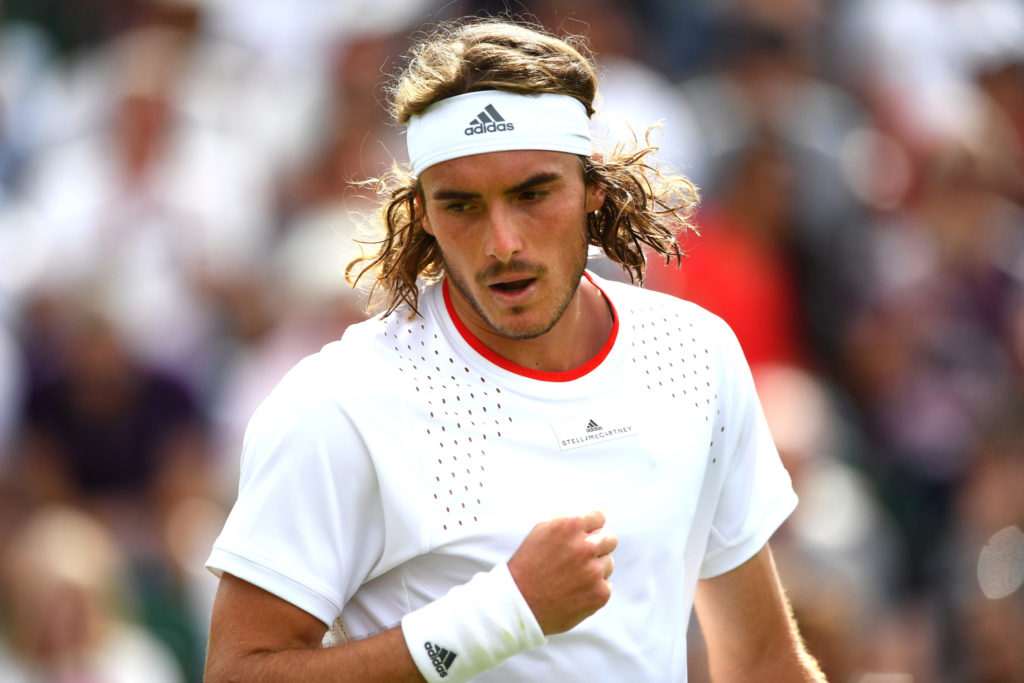 Stefanos Tsitsipas in action during day one of the Wimbledon Championships at the All England Lawn Tennis and Croquet Club, London.

In the opening round the highly-rated male duo Stefanos Tsitsipas (ranked #4 in the ATP rankings) and Dominic Thiem (French Open finalist only weeks ago) fell on the sword of Court no. 2's victims. Meanwhile, the 2004 champion Maria Sharapova was also eliminated at this stage, retiring at 0-5 and two sets down.

Up next in the second round, defending champion Angelique Kerber and the winner of every other grand slam bar Wimbledon, Stan Wawrinka, were ousted.

Finally, women's world number one Ash Barty and former number one Karolina Pliskova were both knocked out in the fourth round on the surface of Court no.2.

Colm Boohig joined Eoin Sheahan on OTB AM to discuss a crazy finals weekend at Wimbledon 2019:

Hard to grasp it fully, but something has been in the air during Wimbledon 2019 that is causing the good and great of tennis to speak openly and honestly in their press conferences.

There has been a stream of suitable examples when player-meets-media this summer at the All England Club.

From Nick Kyrgios refusing to apologise for hitting Rafa Nadal to Bernard Tomic questioning the question of whether he put sufficient effort in during his 58-minute first round pummelling at the hands of Jo-Wilfried Tsonga.

More recently, Johanna Konta reacted angrily when a journalist asked whether she should start blaming herself for her grand slam shortcomings after her quarter-final loss. While Serena Williams had no hesitation in mocking the media's repeated questioning about the condition of her mixed doubles partner Andy Murray and whether he will be fit for the upcoming US Open.

See also; Dan Evans, Alexander Zverev and Barbora Strýcová in this regard at Wimbledon 2019. It has been a blast.

It may appear like Serena Williams is the imperious best on the female circuit as she made yet another Wimbledon final, hoping to add to her 23 grand slam championships and equal Margaret Court's all-time record in the process.

Nevertheless, the last time Serena tasted grand slam gold was the 2017 Australian Open, when she was pregnant. She lost to Simona Halep in just 56 minutes on Saturday, making it three grand slam final defeats in 12 months, including two in a row at Wimbledon.

Since Serena's break from the game after giving birth, there has been a merry-go-round at the summit of the women's game. In the ten grand slams following the aforementioned Australian Open, there have been eight different winners, with Naomi Osaka the only player to clinch consecutive grand slams in that period - last year's US Open and this year's Australian Open.

Osaka was eliminated early doors in this Wimbledon and was lost for words in her post-match press conference.

The defending champion Kerber also bowed prematurely, while world number one Barty fell at the fourth round stage.

Halep, the former world number one and the 2018 French Open champion, had lost nine of her ten encounters with Williams and three out of her previous four grand slam finals heading into the 2019 Wimbledon final. 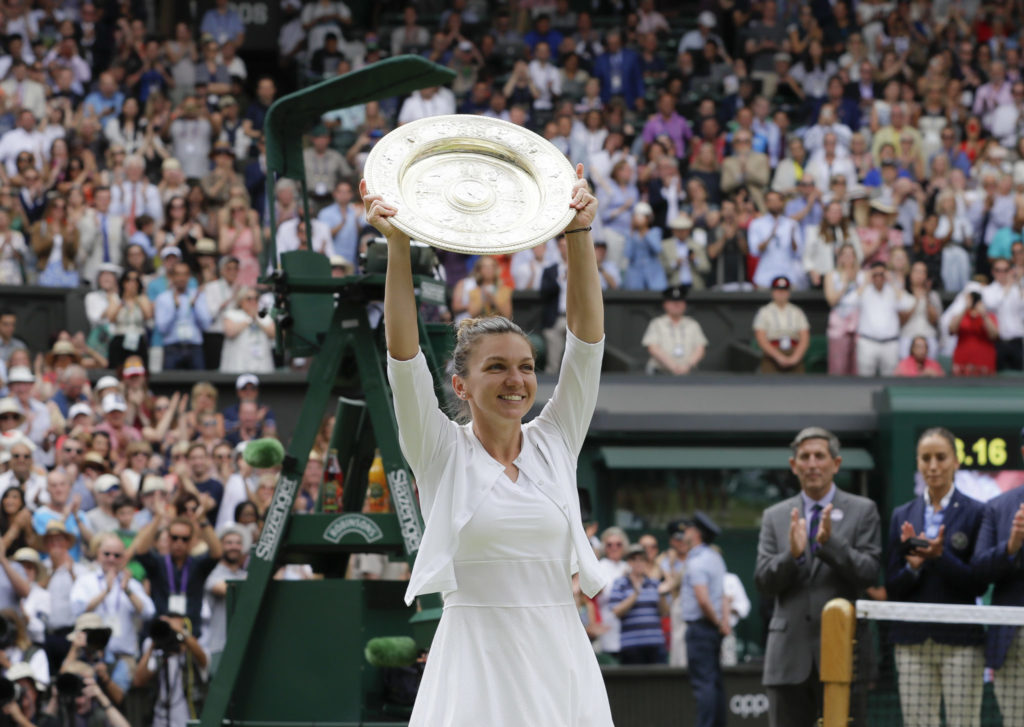 However, her magnificent straight-sets victory over Serena, 6-2, 6-2, makes her the first Romanian to win a Wimbledon singles championship as the 27-year-old doubled her grand slam title count.

As for the men, the final was the best match of the decade and the longest in Wimbledon history, running just shy of five hours.

Roger Federer is the first player since 1948 to have lost a Wimbledon final having had Championship points. It happens to the best of them and that comeback from Novak Djokovic should not be underestimated as the Serb matches Björn Borg 's tally of five Wimbledon titles having won the first-ever final set tiebreak at the All England Club.

But there is a wider issue to address in the game.

The only other players this decade to win a grand slam besides the Big 3 - Federer, Nadal and Djokovic - are Andy Murray, Stan Wawrinka and a one-off from Marin Čilić.

Other than that, you have to go back to the 2009 US Open when Juan Martín Del Potro upset the odds against Federer. 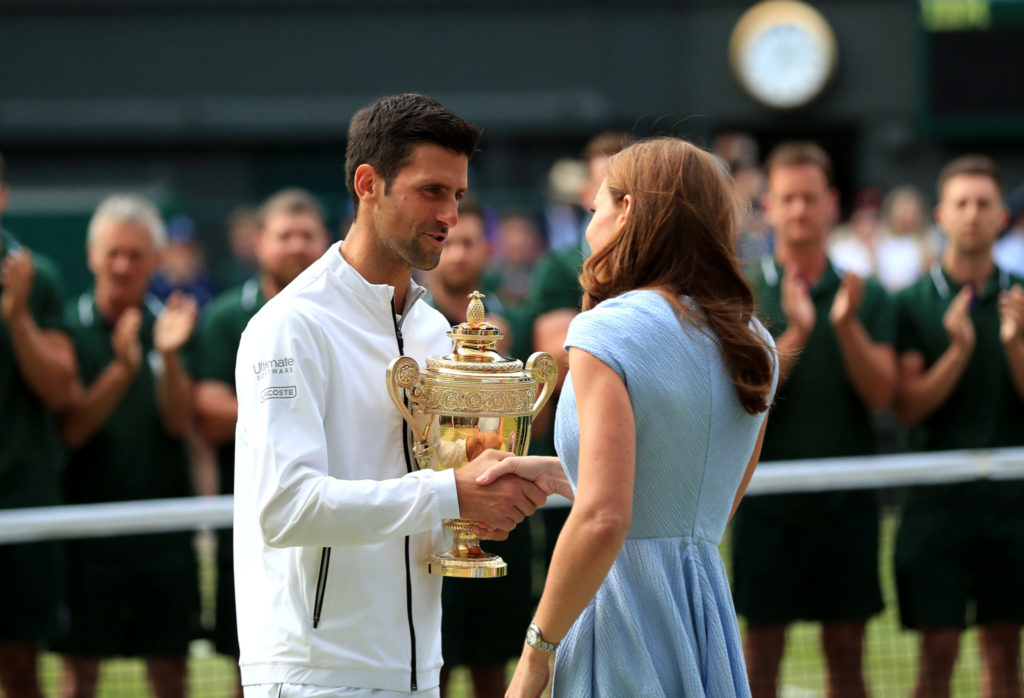 Novak Djokovic is present the winners trophy by the Duchess of Cambridge after beating Roger Federer in the mens singles final on day thirteen of the Wimbledon Championships at the All England Lawn Tennis and Croquet Club, Wimbledon.

To emphasise the dominance of the Big 3, big-serving Sam Querrey entered the quarter-final this year against Nadal having only been broken once and after hitting more than a century of aces. Nadal beat the American in straight sets.

That is a damning indictment of the remaining contenders.

Notwithstanding, this is the first time since 2007 that Federer, Nadal and Djokovic have all been in the last four of Wimbledon together. However, it is the absence of a genuine heir to the throne of the three masters - each of whom is well into their thirties - that is the biggest worry.

The youngest player in the quarterfinals of Wimbledon 2019 was the 28-year-old David Goffin. That is seriously troubling for the future of the game.

Andy Murray and his unlikely return

It seemed implausible when Andy Murray was standing courtside at the Australian Open back in January, watching an emotional video of beautiful tributes from his peers, that this day would ever come again.

Murray appeared finished, succumbing to a relentless hip injury. As the kind words flowed in, the whole sport and beyond were united in their respect and love for the Scotsman. 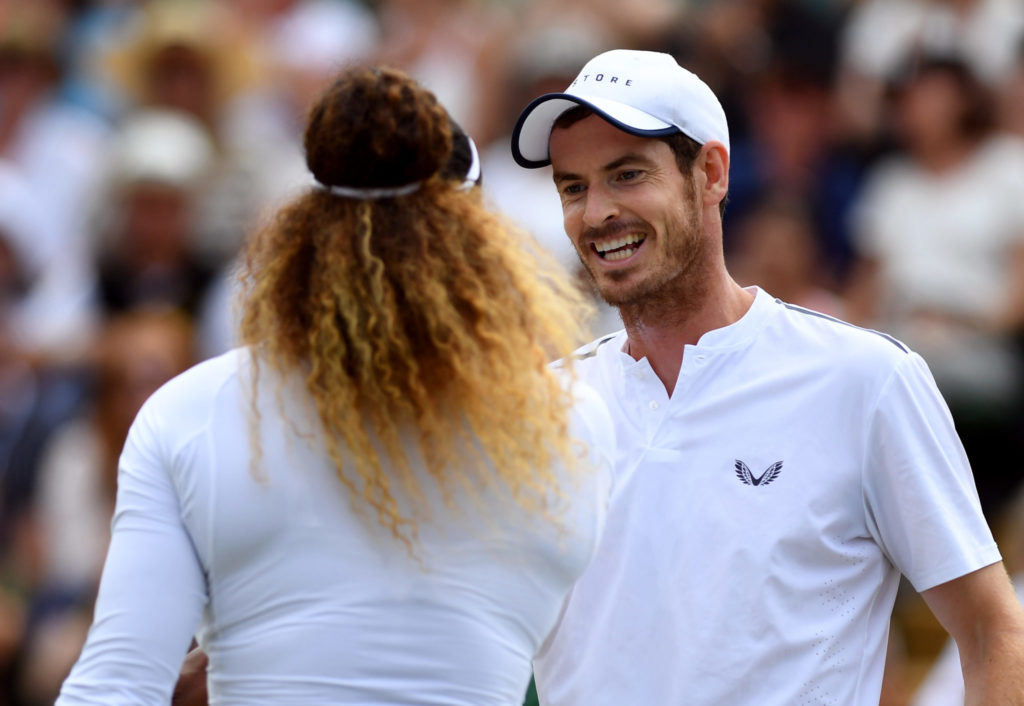 Serena Williams and Andy Murray during their mixed doubles match against Bruno Soares and Nicole Melichar on day nine of the Wimbledon Championships at the All England Lawn Tennis and Croquet Club, Wimbledon.

But the three-time grand slam winner wasn't done just yet and after successful surgery, the 32-year-old made a glorious return to Wimbledon this year.

Partnering Pierre-Hugues Herbert in the men's doubles and, of course, Serena in the mixed, Murray rolled back the years with some lovely play this past fortnight.

The question now is whether he will return to singles action.

His will is certainly present but will it ultimately prevail? Time will tell.

Andy Murray doesn't expect to get back to his very best

Andy Murray will not play singles at the US Open