The racing world has been plunged into mourning by the passing of nine-time Irish champion Pat Sm...

The racing world has been plunged into mourning by the passing of nine-time Irish champion Pat Smullen and his former rival Johnny Murtagh says we've lost a "true legend" of the sport.

Smullen, who won the Derby at Epsom on Harzand in 2016, died yesterday aged 43 following a two-year battle against pancreatic cancer.

"The racing world, not just Ireland, has mourned a true legend," Murtagh told OTB AM.

'When he was coming up, I was at the top so we didn't always see eye to eye! A brilliant, brilliant jockey and a great man. Everybody that met Pat Smullen has nothing but good things to say about him.

"He was a fierce competitor, mentally and physically very strong, you couldn't intimidate him or bully him, you just knew that there was going to no gimmes when you met Pat in head-to-head in a finish.

"He had the talent but also the work-ethic and the drive to keep improving, he worked very hard to stay ahead of the game.

"Everyone in the weigh-room wanted to be like Pat Smullen because he was the main man. For the racing world this is a very, very sad occasion and I feel a great sadness this morning."

Smullen was first diagnosed with the illness in March of 2018 and suffered a relapse in recent months and he passed away at Dublin's St Vincent's hospital yesterday.

He told Off The Ball last year that a positive approach had been key during his treatment and he spearheaded a fundraising drive for cancer research which brought in over two-million Euro for Cancer Trials Ireland.

"When he was fundraising, people outside of racing got to see his steely determination," Murtagh added.

"When he was first diagnosed, it was not a good outcome. We knew it wasn't going to be a good outcome but he went through the treatment and I genuinely thought this guy is going to pull through, this is not going to beat him, this is just another hurdle coming his way.

"In the last two years he seemed in great form, always very positive, his mind was always positive. Then to go an do the fundraising, the race in his name brought all the best champion jockeys from all over, no-one else would have been able to do that but Pat Smullen.

"It's a hammer-blow but people outside of racing got to see the human being he was and you couldn't but love the guy. Deep down, I really loved the guy." 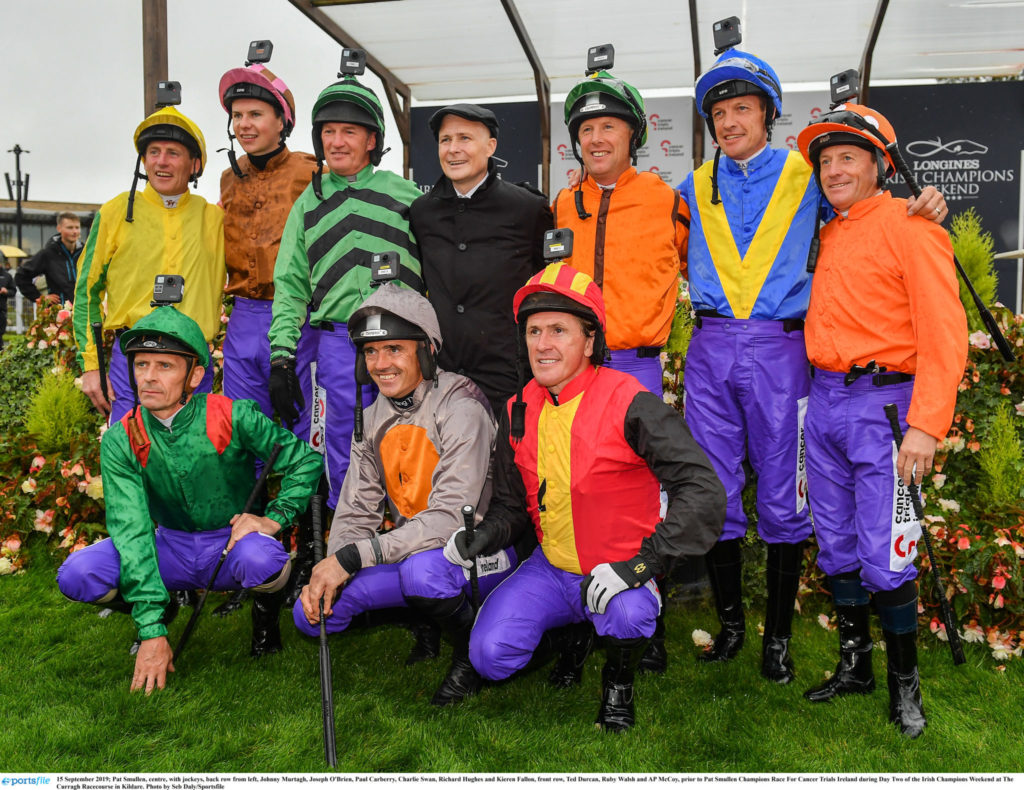 The Offaly man was among the top flat jockeys of his generation, he was crowned Irish champion jockey on nine occasions and won 12 Group One races across Europe.

Smullen was stable jockey for trainer Dermot Weld from 1999 until his until his retirement on medical advice last year. The pair enjoyed an incredible partnership with Rite Of Passage handing the duo a win in the Ascot Gold Cup, Free Eagle in the Prince of Wales and Fascinating Rock in the Champion Stakes.

In all he landed 1,892 victories in Britain and Ireland during a glittering career, having been apprentice champion jockey twice in his youth.

"His achievements in the saddle pale in comparison to his qualities out of it. An inspiration to us all, his legacy is large. All our thoughts this evening are with Frances, Hannah, Paddy and Sarah."

John Duggan: Pat Smullen showed us the qualities of bravery, dignity and class