Paddy O’Hanlon says his win at Fairyhouse racecourse was “beyond his wildest dreams.” O’H...

Paddy O’Hanlon says his win at Fairyhouse racecourse was “beyond his wildest dreams.”

O’Hanlon won this year’s Boylesports Irish Grand National on Easter Monday riding on Lord Lariat. This was the second national winner in a row for trainer Dermot McLoughlin.

Speaking on this week’s Friday Night Racing, O’Hanlon reflected on the celebrations following the big win.

“It’s been a bit of a blur now,” O’Hanlon said. “That was Monday, and now it's Friday, and I'm sitting here outside Kilbeggan. It's gone by fair quick, but we enjoyed it.”

Lord Lariat won the race in Fairyhouse at 40/1 odds. Last week, Aisling O’Reilly tipped the horse following her visit to the stables at the OTB Roadshow the previous week.

O’Hanlon, 24, also detailed the build-up to the race and how he found out he would be riding Lord Lariat.

“We went up to Fairyhouse with Freewheelin Dylan & Lord Lariat for a promo, and Dermot said come on up. He told me if he didn’t get into the National, he’ll be in the one straight after.

“He said whatever he gets in, you’ll be riding him. I was delighted. It was just a matter of waiting to see would he get in, and thank God he did.” 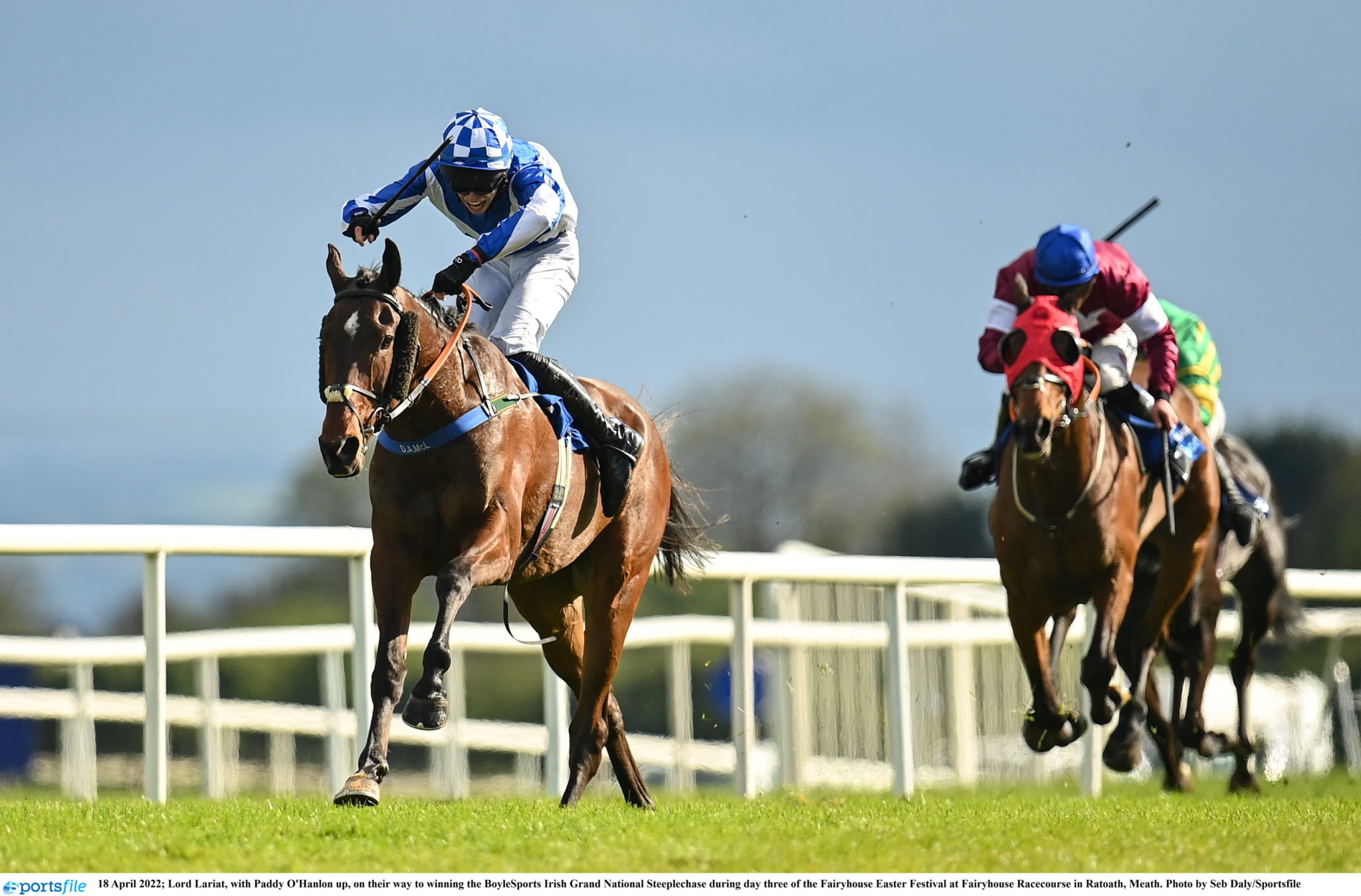 The Meath man praised trainer McLoughlin and their relationship that led to the historic victory.

“He would be a neighbour of mine and a friend,” O’Hanlon smiled. “I won on the horse on New Years’ Eve, and they were looking ahead, hoping he would get in the national. I was hoping to ride Lord Lariat.”

O’Hanlon marked the occasion as one of the best moments of his life, stating the victory was beyond his wildest dreams.

“He’s (McLoughlin) got a great attachment to it. He won it last year, his father won it. I was just delighted to be a part of it.

“To be a part of a race with such history, I was gonna soak every minute of it up whether I win it or not. Everybody was asking me am I in it or not. I didn’t want the build-up to end. What happened just after 5 pm was just beyond my wildest dreams.”