James Nash joined Friday Night Racing this week and discussed his experience of learning under Willie Mullins as an amateur rider.

Nash, who is now an established trainer himself, spent seven years as a jockey working under Mullins and gave an insight into how Mullins built his success as one of the sport's greatest trainers.

Having worked with Dermot Weld for six years prior to joining Mullins' stable, Nash explained that he noticed a big difference between the two.

"Whatever about now, when we went there it was rough and ready."

By the time his amateur riding career was coming to an end, Nash knew that he was interested in becoming a trainer and sought to learn as much as he could from Mullins' success. 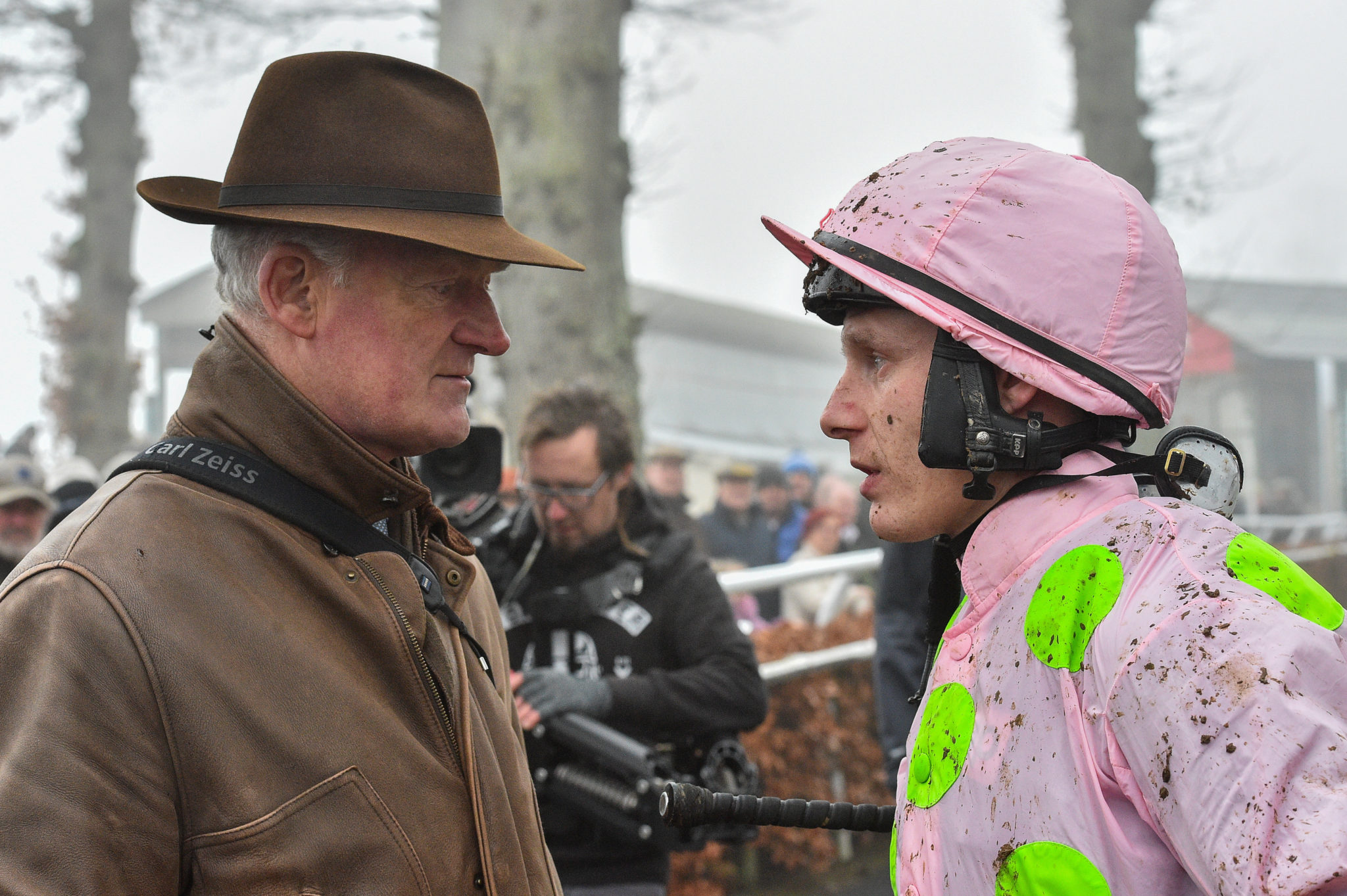 "I had great years there and he was very helpful all the way through. He'd be teaching me as much as he could as he was going," the Curragh-based trainer detailed.

After leaving the stable in 2004 to focus on training, Nash revealed that even still Mullins is often the first person to text congratulations after he has a winner.

Asked what he learnt from the early days of working with Mullins, Nash recalled the emphasis that was put on fitness: "They were just fitter. It really opened my eyes as much as fitness was concerned."

Nash explained it was all about working the horses "harder" than their competitors were: "When I went to Willie's first, Willie won all those races because they were fitter."

"I don't think fitness is an issue anymore but Willie proved that he was brilliant at it, a great manager of people and owners and staff and everything else and then he ended up with the better horses."

While the focus on fitness was able to help Mullins' stable to the top, Nash believes the sport has progressed so much that far more now needs to be done for a trainer to be successful.

"But I think now, in Ireland or in England, when horses get beat it rarely, very rarely, is fitness anymore. There are too many options now. Everyone has gallops, everyone has woodchips.

"Everyone is after catching up with scopes and bloods and all that. That was a thing for the big trainers once a time, now everybody does it. It just went that way, it got so professional."